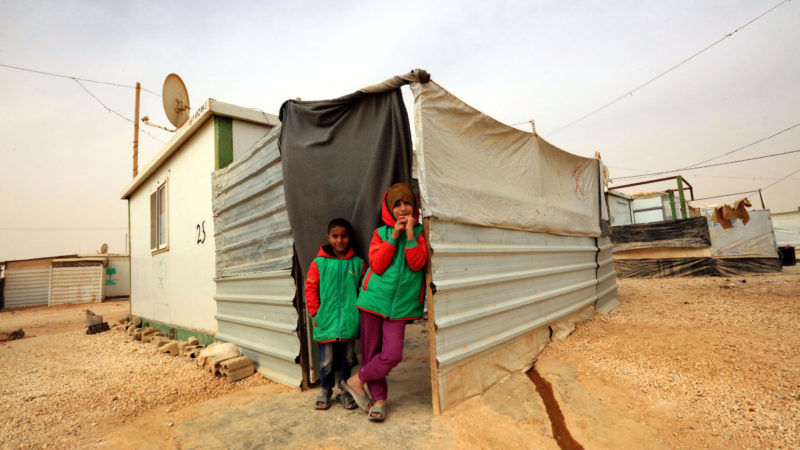 Syrian refugees stand outside their housing unit, on the inauguration day of the largest ever built solar plant in a refugee camp in the world, at Zaatari refugee camp, Jordan, 13 November 2017. [EPA-EFE/STRINGER]

Eurostat’s latest report on EU performance against the Sustainable Development Goals (SDGs) highlights a number of challenges for the EU, including inequality, poverty, gender and biodiversity.

The SDGs were adopted by all the member states and the international community in 2015, but the news from this report will probably miss Brussels headlines. Hitting the headlines or not, the SDGs should not be ignored by policymakers They could be the key to launching the eagerly awaited debate on Europe’s future political priorities.

Although Europe was active in the negotiations on the seventeen goals and the associated 160 targets to reach by 2030, their implementation has had a rough start. 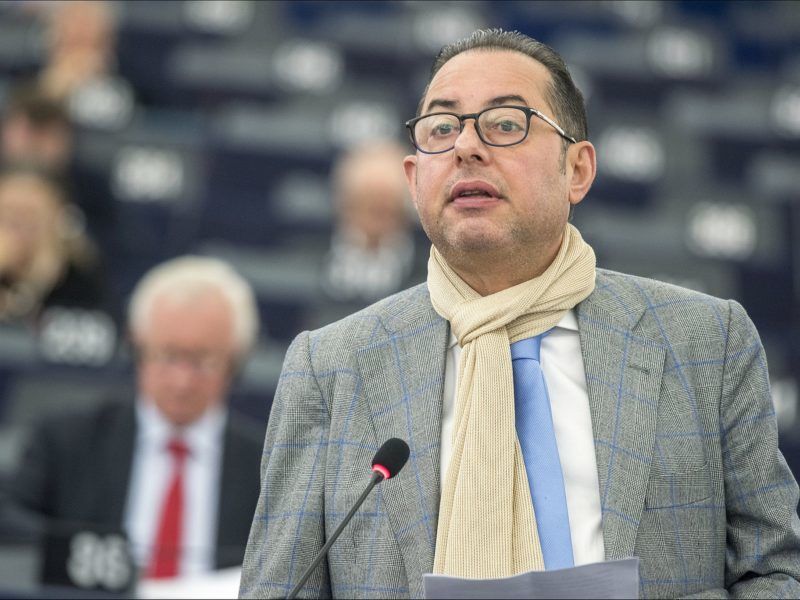 S&D chief: 'Employment for young Africans is a huge challenge'

On the eve of the EU-Africa Summit, Gianni Pittella says that European short-termism in migration policy will not address its root causes, and looks at agribusiness to leverage the continent out of poverty – ‘but not at any cost’.

In its 2016 communication, the European Commission limited itself to a “repackaging” exercise, explaining that current European policies were already aligned with SDGs. An intervention of the European Council and the European Parliament before Summer 2017 moved the Commission to commit to publishing a Reflection Paper in 2018 on the SDGs.

What are the reflections that should be featured in this paper? What should be done with the SDGs at the European level?

A likely scenario would be that the EU simply revises its existing sustainable development strategy to align it with the SDGs. This is what some member states have already done. However, given the lack of political weight given to this strategy to date, such a move would be insufficient.

Europe should be more ambitious and not settle for the bare minimum. Becoming a global leader in implementing the SDGs is not only an opportunity to improve Europe’s reputation for sustainable development, but an opportunity to lead progress on the most pressing European debate – the debate on the future of Europe.

For the time being, this debate is limited to institutional issues: do we want more or less Europe? Do we want a multi-speed Europe? Little or nothing has been said on European political priorities for the next decade. The Europe 2020 strategy had set a political course for the current decade, with a dozen priorities with indicators and goals determined for employment, research, climate change, education, energy and poverty.

What are the EU’s priorities by 2030, and for the next European Parliament and Commission? This question is as important as the institutional dimension. It is certainly the one which interests citizens the most. 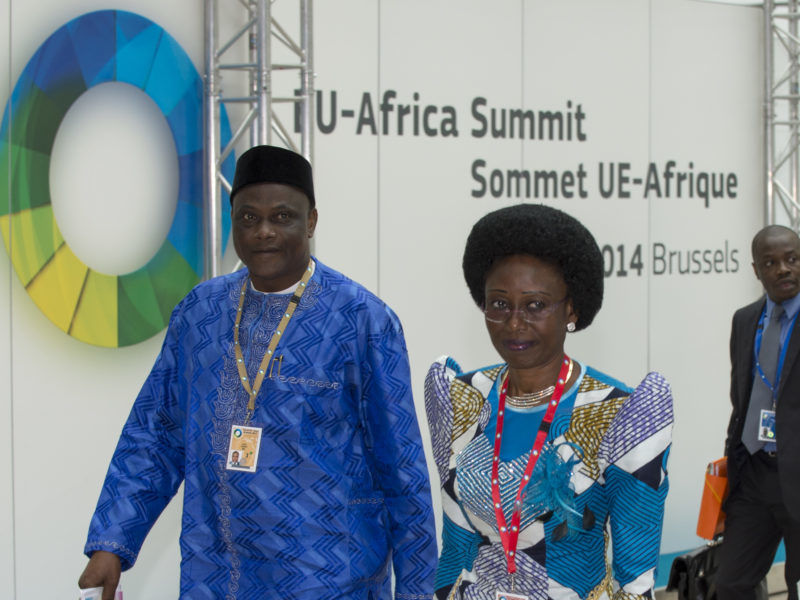 The SDGs are a foundation to start dealing with these issues. It is a legitimate framework because it has been adopted by all member states. There is no need to start from scratch: the European member states have already adopted a common vision, but it needs to be translated into concrete political priorities.

The Eurostat report constitutes a first step of this translation. It identifies concerning trends on various topics that could become priorities for the EU: people at risk of poverty, access to health care, acquisition of fundamental knowledge at school, involuntary temporary employment, inequalities between men and women in the employment rate of recent graduates, income inequalities, investments in research and development, urban sprawl, the status of natural ecosystems, or the Union’s energy dependency.

This statistical work should be followed by two more steps: a technical and a political one.

First, there is a need to fill the gaps in Eurostat’s work with indicators that take into account Europe’s impact on the rest of the world, for example the impact of our imports on developing countries’ deforestation, and in a broader way to help assess the EU foreign policy.

Another weakness is the fact that past tendencies do not say much on the ability of our policies to set us – or not set us – on the right path. Let’s take the example of climate.

Unless new policies are adopted, it seems unlikely that the EU will reach its own objective of 40% reduction of emissions by 2030, and even less likely that the Paris agreement’s goal of carbon neutrality will be met by 2050. We need a policy gap analysis, and this is in fact what the Council and European Parliament asked the Commission to do. 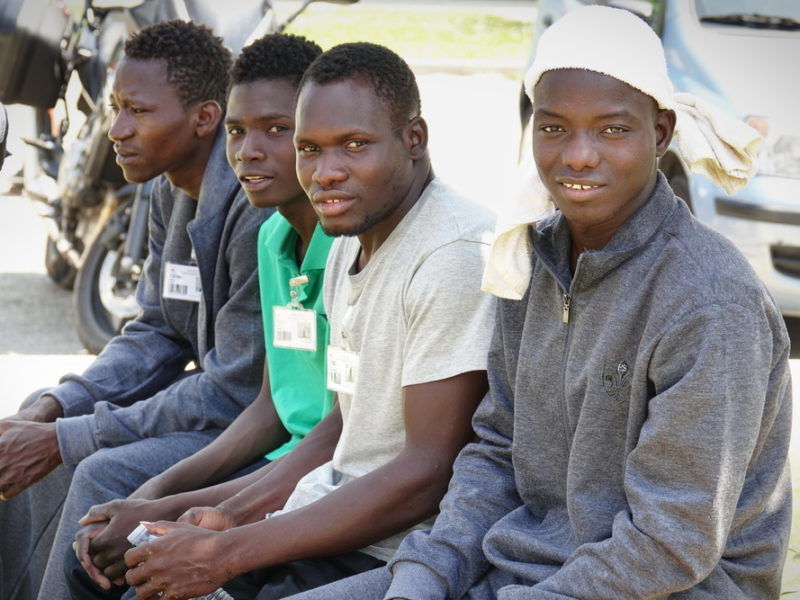 How should we proceed?

A group of widely recognized figures appointed by the European Council and the Parliament could be in charge of proposing a dozen political priorities. These priorities would be based on a more complete analysis of Europe’s challenges of reaching the SDGs.

It should also be accompanied by monitoring indicators and goals for 2030. This group would be accountable to the European Council and Parliament and would present its work in citizens’ conventions and agree a final decision through a “Europe 2030 strategy” discussed during a special s ummit.

In order for citizens to regain trust in the EU, the EU should clarify its vision of progress and main goals for the next decade. The SDGs are a foundation to launch this debate that should conclude in 2019. By the end of 2019, the SDGs and its indicators must be mobilized on other important European topics: the Common Agricultural Policy reform, the Multiannual Financial Framework or the Better Regulation agenda.