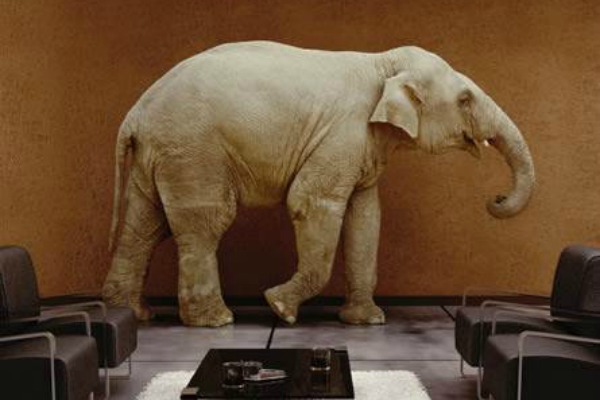 The EU-Africa summit says that it wants to promote sustainable and inclusive growth, but as long as the EU and financial institutions allow transfers of illicit funds, this goal will not be met, argues Christian Freymeyer.

Christian Freymeyer is the Media Coordinator for the Financial Transparency Coalition

These sound like items purchased by the world’s wealthiest oligarchs, right?

Well, they were actually acquired by Teodorin Obiang, son of President Teodoro Obiang of Equatorial Guinea. When his father convenes with other leaders for this week’s EU-Africa summit, a wide range of topics will be covered. But there’s one issue in particular that should be given a loudspeaker during the talks in Brussels: illicit financial flows.

Africa and Europe have a unique financial relationship. It’s one that is marked by illicit capital flowing out of African countries into bank accounts in financial centers across the EU. While the younger Obiang’s official salary is less than $7,000 per month, he managed to spend more than $315 million between 2004 and 2011 on sports cars, beachfront mansions, lavish apartments, and even some Michael Jackson memorabilia. And this is only one example.

In 2011 alone, it’s estimated that €43.7 billion left Africa by way of illicit financial flows; this money should rather have been invested in infrastructure, education and healthcare, all of which are areas highlighted by the EU-Africa Summit. Just to put that number into perspective, African countries received a combined €34.3 billion in developmental aid the same year, according to statistics from the Organization for Economic Co-Operation and Development (OECD).

While the origin of illicit financial flows ranges from government embezzlement to human trafficking, and from corporate tax evasion to grand corruption, the destination seems less ambiguous. The end game for most is to move funds to a place where they can be used freely, and preferably, anonymously.

At the moment, that task is far too easy.

Loopholes in the current system have fostered a strange breed of companies. They don’t do any real work, don’t have any employees, and, more often than not, don’t even disclose who owns them. These anonymous companies are one of the primary vehicles used to funnel illicit money from Africa into places like the EU.

To set one of these companies up, you often don’t even need to list the name of the beneficial owner, the person who ultimately controls and benefits from the company.

Thanks to the secrecy granted to anonymous companies, they become a predictable means for corruption and money laundering. A study from the World Bank estimates that 70 percent of big corruption cases over the last 30 years involved the use of anonymous corporations to help hide the identity of the perpetrators. The report also found that it is easier to set up an anonymous company in Europe and America than it is in traditional tax havens like the Jersey or the Cayman Islands.

When authorities try to investigate these entities, it’s almost impossible to unravel the web. Money often floats through a labyrinth of different companies, in different jurisdictions, leaving, at best, a confusing and incomplete paper trail.

However, with new legislation moving through the EU, part of the solution appears to be within reach.

The European Parliament recently voted to require EU-based companies and trusts to list their beneficial owners in central registers that would be publicly accessible. This would allow authorities, civil society, journalists and citizens from around the world to verify who owns companies or similar legal entities. José Manuel Barroso, President of the European Commission, has already endorsed the idea of registers for beneficial ownership. Although the European Parliament vote was a monumental step in the right direction, the legislation still needs to be agreed to by European national governments.

This week’s summit is an opportunity for leaders like President Barroso and President Obiang to face the subject of illicit financial flows head on. One of the self-ascribed goals of the meetings is to explore ways to promote sustainable and inclusive growth and socio-economic development. But, as long as financial institutions in the EU remain complicit in the transfer of illicit capital, African countries will continue to bleed billions of dollars every year. These porous financial walls undermine the very goals the summit’s leaders hope to address.