Mozambique: The case for SDGs to commit to gender equality 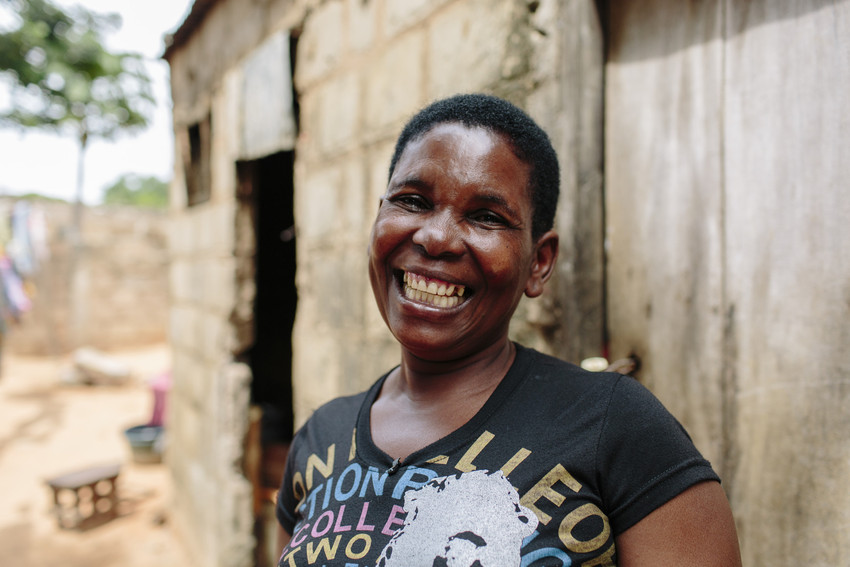 Gender equality is a big problem in Mozambique. [VSO]

SPECIAL REPORT / Tackling extreme poverty should go hand in hand with tackling gender inequality. The EU should use the European Year of Development to be at the forefront of this task, argues Meryl Westlake.

Meryl Westlake is the International Communications Advisor at VSO, the Volunteer Service Overseas.

We know that we can’t end poverty without gender equality. Women account for two thirds of the 1.4 billion people globally living in extreme poverty, earning only 10% of the world’s income. Having visited Mozambique to see how struggling miners’ widows have changed their own circumstances through simple economic empowerment activities, it’s clearer than ever that there needs to be a stronger commitment in building up the capacity of women to step into roles of power at all levels.

2015 is a crucial year for women and international development. It is the European Year of Development and the EU – a global champion of women’s rights – should not miss this opportunity to push for strong action on gender in the SDGs and enshrine their commitment.

I recently travelled to Mozambique with VSO to understand the barriers stopping women from moving out of poverty and to see first-hand how they can be empowered to change their lives.

Despite being one the fastest growing economies on the planet, Mozambique places 178th out of 187 on the Human Development Index, making it simultaneously one of the poorest places.

Such high levels of hardship and deprivation have long had a disproportionate effect on the country’s women.

The vast gap between rich and poor has forced husbands and sons to seek better opportunities in the neighbouring South African mines.

The work is arduous and dangerous. Accidents are commonplace, despite health and safety measures. Lung diseases and tuberculosis are rife and spread faster because of the close-quarters in which the miners work and sleep. HIV rates are also high as many miners visit local prostitutes from South Africa or Lesotho.

When a miner is too injured to work or dies, his family in Mozambique are suddenly left with many mouths to feed and no breadwinner.

Widows rarely get the compensation they are entitled to, as it gets tied up in incomprehensible red tape, and other laws make it hard for them to inherit wealth.

Wives and daughters have no choice but to step into the husband’s shoes. With little education or training, this can be a real struggle.

I met Rute, a grandmother and mother to seven children who lost her miner husband 15 years ago when she was seven months pregnant.

To make matters worse, she later discovered she was HIV positive. She told me, “Life was hard. I was falling sick all the time so I couldn’t continue working as a maid, but I had to find a way to put my children through school.”

It’s a familiar plight facing all the women I met. They need to make a living, but with no man at home, they don’t know how.

VSO are committed to building up women’s capacity in both political and public spheres. An international volunteer has been working with AMIMO, the Association of Mozambican Miners, which supports migrant miners and their families.

Along with a partnership with mobile phone provider Mcel, they have developed an innovative programme called “Phoning Out Poverty and Aids” or POPA. This is a series of income-generation workshops designed specifically for women in mining communities.

A mix of basic accounting skills, business training and savings groups has given those women the economic empowerment they need to change their own lives.

Rute, 50, heard about POPA through a friend, and she immediately enrolled two years ago.

She explained, “We learned to control our business, how to account for what is bought and sold, and how to manage profits and capital. They gave me a loan to buy products for my shop.”

She took me round her barraca (grocery shop), run from her home in Laulane where she sells vegetables, cooking products and phone credit. It is small but efficient, busy and impeccably tidy, and clearly a source of satisfaction as well as income.

Thanks to the reliable flow of cash, Rute tells me proudly that she has also bought a freezer and a computer.

All the women I met had been able to build new homes, invest in their own education or open bigger businesses because of these skills.

Economic empowerment doesn’t stop with the individual; it has benefits for the whole community and family.

Women are more likely to put their money into health and education, investing up to 90% of their earnings in this compared with just 30-40%  for men. I saw for myself that all the widows spent their profits on schooling, homes or medicine, so even the next generation will feel the benefits of this change.

Now is the time for us to commit to a strong, standalone goal on gender equality and women’s rights. We can do this by asking for a specific target in the new SDG’s on increasing women’s participation and influence at all levels of public and political decision making.

The EU should be at the forefront of this push for gender equality. 2015 cannot truly be the European Year of Development if we are not serious about development being for all.

I saw how simple economic empowerment can change the lives of a few families. Just think what else could change if we supported women at all levels to take up positions of power and agency.