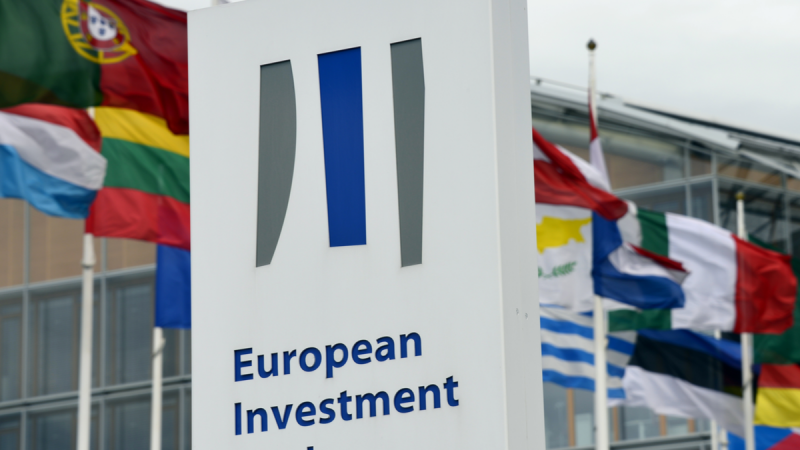 The development arm of the European Investment Bank is expected to be instrumental to the success of the EU's Global Gateway project. So why then is there so little information about EIB Global's structure and mandate, ask Farwa Sial and Adrian Chikowor. [Shutterstock / nitpicker]

The new development arm of the European Investment Bank is expected to be instrumental to the success of the EU’s Global Gateway project. So why then is there so little information about EIB Global’s structure and mandate, ask Farwa Sial and Adrian Chikowor.

EIB Global, a new development arm of the European Investment Bank (EIB), has been operational since January 2022. Yet despite its relevance for the European Union’s financial architecture for development, it has received little attention since it was approved by the Board of Directors in September last year.

Apart from announcements such as the creation of a new advisory group to guide the EIB board and plans for enhanced regional presence, there is very limited information on its structure, governance or even its mandate. No new financial resources have been directed towards EIB Global and it is not clear how it differs from existing EIB investments.

And so far, there has been a total failure to include global south voices in decision-making. In other words, we seem to be witnessing little more than a rebranding exercise.

This week’s EIB Board of Governors’ annual general meeting (on Friday June 17) brings together Finance or Treasury Ministers from the 27 EU Member States. It is a chance to address some of these very problematic issues at a crucial time for global development in a world faced with multiple crises.

The EU has been revamping its toolbox on development finance, ostensibly to harmonise and streamline its operations and the EIB’s role is central to this.

Indeed, the EIB is the sole implementer of investment windows dedicated to lending to sovereign and sub-sovereign entities, and will be competing with other public banks to access guarantees from the EU budget to support the private sector.

However, in the quest for commercial success the bank has invested in controversial projects across the world. Civil society organisations (CSOs) have been documenting the harmful impacts of EIB projects in countries including Nepal, Kenya, Georgia and  Bosnia and Herzegovina.

The impacted communities have lodged numerous cases, testifying about the effect on their lives and livelihoods. Over the last few years, the majority of cases dealt with by the EIB complaints mechanism related to projects outside of the EU.

The significant gap between EIB standards and their implementation on the ground has been analysed in a joint civil society report, which includes concerns about the erosion of citizens’ agency given the lack of participation, and poor environmental and socio-economic impact assessments.

Additionally, other stakeholders such as the European Council, Parliament and Ombudsman have also been calling for greater development impact, increasing transparency and monitoring of EIB investments outside Europe. Despite all this, these demands have largely been ignored.

The creation of EIB Global also coincides with an era of extreme turbulence. The negative impacts of the pandemic, geopolitical instability in the wake of the war in Ukraine and soaring commodity prices are exacerbating the debt burdens of many developing countries.

The IMF’s latest calculations show that more than half of low-income countries are in debt distress or at risk, with a high majority concentrated in Africa.  The African Network of Debt and Development – a CSO working on debt cancellation in Africa – has been warning of an imminent debt crisis.

Many African countries have been forced to divert resources from public spending to debt payments over the years and the situation is only getting worse.  Dependency on commercial credit is a vicious cycle; projects are not revenue generating until the financier’s debt is paid off and user fees borne by citizens exclude their access to essential services.

On the whole, indebtedness not only leads to a negative impact on livelihoods, it also erodes civic engagement on a national level.

In recent months EIB Global has also been highlighted as instrumental to the EU’s €300 billion flagship project the Global Gateway, a project designed to enhance global connectivity through funding large infrastructure projects with a strong role for the EU private sector.

The sheer scale of these projects has been proven to accelerate government debt exponentially in African countries and to contribute to deepening commodity dependence, as it emphasises an export-led strategy for countries in the global south.

As UNCTAD reported in 2021, Africa is the region with the greatest incidence of commodity dependence in the world. The role of EIB Global in ensuring debt sustainability and contributing to socio-economic transformation is therefore crucial.

Development finance without dependency: how to get there?

EIB Global could be an opportunity for the bank to focus on a development finance model that responds to the needs of recipient countries.

Its governance structure, currently centred around shareholders (the EU member states) and European institutions, could be changed by strengthening participation of the global south and ensuring affected communities establish their own strategies and priorities.

Without equal representation from partners in the global south, and increased transparency and accountability, the creation of yet another bank which leverages EU business interests is nowhere near the purported goal of being a development bank.

A recent report  contains a proposal that could enable EIB Global to successfully operate in the public interest. It is based on three interconnected pillars: definancialised development, democratisation and decolonisation of operations, and the co-creation of metrics that matter for sustainable and equitable development.

Overall, it calls for EIB Global to adhere to public purpose goals, building in and on renewed mandates and processes that institutionalise democratic values and equitable development processes. What it should not do is prioritise private investors’ interests.

Citizens, communities, civil society organisations, and EIB shareholders, including EU Member States, have a role in making all this happen.

Placing public purpose at the core of EIB Global is vital if it is to play an effective role in financing sustainable development in the wake of the COVID-19 crisis, and in the longer-term ambition to deliver on the Sustainable Development Goals (SDGs) and Paris Agreement.

We urge the Board of Governors to seize the opportunity presented by this week’s meeting and take vital action.