The Brief, powered by ENTSO-E – Wanted: One strong voice for Africa 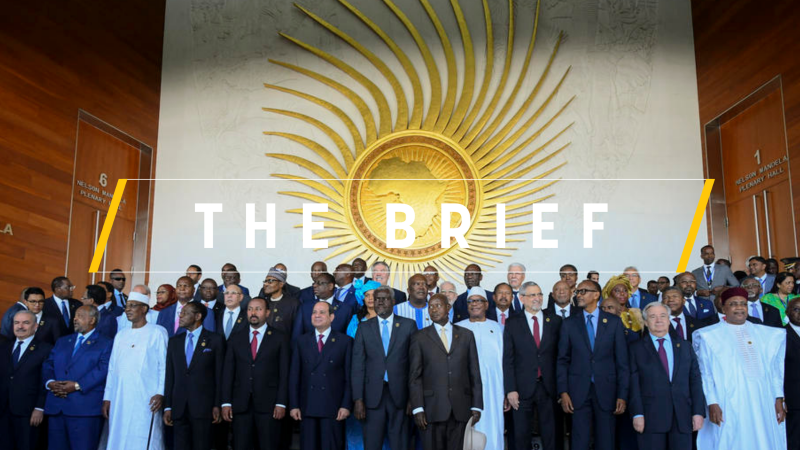 A strategic partnership with Europe’s ‘sister continent’ was supposed to be this year’s prize. But the EU-African Union summit, originally due this week, was postponed because of the COVID-19 pandemic.

With a couple of extra months to prepare and adjust to the post-COVID world, everyone is making the right noises now, in Brussels at least. All agree that the two continents must have a ‘genuine partnership of equals’, and that the EU must do more listening.

This is all a welcome step forward but long-standing problems still remain.

The agenda for the ‘partnership’, for example, largely bears the hand of the Commission.  And if the agenda is still dictated by EU, ask African NGOs, how can this be a ‘partnership’?

Also, the focus on digitalisation, migration, and the ‘green transition’ is really the EU’s agenda, the NGOs complain.

Instead, what is needed is a fundamental overhaul of the trading system between the two continents to correct long-standing structural unfairness and exploitation that sees Africa export its raw materials to Europe, where European firms turn them into finished products.

The imbalance isn’t necessarily the fault of the EU though.

Just as the multitude of EU presidents has contributed to the bloc punching below its weight internationally, Africa has a similar problem. Ask the question of who speaks for Africa, and you will struggle to get a clear answer.

The Addis Ababa-based African Union (AU) has ambitions to rival the European Commission but no one could pretend that the institutions are equal partners.

Though the AU has made a huge breakthrough in driving the African Continent Free Trade Agreement, which becomes operational next year, it is a much younger institution with far less buy-in from its member states.

In almost all cases, the African continent’s heavyweights – including South Africa, Nigeria and Morocco – prefer to act alone.

Exhibit A is the talks on the successor to the Cotonou Agreement governing trade and political relations between the two continents. The AU sought to negotiate a continent-to-continent accord with the Commission but was blocked from doing so by its own members.

The fact that the AU is a more serious player than the African, Caribbean and Pacific Community, a post-colonial relic whose secretariat is paid for by the EU, told against it.

Many African leaders simply did not want to challenge the status quo in which development aid is too often wasted or misdirected and the needs of African people ignored.

The AU needs to carve out a set of coherent demands from the EU ‘partnership’ and the continent’s leaders need to stop binding the AU’s hands. When it comes to continent-to-continent relations, Africa needs one strong, clear voice.

The EU has the power to execute a potential breakup of global Big Tech giants, but it is not currently the “right thing to do,” the European Commission’s Vice-President for Digital Affairs, Margrethe Vestager, has said.

The recent tensions over Hungary’s election interference in Ukraine, which have led Budapest to threaten to block Kyiv’s Euro-Atlantic integration efforts, should be resolved bilaterally, a Commissions spokesperson said.

Some “Russophobe” EU member states directed by Washington are hindering the strengthening of the relations between Russia and Croatia, Russian Foreign Affairs Minister Sergey Lavrov has been quoted as saying ahead of his tour of the Balkans, which excluded Croatia.

With plans for a new EU-Africa ‘partnership’ blueprint delayed by the COVID-19 pandemic this year, 2021 should be “the Africa year for the EU,” the EU’s chief diplomat, Josep Borrell, said during the Socialist and Democrat political group’s Africa Week.

The parliamentary group of the German Social Democrats (SPD) is expected to adopt a position paper on EU policy. In it, the MPs call for open asylum centres throughout Europe, a CO2 border tax to raise the EU’s own resources, and more leeway for state resources in digitalisation.

The European Commission will look to ensure that hazardous chemicals, such as pesticides, banned in the EU are not produced for export, including by “amending relevant legislation if and as needed”, an EU source has confirmed to EURACTIV.

After France’s National Assembly discussed its “National Strategy on Plant Proteins for Human and Animal Nutrition”, EURACTIV France reports on spirulina, a high-protein food and favourite among the French that can help combat malnutrition.