The EU must stand firm against ‘One of Us’ 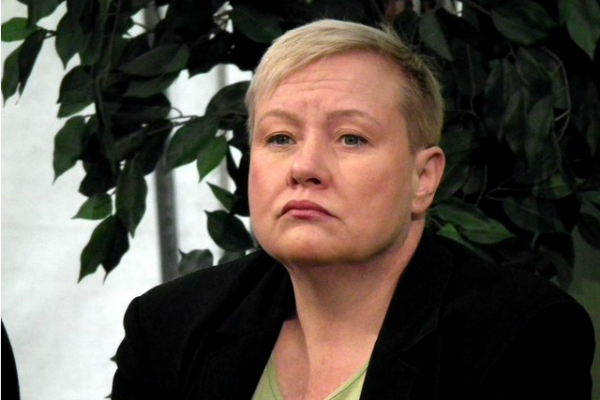 The proposal by ‘One of Us’ to ban funding for any activities that could involve the destruction of human embryos is regressive, counter-productive, and inimical to the EU’s ideals, writes Sirpa Pietikäinen

Sirpa Pietikäinen is an MEP in the European People’s Party.

A European Citizens Initiative (ECI) by a group called ‘One of Us’ could severely impact EU development funding for maternal health if it is successful. The ECI is a new mechanism which allows EU citizens to collect one million signatures to request the EU Institutions to take action in a given area.

This initiative seeks to ban all EU funds for any activities which involve the destruction of the human embryo. This would have obvious implications for stem-cell research. However, according to the initiators, such a ban can also include EU development aid for maternal health, because addressing maternal health can on occasion lead to needing to provide abortion services and related information.

In essence, the initiators of this ECI wish to defund any civil society or international organisation that provide abortions or advice and support that might lead to abortions. These are the same agencies that provide a much wider range of essential maternal health services, including services aimed at preventing unplanned pregnancy. This demand would consequently defund any organisation involved in providing health services for young and pregnant women, effectively ending EU support for maternal healthcare, pre-natal care and voluntary family planning services.

We have seen this type of ban, and its consequences, before. The “One of Us” proposal is an attempt to replicate a U.S. policy which has been implemented by every republican President since Reagan. President Obama rescinded the policy as one of his first acts in office. Robust empirical evidence from the World Health Organization shows that this policy was associated with increased abortion rates in developing countries.

Improving maternal health is a global development priority and a stand-alone Millennium Development Goal. Astounding progress has been made in recent years in reducing the number of women dying during pregnancy and childbirth – declining by 47% between 1990 and 2010. This is due to the increased provision of maternal healthcare and family planning – the very areas “One of Us” is attempting to ban EU funding for. Despite great progress, almost 800 women in the developing world still die every day during pregnancy and childbirth. “One of Us” seriously risks hampering our fight to reduce these deaths.

This regressive initiative is the latest in a series of attacks on gender equality, women’s rights and sexual and reproductive health and rights at the national and European levels in recent months. Ultra-conservative and anti-choice groups and politicians in Europe – some of whom who currently sit in the European Parliament – are now seeking to undermine EU support for women with little political representation and protection in Europe.

The proposal is totally at odds with EU’s longstanding development aid policy and threatens the viability of approximately $120 million in EU development aid that is currently spent each year to protect maternal and reproductive health. As one of the leading international actors supporting family planning and sexual and reproductive health, with strong and binding international commitments, the EU has a responsibility to stand up for these rights and maintain the progress made in reducing maternal deaths. The EU’s position is clear – EU development funds to maternal health only goes to fund safe abortion services in countries where abortion is legal. This position has been restated by Commissioner Piebalgs on numerous occasions. The EU is also fully committed to the aims and objectives of the 1994 International Conference on Population and Development, the Muskoka Initiative on Maternal, Newborn and Child Health and other international initiatives.