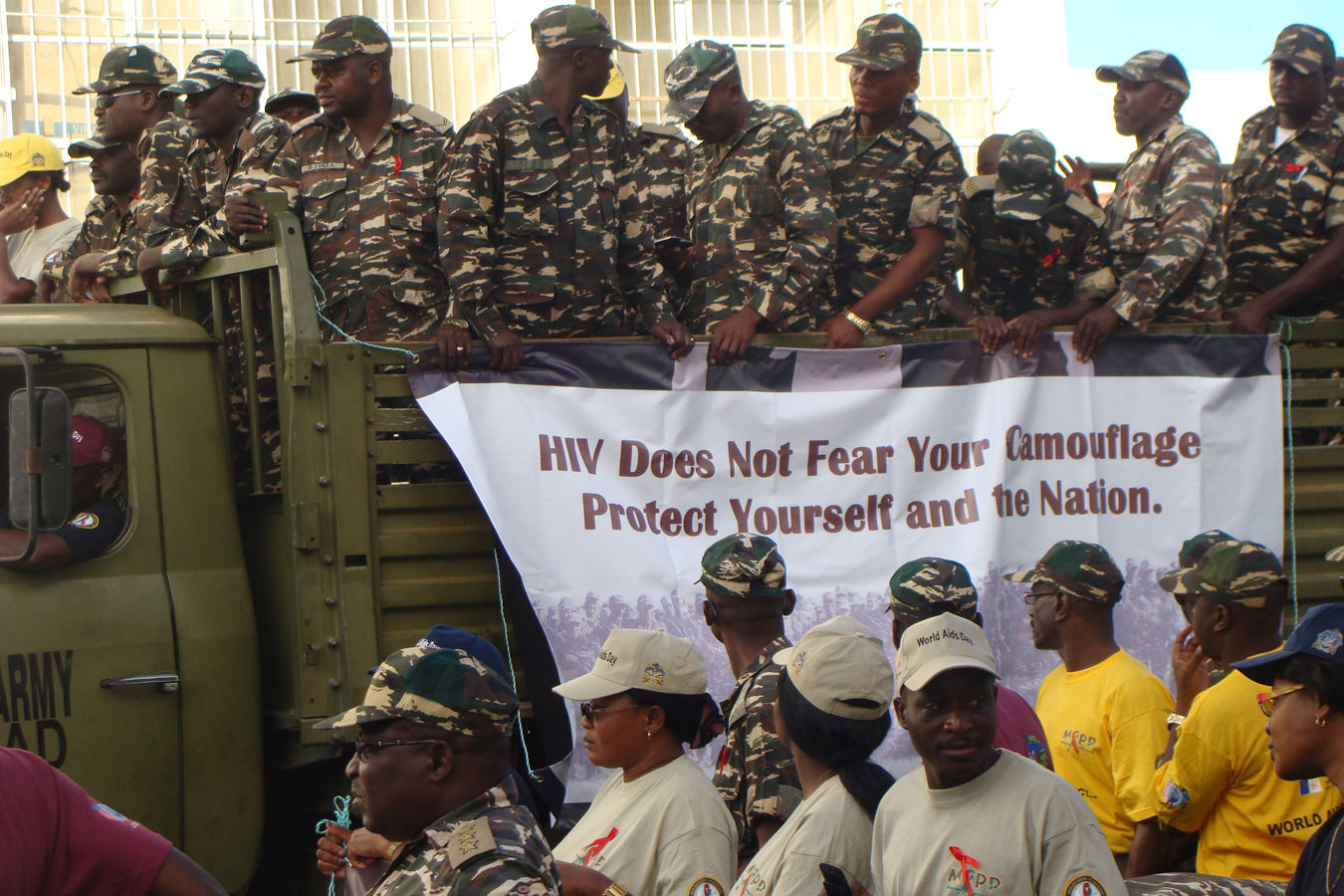 Eight million lives have been saved by the turn of the century, but millions of vulnerable people still remain at risk from the disease. [US Army Africa/ Flickr]

On World AIDS Day, many are hopeful that it will be possible to eliminate a killer disease that is set to affect more than one billion people by 2030, writes Cecile Vernant.

Cecile Vernant is head of EU Advocacy at the German Foundation for World Population (DSW).

Picture this: it is 1 December 2030, international leaders gather in New York to celebrate World AIDS Day. In an unparalleled decade of global solidarity, the ambitious targets agreed fifteen years previously have been achieved.

Nowhere is progress starker than in the field of health. The epidemics of HIV/AIDS, tuberculosis, malaria, and neglected tropical diseases – that currently affect over one billion people around the world – have been eliminated.

This would be a landmark achievement. Is it probable, or even possible?

We believe it is – and on World AIDS Day 2016, we believe that the power to achieve it rests with Europe.

This alternate future might appear wildly Utopian. In a period of political and economic uncertainty, it may seem ambitious to think that Europe could have a lead role to play. But it does.

In 2017 the EU has an opportunity to advance towards global leadership in the fight against diseases of poverty – specifically HIV/AIDS and other poverty-related and neglected tropical diseases.

By increasing investment in global health innovation, the EU can spur the creation of new vaccines, new and better drugs, and improved diagnostic tools that are essential to ending HIV/AIDS by 2030.

According to the World Health Organisation (WHO), in 2015, over one million people died from HIV-related causes worldwide, and it is estimated that over two million people became newly infected with HIV.

Progress is, however, slow; since 2000, new HIV infections fell by 35%, and AIDS-related deaths fell by 28%. Eight million lives have been saved since the turn of the century. The disease remains a threat to millions of young people, women in particular, living in the world’s poorest countries.

The gains made thanks to the Millennium Development Goals could be put at risk of the international community does not invest in the next generation medicines we need to end HIV/AIDS for good.

It is clear the impact that new medicines and vaccines could have. Even a HIV vaccine that is effective only 70% of the time could, in a study undertaken by the International AIDS Vaccine Initiative (IAVI) and The Futures Institute, prevent the majority of annual new HIV infections by 2050.

So how close to spurring these medical breakthroughs is international – and European – investment in global health innovation right now?

EU among leaders, but funding stagnates

Public investment in global health has always been critical to advancing medical breakthroughs. However, as the most recent G-Finder report found, international investment for diseases of poverty research has stagnated since 2009.

A report by Policy Cures and DSW published for World AIDS Day found that funding from both the EU and European governments fell in four out of the five years between 2009 and 2014.

European investment in global health innovation remains lower than both its 2009 peak and the 0.01% of GDP target set out by the WHO. The “Saving Lives” report found that European governments (EU member states plus Norway and Switzerland) and the EU institutions contributed 20% of all public funding globally between 2007 and 2014, with EU institutions representing 25% of European public funding.

This decline is, however, against the backdrop of some achievements. EU funding delivered money and jobs back into the European economy – 10,000 new positions since 2007. From 2007-2014, 80 cents of every euro spent on global health innovation was reinvested back into Europe.

Investment is already delivering products, with more in the pipeline; EU funding contributed to the development of half of all new malaria drugs registered since 2000.

European funding has acted as a catalyst for the creation of new technologies. But, as the world’s largest aid donor, the EU has a responsibility to do more. It must do more. By using the opportunities provided by the budget and programme reviews in 2017, the EU can make a statement about its commitment to a world free of HIV & AIDS by 2030. Small adjustments to the system would make a big difference.

The EU and European governments must work towards achieving the international funding target of 0.01% of GDP. This is unlikely to be achieved in the next three years, but a statement of intent – for example, increasing the funding for research projects working on poverty-related and neglected tropical diseases – would be a start.

Europe needs a global health research strategy to back up any increases in funding, making the most of what different partners (public authorities, the private sector, academia, etc.) can offer and making it easier for them to work together.

We need to make EU investment work better and make the results more visible. Part of this is making sure that funding gets to the most promising projects and to the scientists most likely to deliver them.

A 2030 without HIV/AIDS does not have to be a pipe-dream. It is often easy to forget the staggering progress that has been made in the last 30 years in the fight for health and well-being for all. It’s now or never, Europe must do its utmost to put an end to diseases of poverty. Urgently increasing research funding is the first step.

One in seven people with HIV in Europe is unaware of their infection, the EU and World Health Organization reported Tuesday (29 November) as 2015 marked another record year for new HIV cases in the region.