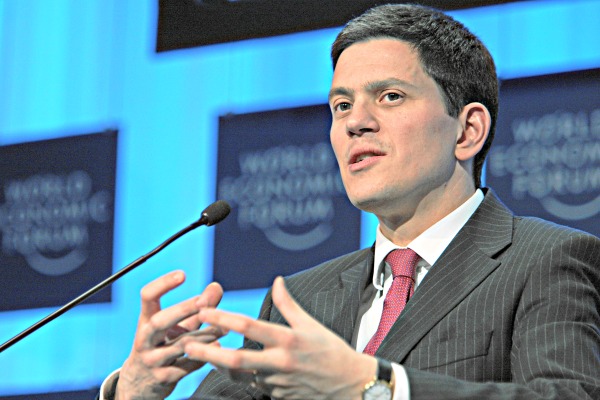 The ‘Africa Rising’ narrative of economic success has to be tempered with appreciation of the costs imposed by a conflict belt stretching from Mali to Somalia, and the consequent need for sustained humanitarian aid, writes David Milliband.

David Milliband was the British foreign minister from 2007-2010, and currently heads the International Rescue Committee. His brother, Ed, is the leader of the UK’s Labour Party.

Africa is changing dramatically – and so are outsiders’ attitudes toward it, with the US finally seeming determined to catch up with China, Europe, and India in their interest in the continent. US President Barack Obama’s recent summit with 40 African heads of state and more than 200 US and African business leaders suggests a new, more confident mood. That is encouraging; but as long as parts of Sub-Saharan Africa continue to struggle with violent conflict, poverty, and corruption, the continent’s economic potential will not be fully realized.

Africa’s economic growth and commercial opportunities are exciting and enticing. The region’s 300 million-strong middle class is growing by more than 5% annually. The continent leads in mobile banking. Consumer spending per capita is close to Indian and Chinese levels. If foreign investment, in partnership with the continent’s vibrant private sector, can benefit key sectors – particularly education, health care, and infrastructure – Africa may gain the broad-based development boost that its people need.

But investment and growth – “Africa rising” – are only part of the story. There is also the Africa that is struggling, with conflict and crisis afflicting much of the continent, especially the tens of millions of people living in a belt of countries running from Mali to Somalia. Even before the recent Ebola outbreak in Liberia and Sierra Leone, South Sudan, the Central African Republic (CAR), and Mali were at risk of joining a long list of fragile or failing states that already includes Somalia and the Democratic Republic of Congo. Ethnic, religious, economic, and other forms of strife in these countries too often overshadow the objectives of effective governance and the delivery of the most basic services.

These countries come to the wider world’s attention – and then only briefly – following a mass killing or a refugee crisis. Then attention shifts, leaving problems to grow and living conditions to worsen. In South Sudan, the world’s newest country, political unity across ethnic lines was maintained during the fight for independence, but collapsed this year into violent conflict. Roughly 1.5 million people have now lost their homes, and 400,000 have fled to neighboring states.

Amid the widespread terror, no one is safe. In April, my own organization lost two staff members working inside a United Nations compound with displaced people. And, in early August, seven locally hired aid workers were targeted and executed.

In the CAR, attacks on Christians by Muslim ex-Séléka fighters have been superseded by Christian and animist Anti-balaka militias’ violence against fleeing Muslims. CAR’s Muslim population has dropped from an estimated 15% to less than 5%. As always, women and children suffer the most. In the past three months alone, International Rescue Committee centers in the CAR’s capital, Bangui, have witnessed a surge of women escaping violence and abuse.

Help is urgently needed but slow to come. The UN appeal to raise $565 million for the CAR is still only 39% funded. The UN appeal for South Sudan, which faces famine after fighting prevented farmers from planting crops, has reached only half of its funding target. Donor fatigue – and the multitude of global crises now confronting policymakers – is taking its toll.

Humanitarian action is undoubtedly essential to address immediate crises. But it is important to recognize that, just as political crises often lead to humanitarian crises, humanitarian need can cause political instability, with mass exodus from crisis-ridden neighboring countries destabilizing entire regions. Indeed, civil wars are rarely contained within the countries where they begin.

Refugee problems are deeply rooted. Half of the world’s poor, for example, live in fragile and conflict-ridden states – 20% more than ten years ago – and 75% of refugees live among locals in urban areas. Crisis and under-development are closely interlinked.

We increasingly know what kind of humanitarian action works. Community-based initiatives that build trust are better than centrally or externally administered projects. Empowering women to protect themselves from violence, or teaching displaced children how to cope with their trauma, are among the most effective paths to recovery. We also know that without security, there can be no development. Today, more than 100,000 UN and African Union peacekeepers are stretched across struggling African states. More are needed, especially in the CAR and South Sudan.

Economic investment in Africa is important and deserves serious thought and long-term planning. The Obama administration is right to promote commercial opportunities on the continent. But that alone will not address the sources of violent conflict that still blight millions of lives. Humanitarian relief must stand alongside economic development and good governance as the pillars of Africa’s drive to achieve its true potential.