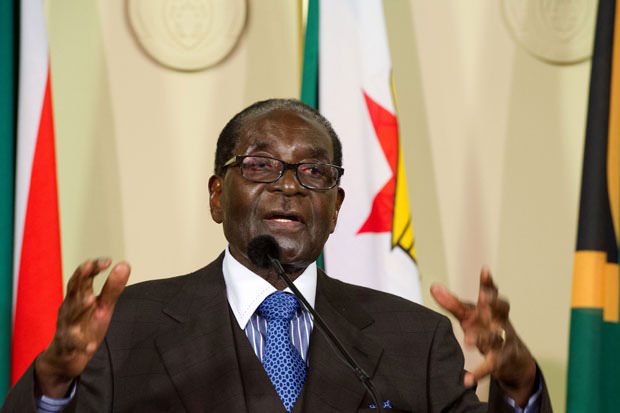 While the EU reviews whether Zimbabwe qualifies as a fragile state, there are worrying signs that the political situation is deteriorating on the ground, writes Tom Gillhespy.

Tom Gillhespy is Head of International Programmes at Peace Direct.

Zimbabwe is in a major state of flux. Unprecedented things are happening, such as President Robert Mugabe’s recent public spat with veterans of the liberation war, an influential group who have arguably kept him in power.

And while high profile members from Mugabe’s ZANU-PF political party are being kicked out, the International Monetary Fund is applying pressure on Zimbabwe over its budget, 80% of which is spent on salaries. This is creating speculation that civil servants, teachers and the youth militia will not be paid, and worryingly, the security forces, who are showing signs of discontent and divided loyalty towards the regime.

In the context of the EU and other major donors currently reviewing the status of Zimbabwe, and whether or not it qualifies as a fragile state, these are concerning developments.

Those kicked out of the ruling party have spoken of forming a coalition with opposition parties like the Movement for Democratic Change (MDC), creating a potentially powerful grouping that could appeal to both MDC and ZANU-PF supporters. Of course, any former ZANU-PF members who joined this grouping would bring with them the loyalty of some in the security forces. This means that at the next election, some of the opposition, as well as the government, could be armed.

All of this is taking place against the backdrop of a nation with a violent recent history, whose recent economic recovery has collapsed and with enormous unemployment. Politicians are reportedly increasing ethnic rhetoric – so far unsuccessfully – in an attempt to create further divides within society.

While this is, of course, worrying, change brings opportunities for both war and peace. For example, the split in ZANU-PF is a useful political education. As different sides try to damage the other, past secrets are revealed – rigged elections, assassinations and intimidation – exposing the political class to the public in a way that has not been seen before.

But splits in the party leadership and the rejection of old alliances are leaving elements of the security forces, war veterans and youth militia feeling used by the politicians. There is no clear indication of who those disaffected will align with, as different groups contemplate what is in their interest.

A further uncertainty, and the most likely spark for future violence, is the next election, due in 2018. This may seem far away, but with all major international donors currently reviewing their strategies for Zimbabwe, external preparations to help ensure a peaceful election are not expected until at least 2017. And that is assuming Mugabe lives that long. Should he die, an election has to be called within 90 days.

For all of these reasons, it is imperative that the work of civil society and local organisations, continues and expands. In the current donor climate, all civil society actors in Zimbabwe are suffering. But as the political situation deteriorates, local organisations working on the ground are as important as ever to provide Zimbabwe with the leadership that elites refuse to provide.

And it can be done. Following the relative peace of the 2013 elections, there is hope that memories of the 2008 violence remain strong enough to avoid a rerun next time around. But there is no room for complacency, and with no definite successor to Mugabe, the closer any leadership fight, the bloodier it is likely to be.

Furthermore, July 2016 has seen the rise of a new wave of protest against Mugabe’s regime, driven by online campaigns and social media such Twitter and WhatsApp. It appears Zimbabweans have been pushed into a corner and are now prepared to fight for their livelihoods and for a change.

Violent demonstrations over a ban on importing commodities from South Africa, in Beitbridge, on the border with South Africa, and demonstrations a few days later against an increasing number of police road blocks, show a confrontation between ordinary members of the public and the Mugabe regime that has not been seen since the 1999 food riots.

The mass ‘stay-away’ or “Shutdown Zimbabwe” campaign then saw the complete closure of business in the country, and running battles between riot police and members of the public.

It would appear that Zimbabwe is entering a new phase of turmoil, with civic groups, church leaders and political activists converging on the common aim of pushing for reform within the government. How Mugabe and his government respond will determine the future of the country.

Local organisations and activists will continue engaging key players such as the police and traditional leaders for them to play a positive role in preventing violence. With international donors prevaricating, we must be ready to support those organisations, who are doing vital work, often at great risk, to stop politics descending into armed conflict once again.

This is an edited version of an article first published by Peace Direct.

The European Union has given Zimbabwe €234 million, it said on Monday (16 February), the first time the bloc has given financial aid to the southern African nation's government since imposing sanctions in 2002.