Why sexual and reproductive rights can’t be taken for granted 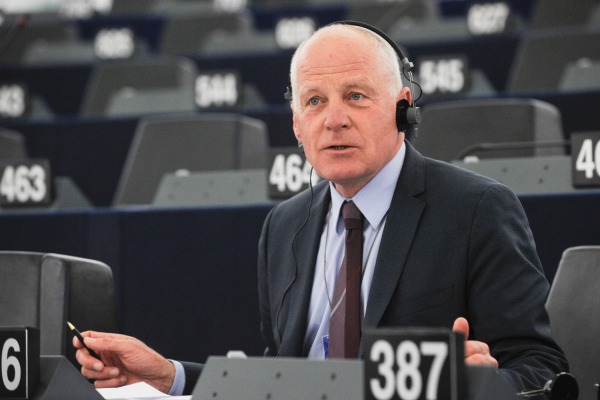 The ‘I decide’ campaign being launched today aims to put sexual and reproductive health rights at the heart of development policy and mobilise the majority of Europe’s citizens against those who would take us back to the Middle Ages, writes Michael Cashman.

Michael Cashman is a Labour MEP and member of the European Parliament’s Development Committee.

Every year, the denial of women’s right to decide leads to 80 million unplanned pregnancies, 30 million unplanned births and 20 million unsafe abortions around the world. It prevents more than 220 million women from having access to effective and affordable contraception. Along with many of my colleagues in the European Parliament, I have spent years fighting for Europe’s development policies and humanitarian aid to support people’s freedom to decide what to do with their own bodies, with whom they live or share their life, whom they love and how. Shockingly, many men and women around the world are still denied these basic rights by their governments and by tradition. Progress has been made, but there is a long way still to go.

In Europe, many citizens assume that these battles have been won, taking their sexual and reproductive health and rights (SRHR) – their right to decide – for granted. But we cannot afford to be complacent. A growing wave of conservative, religious-led opposition to SRHR is seeking to turn back the clock. In the European Parliament, a longstanding advocate of the right to decide, there have been calculated efforts to undermine support for access to safe and legal abortion, to call into question the freedom to live without fear of discrimination on grounds of sexual orientation, and to deny our young people’s need for a sexuality education that will prepare them for the real world in which they are growing up. At national level too, some European countries are facing serious challenges to the right to safe and legal abortion.

The most alarming recent example is a campaign orchestrated by religious anti-choice campaigners to collect signatures calling for a ban to all EU funding for activities that may lead to the ‘destruction’ of human embryos. The organisers of ‘One Of Us’ argue that they believe in human dignity. But they are calling for the EU to halt all funding to NGOs which provide maternal health services, on occasion including abortion information and services, in the developing world. This would cut the approximately 86 million Euros in EU development aid that is currently going to maternal health every year, with devastating consequences. A strange interpretation indeed of standing up for human dignity in a world where almost 800 women are still dying every day during pregnancy and childbirth!

In this context, the launch this week by the International Planned Parenthood Federation (IPPF) of a campaign calling on world leaders to put SRHR at the heart of global development is extremely timely and important. IPPF’s “I Decide” campaign aims to mobilise public support for the message that people should have the right to decide – who they live with; what happens to their bodies; if, when and how many children they have; and what kind of future they want. I unreservedly endorse this campaign.

All individuals should be able to realize their human rights, without discrimination and without the beliefs of others being imposed on them. And the result is better and more productive communities. I fully believe that those who wish to take us back to the middle ages are a minority, and that their claims to represent public opinion should be rejected. I hope that the “I Decide” campaign will help to confirm that citizens in Europe and around the world cherish people’s freedom to decide.