By Dina Dahood | ONE campaign 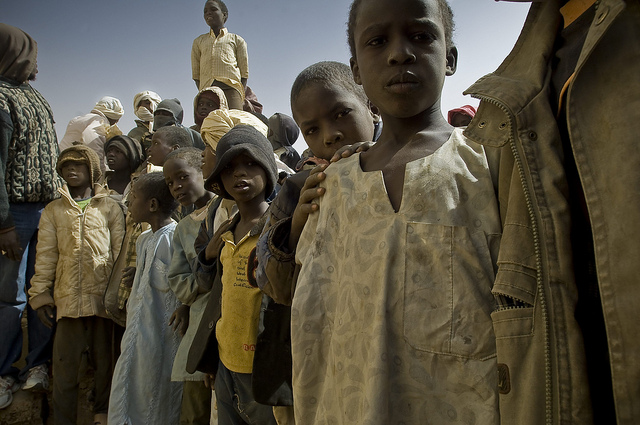 Dina Dahood is a 31-year-old Jordanian national who is completing her PhD in Urban planning in refugee camps. She is also a Youth Ambassador with The ONE Campaign in Brussels.

I learned that although they may be labelled as refugees, they never lose their status as human beings who deserve to live in dignity. This is especially true for children, who might have lost their homes, but should not lose their futures too. Today (19 August), on World Humanitarian Day, let’s seize the moment to remind ourselves of our obligations to come together in support of these youngest guests of the world.

Whether from Africa, far-Asia, Latin America or the Middle East; every day thousands of parents and their children are still forced to leave their lives behind and start all over again wherever their feet, cars or boats drop them. Sometimes they find themselves in limbo for years, unable to become self-sufficient to lead productive lives. For children, this can mean missing out on crucial months or years of education. Indeed, it is estimated that last year 3.6 million refugee children were deprived access to education.

Although children have always symbolised hope and the prospect of a bright future, they are also among the most vulnerable members of their communities. Being a refugee child complicates this even more. For them, education is not only a right but can also be a life-saving intervention. Without the protection of an education, refugee children risk ending up as prey to early-marriage deals, human traffickers or sweatshops. This makes the global responsibility to rescue out-of-school refugee children even more pressing.

And yet, policies and programs for educating refugee children are lacking, as is money, with only 2% of all emergency funding allocated to education, reaching only 12% of those in need. To me, this shows that amidst the current global refugee crisis, our leaders are not investing in long term solutions. Exactly one month from today, they will be gathering once again, this time in New York, and I will be looking for action, not words, on refugee education.

After all, investing in refugee-children education has proved to be one the most influential and worthy interventions of all time. UNRWA is an example very familiar to me: this agency gave the world prosperous generations of educated Palestinian refugees who not only contributed to the uplifting of their host countries, but of many countries around the world. Still, such agencies would have never succeeded without the determination and persistence of the refugee children themselves and their parents. I often look to Malala Yousafzai – her combat to earn her education proved that educated children from conflict zones can even win Nobel prizes.

It is very important to remember the human side of this issue. Forcing children to drop school is never an easy choice for fathers and mothers. Often it is when parents are denied their right to work, that children are forced into labour to earn money for their households, and girls who are at a greater disadvantage are forced into child marriages in order to survive. Accordingly; expanding employment opportunities in addition to guaranteeing the right to education can help refugees be self-sufficient, and are an investment in the long term future of us all.

We have to start somewhere, so at this September’s two crucial refugee summits, which are hosted by the UN and the USA, world leaders must deliver a credible plan to provide all refugee children with an education, with at least one million reached by the end of the school year. Yes, we’ve set expectations high, and that is because education is no favour, it is a right, and to these 3.6 million out-of-school refugee children it could mean salvation.

One response to “World Humanitarian Day: Another ‘no school’ day for 3.6m refugee children”