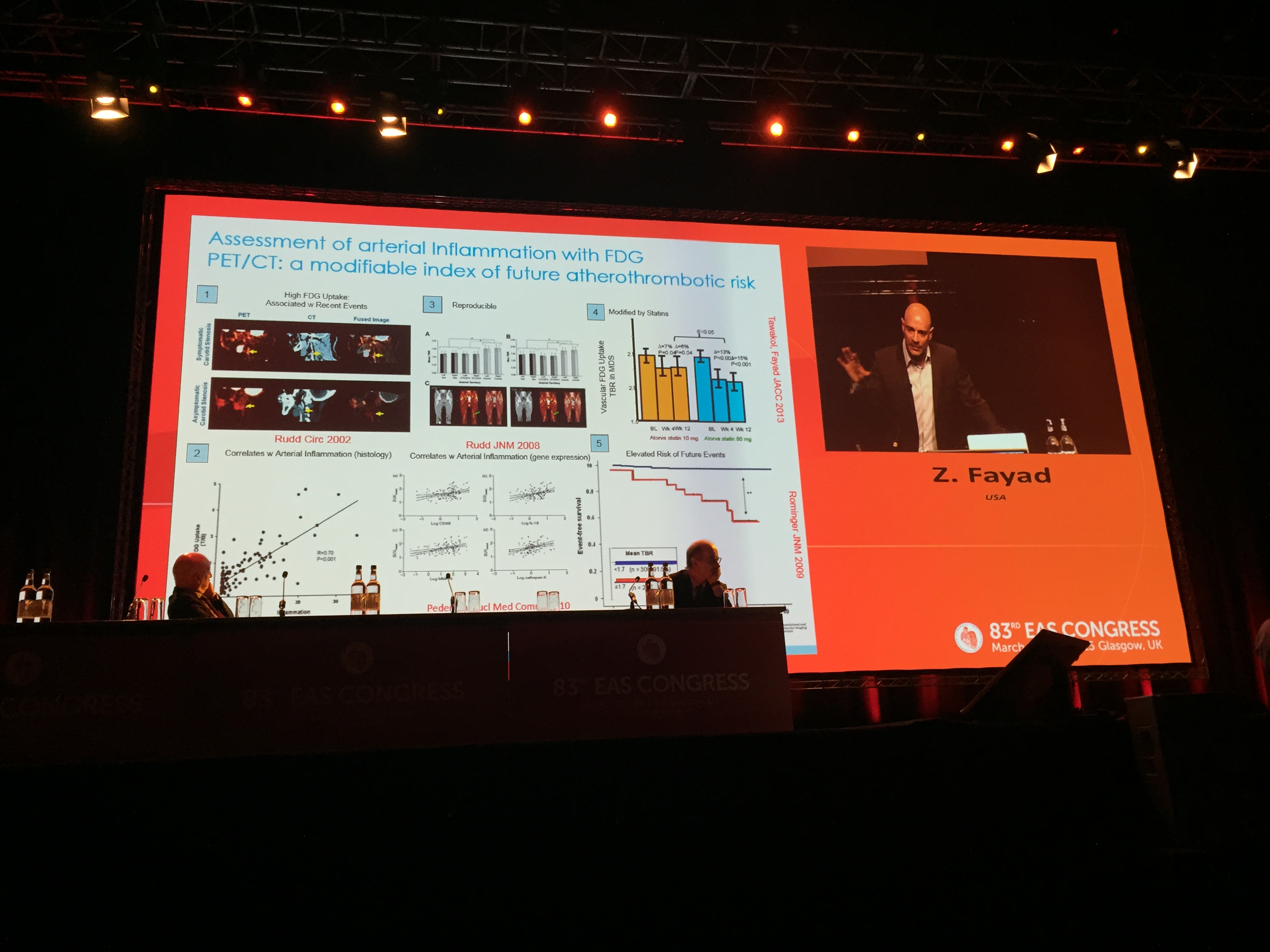 SPECIAL REPORT / Today’s medicines can be so precise that doctors are now able to define a disease at the right time, and tailor the therapy to the patient, according to experts. EURACTIV reports from Glasgow.

For decades, changing unhealthy lifestyles to reverse growing rates of cardiovascular diseases, strokes, high cholesterol and diabetes have been on politicians’ radar.

However, more can still be done to improve research and innovation, and ultimately the medicines given to patients, particularly for those suffering from high cholesterol.

On Monday (23 March), at the European Atherosclerosis Society’s (EAS) conference in Glasgow, Zahi Fayad, Professor of Radiology and Medicine (Cardiology) at New York’s Icahn School of Medicine, and director of Translational and Molecular Imaging Institute, emphasised that the need to try to tailor the right therapy, at the right time, to patients.

“A recent study has advocated for the need to think about the vascular wall of disease, relating to not the age of a patient, but related to the disease that they have. It should relate to their vascular age clock,” Fayad said.

“You need to determine the ultimate age or the extent of the disease to do the intervention and initiate the different types of therapies that are available. The therapies should correspond with this. The intensity of the therapy to reduce (the) aggression of the disease also needs to be determined. How to evaluate and determine this is of course going to be important,” the professor added.

He mentioned that a lot of medical experts have raised questions about this approach in the past. However, today, the medical world actually has the opportunity to carry it out in practice.

“The tools that we have available are getting better. We are not only able to define the disease at (its) heart, and the risk factors. We also have non-invasive interventions. We have knowledge of demography and prevalence. Together with analysis of blood and cells, we can do excellent analysis,” Fayad continued.

Fayad highlighted those who suffer from Familial Hypercholesterolaemia (FH), a disease characterised by severe elevation of bad cholesterol (LDL) levels, as a particular group of patients where multiple tools could be used in order to evaluate the disease at different stages.

FH affects one in 200 to one in 500 worldwide, and people with untreated FH have about 20 times greater risk of developing early heart disease, according to the FH Foundation. While statins for years have been used to lower LDL cholesterol concentration, they don’t work effectively for all patients, and can have side effects.

In cancer treatment, Fayad said, new therapies with targeted approaches, and the use of new nanomedicines have also delivered valuable results, for example preventing drugs from affecting the wrong organs negatively.

Christine Mummery, Professor and Chair of Developmental Biology at Leiden University Medical Centre, likewise pointed to the use of mice in medical research, saying that while drugs that have gone to phase-III clinical trials with mice, 50-60% of those have failed in phase-II and III in humans. Counting all drugs, 50% of them didn’t make it because of lack of efficacy.

“This is a serious problem and extremely costly for the pharmaceutical industry to bring drugs forward. It is perhaps time to look for new models. If we look at a mouse’s heart, it beats 500 times per minute and a human heart, 60 times. Perhaps it is no wonder that there is not a really good comparison,” she said.

Mummery also mentioned that for some diseases, using mice over the past 30 years haven’t provided any new significant drugs. Instead, exploring stem cells might give researchers some new types of models, but this could require many thousands of individuals to make a conclusion about a particular disease, she said.

The European Atherosclerosis Society (EAS) is hosting its 83rd conference in Glasgow this week. The event aims to facilitate scientific discussion about new developments in basic research, diagnosis and therapy of atherosclerosis, a cardiovascular condition involving the hardening and narrowing of the arteries.