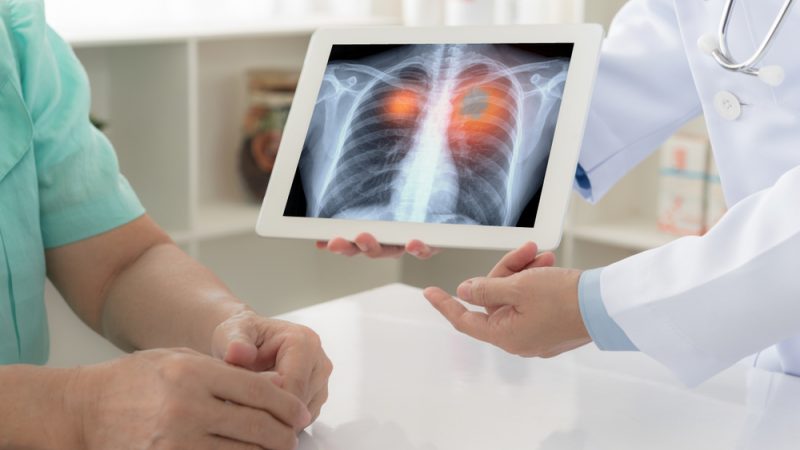 Data show that one of the main causes is that approximately 40% of lung cancer cases are detected at an advanced stage where the cancer has spread to other organs, compared to 5-8% of breast cancer cases. [Shutterstock/create jobs 51]

This article is part of our special report Driving progress in Europe’s cancer care.

There is an urgent need for specific recommendations on lung-cancer screening at the highest political levels in order to detect early and tackle lung cancer, the “biggest killer cancer”, stakeholders have said.

At the EU level, lung cancer is responsible for almost 270,000 annual deaths (some 21%), which in practice means that it kills nearly as many people as breast, colon and prostate cancer combined.

Data shows that one of the main causes is that approximately 40% of lung cancer cases are detected at an advanced stage where the cancer has spread to other organs, compared to 5-8% of breast cancer cases.

Denis Horgan, executive director of the European Alliance for Personalised Medicine (EAPM), said most cases are already advanced by the time of diagnosis.

“Mortality is largely attributable to the delayed emergence of symptoms and resulting late stage at diagnosis,” he told EURACTIV.

The key to tackle lung cancer is to detect it in the early stages, something that can be achieved through advanced screening programmes.

However, the COVID-19 pandemic has further complicated an already complex situation when it comes to diagnosis.

Because of lung cancer’s similar symptoms to coronavirus and patients’ reluctance to visit health services during the pandemic, there has been a significantly lower number of lung cancer patients identified across EU this year, data shows.

“We need to use the November Lung Cancer Awareness month to stress the need to seek medical assistance if you have long-term complaints. Patients shouldn’t postpone this out of fear of COVID-19. We cannot risk lung cancer to remain underdiagnosed. Awareness-raising can save lives,” the centre-right Belgian MEP added.

Elissa Prichep from the World Economic Forum explained that the COVID-19 pandemic has disrupted the routine diagnosis and treatment of lung cancer patients.

“Cancelled appointments, delays and backlogs can have life-altering effects on patients with lung cancer,” she said.

Prichep called on EU governments to address this critical situation by educating patients on safe cancer care during COVID-19 and developing guidelines for providers on distinguishing between COVID-19 and lung cancer.

Similarly, Horgan said the pandemic has led to a number of delays in screening, for example, in Croatia.

“Improvements in screening in Croatia have been delayed until October 2020 by the COVID-19 situation but will include comprehensive profiling reimbursed by national insurance and potentially available in all hospitals, although the creation of a lab for the Balkan region is still not complete. Currently, weeks of delay hamper access to test results. The same situation is being repeated across the EU member states,” he said.

Screening could be the game-changer

Number one cause of lung cancer is smoking. But despite a number of government initiatives worldwide, smoking is still there.

“Initiatives to combat tobacco use, including clear action to fight uptake of smokeless tobacco, are absolutely critical to lung cancer prevention,” Prichep said.

Science in the area of lung cancer has advanced significantly with new screening programmes.

Figures show that since 2015, progress in lung cancer has outpaced all of the advances of the previous half-century.

However, according to Horgan, it is at the very least surprising that the biggest killer cancer of all does not have a solid set of screening guidelines, or globally introduced screening programmes.

“Doctors need to quickly identify high quality, trustworthy guidelines, in order to improve decision making for the benefit of their patients,” he said.

The Irish expert added that EU health ministers unanimously adopted a Recommendation on cancer screening in December 2003, but today, incidence and mortality rates of cancers still vary widely across the EU, reflecting a major health burden in various member states, often splitting large and smaller countries along with richer and poorer nations. 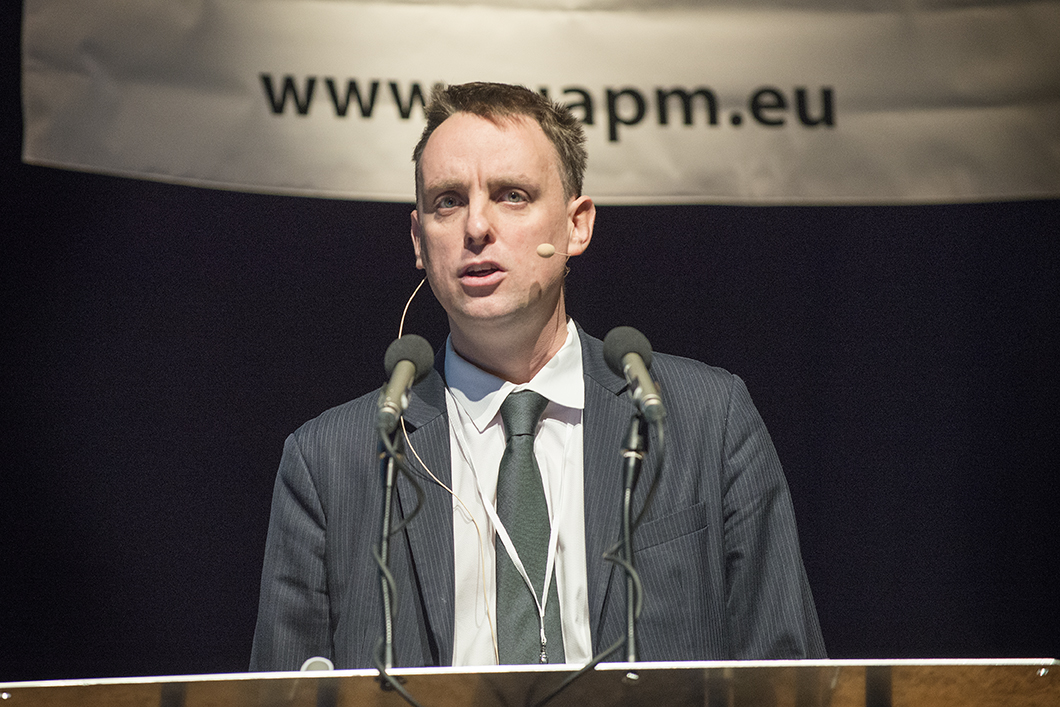 “EAPM has consistently called for concrete actions at the EU and member state level, as less-than-half of examinations performed as part of screening programmes actually meet with all the stipulations of the original Recommendation. This cannot be allowed to happen with lung cancer,” he said.

He added that in the EU Beating Cancer Plan, lung cancer screening guidelines should be put in place that will allow member states to set up quality early detection programmes for lung cancer.

“We need to raise awareness of the need for agreed recommendations over lung cancer screening at the highest political levels. The knowledge of policymakers and world health agencies so that effective lung-cancer screening guidelines and policies can be formulated on the international stage should also be improved”, he added.

Along the same line, Prichep stressed that there is evidence that targeted screening of smokers using low-dose CT scans can increase the proportion of lung cancers detected at an early stage and decrease mortality.

“Building on that, data and advanced algorithms may soon allow a more nuanced way for doctors to identify people who can benefit from targeted screening.  Data-driven assessment of individualised risk can support general practitioners in referring patients for lung cancer screenings,” she said.

Claudia Gamon, an MEP from the centrist Renew Europe Group, said lung cancer currently receives only 5.6% of the total cancer research funding in the EU.

“We need to increase this funding and invest more in screening programs. Evidence from trials suggests that new screening methods can reduce deaths significantly,” she told EURACTIV.

She added that there are already successful European Commission initiatives, such as on breast cancer, which place a strong emphasis on screening and a similar example should be followed for lung cancer too.

Referring to the lessons learnt from the pandemic, Prichep said data applications, genetic research, and digital tools will have a role to play in the fight against lung cancer, pointing to the rapid adoption of digital tools for remote communication during the pandemic.

“The shift to telehealth and the increased collaboration across clinics enabled by digital tools are encouraging steps in making health services more accessible to those who can benefit from lung cancer screening and care,” she concluded.

This article was sponsored by AstraZeneca