Many of central Eastern European countries are not at the same pace, but science is moving very quickly, said Pfizer's Linda Gibbs. [SHUTTERSTOCK]

Having a pan-European cancer control plan is crucial, but some flexibility should be granted to member states in choosing which aspect to prioritise within the framework, said Linda Gibbs from the Eastern European Cluster Lead of Pfizer Oncology in an interview with EURACTIV.com.

Gibbs has worked in central Eastern Europe for ten years and in the health quality sector for fourteen years, having the opportunity to assess national cancer plans on the ground in many member states over a number of years.

According to her, relaunching the idea of an EU framework could be very useful, as progress on cancer may be more difficult if national plans are different across Europe.

However, she argued that a pan-European plan should also take into account the differences in healthcare systems existing between Eastern and Western countries.

“Having looked at national cancer plans all over Eastern Europe, they’re all somewhat different,” she said, adding that even clinical trials are not comparable, as they all have different inclusion criteria or design.

Similar to what happened with the debate over the Health Technology Assessments (HTA), countries should look at the overall impact of cancer control framework based on the way their current systems are able to accept innovation.

“We’re basing HTA in Eastern Europe as if they are Western European countries. Can you really do it the same way? It cannot be a blanket approach,” she said.

Besides an overarching and uniform framework, national cancer control plans will still be necessary as they can help to prepare these countries for the innovation they need.

“Many central Eastern European countries are not at the same pace, but science is moving very quickly,” Gibbs said.

Romania, for instance, has showed its intention to adopt some kind of risk-sharing pricing schemes, considered by many experts a good means to bring innovation.

However, these programs are very much based on how many patients are going to be treated and unfortunately, there has been no good cancer registry in Romania since 2011 and no reliable data.

“If we had a national cancer plan that works, we would have a registry, so we would have data to inform our decisions and maybe to help countries making their important investment decisions,” she pointed out. 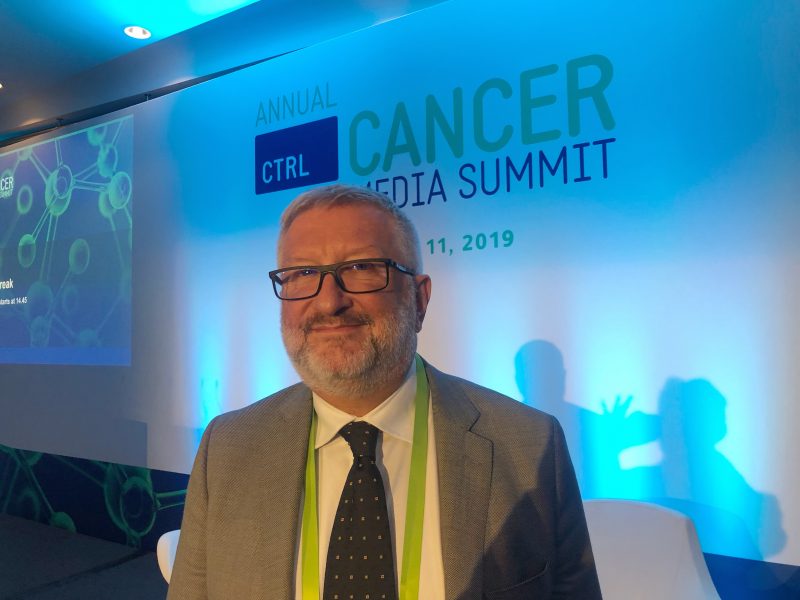 Asked about what the industry could do to in reducing the gap in cancer treatment, she said that the private sector has a role in helping countries not just by bringing innovation, but also by bringing it in in a way that will be sustainable for these countries.

In her view, the industry has not been recognised yet as a player, or at least a partner, in informing people, despite the fact that companies have not only financial but, above all, human resources to better understand a variety of different healthcare systems and to develop health infrastructures.

“For instance, we sometimes discuss access, like in the HTA debate, but we should think about access to good health care, as opposed to only the treatment perspective,” she said.

The main contribution the industry can give is in making investments more effective, in a way that is good for patients and for countries’ budgets as well.

In this regard, molecular testing is a good example. “In many central Eastern European countries, the government is not supporting this technology, although the science of targeting different genes for the blocking of cancer is advancing,” Gibbs explained.

Many governments have asked the industry to pay for the testing, which was considered by the private sector a short-term approach, but still a positive one in addressing a bigger advancement in cancer care.

“We were happy to play a part in building infrastructure and helping governments on how to do the testing, and this should be done in the context of a cancer control plan,” she concluded.