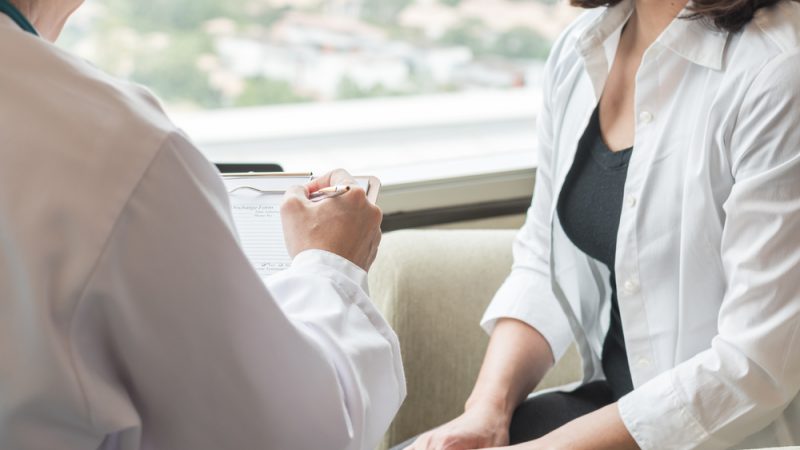 More than 355,000 women in the EU are estimated to have been diagnosed with breast cancer in 2020. [Shutterstock/Chinnapong]

Treatments for metastatic breast cancer (MBC), which affects thousands of European women every year, have progressed and can now significantly prolong a patient’s life but decision-makers still do not take this fully into account, an expert has told EURACTIV.

“There is a lack of knowledge from those who take decisions,” said Dr Fatima Cardoso, president of ABC global alliance, a multi-stakeholder platform focusing on MBC. Although there is no cure for MBC, there are now treatments that significantly prolong life, in some cases up to five years, Cardoso explained.

Critics suggest that despite innovation achievements that can offer MBC patients a better chance to stabilise the disease and prolong life, policymakers continue to move slowly in embracing the innovations.

More than 355,000 women in the EU are estimated to have been diagnosed with breast cancer in 2020. But no one can tell precisely how many patients progress to MBC because cancer registries focus only on diagnoses and mortality rather than relapses.

But according to data by the ABC Global Alliance, 5-10% of patients worldwide are diagnosed at the metastatic stage of the disease.

For Cardoso, screening and early detection of breast cancer are crucial in fighting the disease. “However, we cannot forget that even when detected early and with the best treatments, 30% of breast cancers will become metastatic,” the expert said.

According to Elena Kountoura, an EU lawmaker from the leftist GUE-NGL, the first months of 2020 delivered a huge setback to MBC efforts as breast cancer screening programmes and treatments were disrupted or even suspended because of limited access during successive lockdowns.

“The delay and disruption of such services increased the risk for women to be diagnosed months later, at a more advanced stage,” she told EURACTIV.

The second element is the stigma linked to the disease.

According to Cardoso, some countries are reluctant to “spend our resources on people who are going to die”.

“I know, this sounds really strong, but it is unfortunately what our patients are experiencing,” she added.

For her part, Greek MEP Kountoura called on societies to move away from the distorted notion that women with metastatic cancer have nothing to expect.

“Right now, newer, more effective drugs and treatments, as well as clinical trials are very promising. It is no longer rare that a woman with metastatic cancer may live for more than a decade, with a stable disease. To this end, targeted action is needed at both a European and national level,” she said.

Another issue is that of growing inequalities in Europe when it comes to access to therapies, not just from one country to another, but also within a single country.

“It’s very common in many countries to treat patients differently, according to their health coverage”, Cardoso said.

“Reimbursement of multiple medical expenses including rehabilitation are not always guaranteed depending on the country, on the type of insurance and so on,” she said.

To drive change, Poulakaki added, the attitude of the society must change first. “Patients with MBC should be encouraged to continue with their lives and not face discrimination of any kind.”

“The plan will support the creation of a new network of expertise, where difficult to treat cancers will be addressed and metastatic diseases will be included,” a European Commission spokesperson told EURACTIV.

The file is currently under discussion in the EU Parliament.

MBC Patients and stakeholders have pinned their hopes on the Commission’s plan but Cardoso warned that the plan barely touches on MBC. However, she said it still represents “a big opportunity to end discrimination over advanced cancers, with the necessary changes in the plan,” she said.

Frances Fitzgerald, an Irish MEP from the Fine Gael party (EPP), told EURACTIV that public-private partnerships struck at the EU level during the pandemic – between the pharma industry and the EU institutions – show the way to boost innovation in MBC, “like we did with the vaccines”.

The Irish MEP said that there is more and more innovation from the pharmaceutical companies but it is very expensive.

“We have to incentivise research and development of products with the highest therapeutic value that can address the needs of these patients,” she added.

The European Cancer Patient Coalition (ECPC) acknowledges progress in survivorship thanks to pharma innovation but says MBC patients’ quality of life has not improved.

ECPC’s Charis Girvalaki told EURACTIV that patients with MBC will still have to accept and learn how to live with an incurable disease, which can induce great psychosocial distress in patients and their caregivers.

“We often say cancer patients and caregivers are fellow sufferers along the cancer journey,” she added.

As for how to better address this critical situation, she said EU-wide awareness-raising campaigns should be stepped up and Brussels should come up with guidelines on MBC for both patients and caregivers in plain language.

Finally, the expert said it would be also key to design and provide tailored palliative care services for MBC patients as a central European policy implemented nationally, in order to decrease the inequalities of care around Europe.