A new survey conducted by CEECAG, suggests that the cancer cases are expected to almost double by 2035. In the case of Europe, the report says the bloc has 1/8 of the world’s population, but at the same time ¼ of global cancer deaths. [Shutterstock]

According to the World Health Organisation (WHO), about one in six deaths is due to cancer worldwide, and the disease is the second leading cause of death globally. WHO data shows that cancer was responsible for an estimated 9.6 million deaths in 2018.

A new survey conducted by CEECAG suggests that cancer cases are expected to almost double by 2035. In the case of Europe, the report says the bloc has 1/8 of the world’s population, but at the same time ¼ of global cancer deaths.

In its report, CEECAG pointed out a number of challenges that the countries of Central and Eastern Europe are faced with compared to Western Europe.

In an interview with EURACTIV, Professor Mark Lawler, from the Centre for Cancer Research and Cell Biology, said there are “cancer inequalities” in Europe as well as differences in relation to outcomes. The gaps range from the existence or implementation of National Cancer Control Plans (NCCP) to cancer registries and research.

For example, according to Dr Lawler, 90% of Europe’s west has NCCP compared to only 54% in central and eastern Europe.

“That’s really important because you need to have some sort of a framework that allows you to look and see what is your current situation in relation to cancer incidence and mortality. You need to use that data or cancer-intelligence to both construct and implement a national cancer control plan” he said.

Dr Lawler said cancer registries are a key challenge. Citing Bulgaria as an example, he noted that up to 2013, there was a National Cancer Registry, but was then stopped due to some local reasons.

“So cancer-intelligence is an incredibly important part of how we can plan going forward. So we don’t have data on how many cancers are in a particular country, what’s the mortality, what are the survival rates, and then other significant effects,” he added. 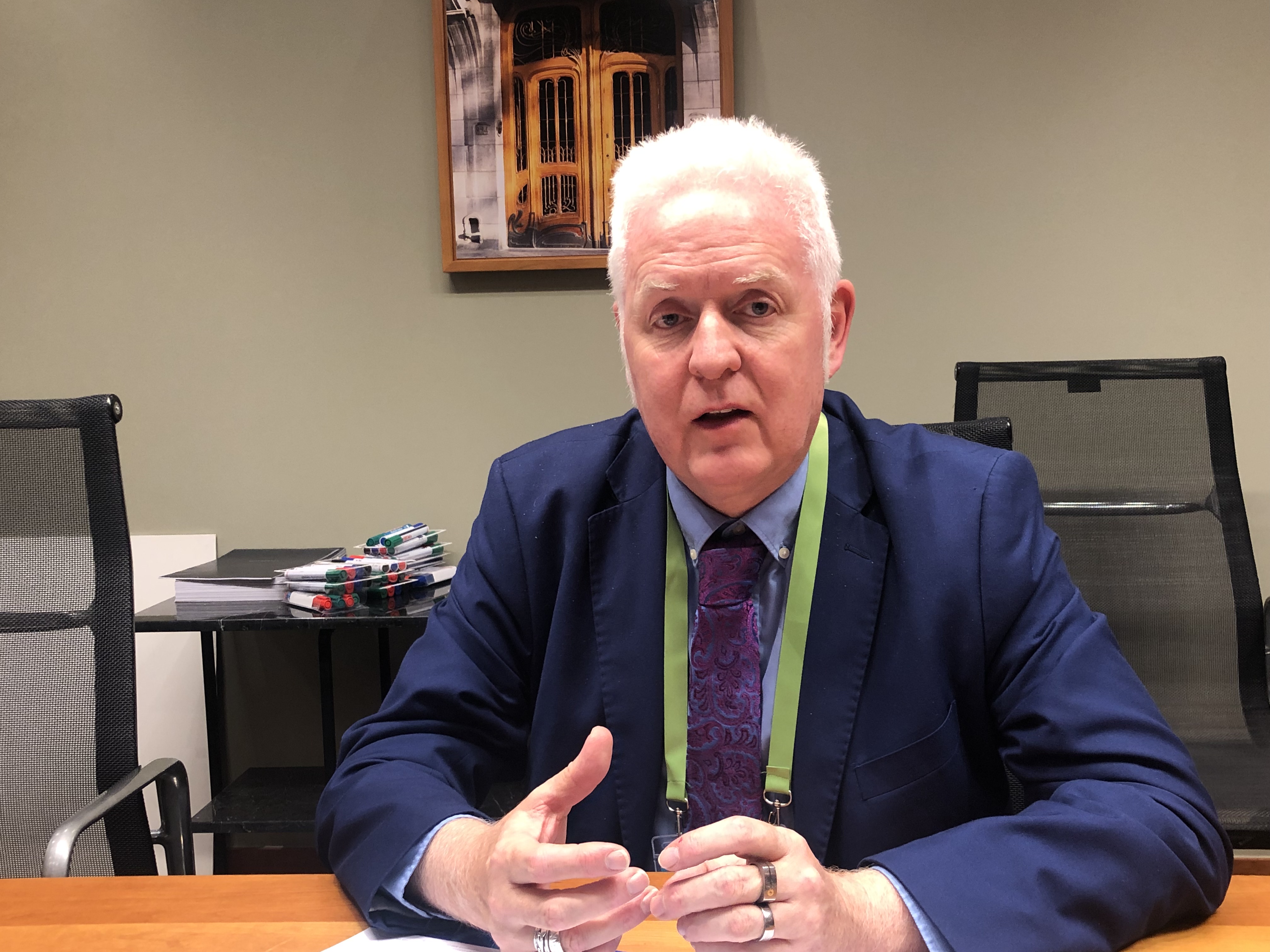 In an interview with EURACTIV.com, Professor Mark Lawler, from the Centre for Cancer Research and Cell Biology, said in Europe there are “cancer inequalities” and differences in relation to outcomes. [Photo by Sarantis Michalopoulos]

Referring to resources in relation to GDP in  Central and Eastern Europe, Dr Lawler noted spending is much lower than in the west. However, he called on these countries to spend the money “wisely”.

“If we look at several countries in Eastern Europe, they are spending a lot on pharmaceuticals. But that’s not being reflected in improved outcomes. So you need to use your resources appropriately, to actually fund the best possible approach that would give the best outcomes for your patients.”

He added that research is an integral part of a cancer strategy. “We have data showing that if you’re treated in a research-active hospital, you’re much more likely to have better outcomes.”

He emphasised the role of screening as well as the need to invest more in this direction considering that the CEE region does not have effective screening programs. He cited as an example Romania, which is not equipped with a cancer screening program and this has resulted in 14.3% mortality in cervical cancer cases compared to the EU average of 3%.

Another worrying challenge the CEE countries are faced with is related to the growing brain drain of specialised doctors moving to the west. This will inevitably make it much harder for these countries to implement a cancer plan.

“So it’s critical that we block or stop this brain drain and invest in people because people are the ones who are going to deliver at the end of the day. You can have the infrastructure, which is obviously very important, but we need people who will deliver,” he said, adding that in the UK, the biggest increase in terms of the number of doctors by country is actually from the Czech Republic.