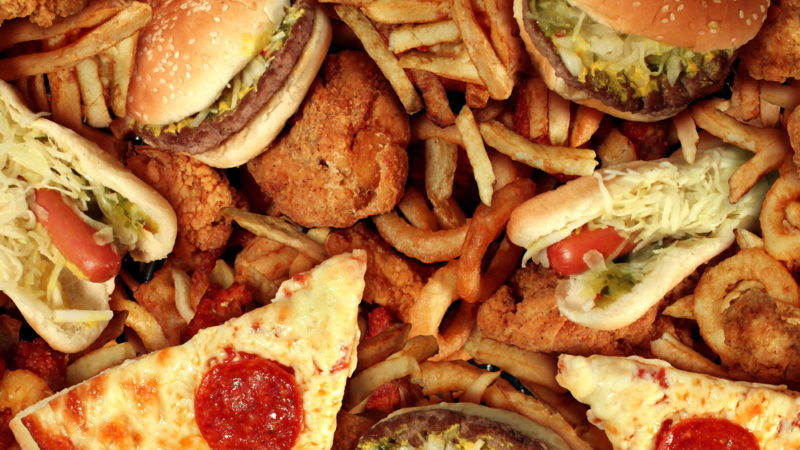 Professor Thierry Ponchon is head of the digestive disease department at Edouard Herriot university hospital in Lyon, and chairman of the public affairs committee of the United European Gastroenterology (UEG).

Alcohol is known to cause at least seven types of cancer, but EU officials are still dragging their heels when it comes to promoting healthier drinking habits.

Similarly, trans fats deteriorate digestive health, and yet there are not enough EU-wide initiatives to limit their intake, despite bans in Denmark, Austria and Hungary.

As the EU considers “self-regulatory” approaches regarding alcohol labelling and trans fat limitations, we call on the Commission to instead impose mandatory legally-binding regulations for the food and drinks industries, based on scientific evidence, and for more emphasis to be put on policies that support digestive health.

A balanced diet, healthy nutrition and responsible alcohol consumption play a vital role in the prevention and treatment of digestive diseases. Nine out of every ten people are unaware of the link between alcohol and many digestive cancers and are therefore more likely to make uninformed and unhealthy choices when it comes to drinking.

Only one out of every three people is aware of the health risks associated with trans fats. Steps need to be taken at EU and national level to combat the lack of awareness about how diet affects digestive health and to promote policies that will curb excessive drinking and encourage better nutrition.

Some progress is being made by the EU regarding trans fats, however much more needs to be done. The European Commission has launched a call to determine public opinion towards limiting industrially-produced trans fats, and based on a subsequent impact assessment, it will then decide whether to allow the food industry to self-regulate on this issue.

In relation to alcohol labelling, self-regulation is also being considered. Unlike almost every other kind of food or drink, alcohol is still not subject to current EU nutritional labelling laws, although many alcoholic drinks contain harmful ingredients alongside pure ethanol.

But policymakers should bear in mind that European alcohol consumption is higher than that on any other continent, that alcohol is a known risk factor for several digestive cancers and that it caused 3.3 million deaths in 2012.  EU citizens have a right to know the reality behind what they are drinking, so that they can make informed lifestyle choices.

In both cases, if industry is allowed to self-regulate, the resulting measures will not be sufficient. Changes in diet and lifestyle need to occur throughout Europe to combat increasing digestive disease rates, and mandatory regulation at the EU level, in addition to awareness-raising, is absolutely essential to ensure this. Digestive diseases cause one million deaths each year in Europe, and this cannot be ignored.

The current outlook for young people in terms of health and obesity is extremely alarming. Last year a United European Gastroenterology (UEG) report stated that, across 46 European countries, one in every three children aged between 6-9 years is either overweight or obese and these rates are increasing. If these trends continue, it is estimated that there will be 70 million obese children worldwide by 2025.

In addition, the incidence of irritable bowel disease (IBD) in children has increased significantly in recent years, and experts agree that Western diets, which are high in fats and food additives and low in fibre, have influenced this rise.  In the EU, rates of breastfeeding are particularly low, with only one third of children breastfeeding after 6 months of age. Of course, breastfeeding is a personal choice, but the chance of a child becoming obese later in life is greatly reduced by breastfeeding, and intelligence can also be increased by 3.4 points.

Stringent regulations for the reformulation of food are needed urgently to ensure both children and adults have access to high-quality, nutritious products rather than being exposed to foodstuffs high in additives, sugar and fats. Strong policies also need to be put forward to tackle advertising for unhealthy food, which is often targeted towards children.

We have the opportunity now to create change and improve European public health by encouraging healthier nutrition and reduced alcohol consumption. Comprehensive proposals, actions and policies must be prioritised on both EU and Member State level to help the prevention of both digestive and non-digestive diseases.

The EU needs to step up and introduce mandatory, legally-binding regulations in the food and drinks industries, to provide the next generation with a healthy and optimistic future.