EU Digital Commissioner Mariya Gabriel said allegations about massive misuse of Facebook profile data "will not be acceptable for us" if they prove to be true. [European Commission]

Gabriel told EURACTIV in an interview that to avoid a similar scandal in the future, sluggish negotiations on the major ePrivacy reform need to move forward to make sure tech companies obtain users’ consent before processing their data.

Another legislative proposal on online platforms that Gabriel will announce next month will force search engines to explain how they rank results. The Commission needs “more information on how their ranking is done, what criteria they use and how”, she said.

This week, Facebook CEO Mark Zuckerberg turned down a request to speak at a hearing in the UK parliament in April. The European Parliament also asked him to come to a hearing. Is it acceptable for him to send other Facebook executives to testify in his place, or do you think he should attend himself?

[EU Justice] Commissioner Jourova already asked Facebook for more explanations. She sent a letter to Sheryl Sandberg to see how many Europeans are affected by this phenomenon. After that we’ll have more clarification. Because there are 50 million users affected probably as a whole, and we need to know how many were Europeans.

If it’s proven, that will not be acceptable for us. But at the same time what is important to remember is that as the European Commission, somehow we were able to predict that something like this can happen.

Because now we have had our strategy on the digital single market for two years, we have the GDPR entering into force and we have ePrivacy rules [a separate piece of draft privacy legislation that is currently in legal negotiations]. And we started our work on fake news. They will need to prevent these kinds of negative effects.

But Zuckerberg will testify in the United States Congress. Do you think he should also speak at parliamentary hearings in Europe?

It’s his decision, we can’t force him to do it. We’d like to show our openness to keep the dialogue but at the same time to show very strongly that we have values like the protection of personal data.

Facebook has come under pressure for selling access to users’ personal data to other companies. Does that business model need to change?

We all knew that was the business model. But as the European Union, we’d like to really promote that there is no contradiction between business models and the protection of personal data.

We all know there are values and there is responsibility. For me, that’s the added value of the European approach. We are not the United States, we are not China. But as Europeans we’d like to keep this human-centric approach.

Users need to know what happened with their data. That’s why we made consent a key element in the GDPR and ePrivacy. Let’s not be afraid of the consent of users. 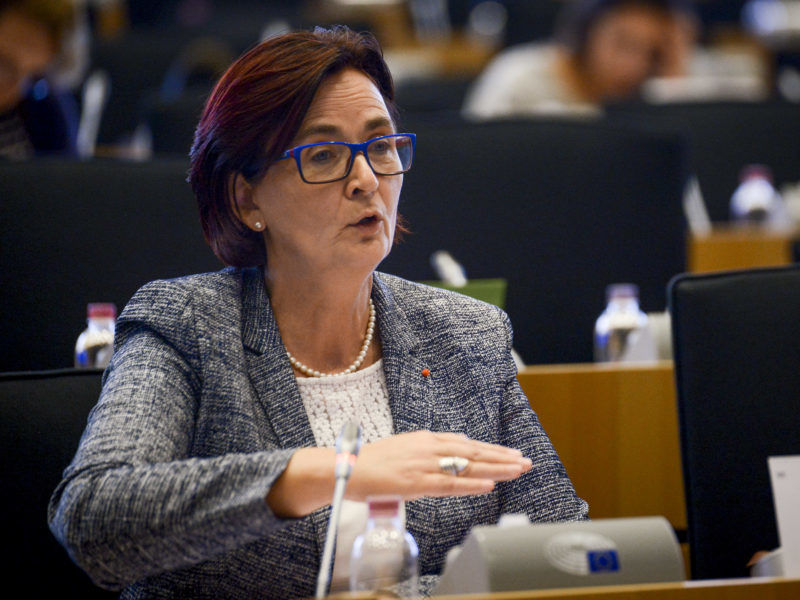 MEPs want the ePrivacy legislation to be agreed quickly. Member states are dragging their feet and watering down the Commission’s proposal, which created new rules on consent and privacy by design. After the Facebook and Cambridge Analytica scandal, is there a need to fast-track ePrivacy negotiations?

The Parliament has already voted and we now need a general approach from the Council. We need a level playing field: for equally functioning services, we need the same rules.

There needs to be full alignment between the GDPR and ePrivacy. We’d like to show that we want to preserve the confidentiality of communications, and there is no reason why some over-the-top services [like digital messaging apps] should not be included.

My intention is really to continue the discussion with member states. I stay very open for some concerns. Let’s think about article 10 with browsers. We don’t want to make browsers gatekeepers. We need to talk about metadata and further processing of data. For me, now it’s time to really move forward.

There have been reports recently about how much personal data Facebook collects from users. Experts that advised you ahead of the Commission’s “fake news” strategy said platforms should be more transparent about how they target users with advertisements based on their personal data. Will your strategy recommend that platforms like Facebook should change how they show their users ads?

The Commission is increasing pressure on tech giants. You’re going to propose new “platform-to business” legislation next month with transparency measures for online platforms’ business contracts with other companies. Where is the biggest need for new legislation? Will this help European ecommerce businesses that struggle to compete with American giants?

The need is coming from SMEs and from bigger companies. They’re all facing the same challenges.

A very concrete example is when suddenly the conditions for them to access or use data is changed and they don’t know the reason why. They don’t have any mechanism for redress. Some of them, more than 30%, said they have problems they can’t solve. A huge percentage said that if they have a solution, it’s very difficult to carry out. It’s about transparency.

Our proposal will focus on three elements. The first is to obtain transparency. It’s important for all those stakeholders, and the approximately 1 million users of platforms, to say very clearly what the conditions are, how ranking is done, how their products are sold. That’s a very, very strong first element.

The second one is about this mechanism of redress. It’s a dialogue, we need to ensure that on the one hand, companies can preserve their capacity to decide conditions and their business models. But on the other hand, they need to have a regular dialogue with other companies that are using their services. And when something is wrong, they must have the ability to react.

Competition Commissioner Vestager asked to expand the proposal you had planned to also cover online search engines. Do you also see a need to apply these transparency rules to search engines?

We’re still finalising the proposal. But when we talk about transparency, I think that it’s important to know how ranking is done. We know that, I think, 88% of visited pages are ranked in only the first five results of search engines. If you are tenth, you have no more than a 1% chance of being seen. That has an impact. Especially for SMEs, that can influence their capacity to grow and innovate in a very, very negative way. It’s really important to insist on transparency.

We have these figures showing that we need more information on how their ranking is done, what criteria they use and how.

You’re also planning to announce a strategy on artificial intelligence soon. What can the Commission actually do to advise companies and national governments on AI?

Artificial intelligence is a huge opportunity for growth, for innovation, for jobs. But it’s a serious risk for disappearing jobs and more social exclusion.

In our strategy we’d like to focus our efforts on three dimensions. We’d like to strengthen our technological capacity because in some areas we are a leader, like robotics. The second dimension is about more legal and ethical challenges, data protection and liability. We need to address those challenges, and that’s something very European.

And the third is about the impact on the labour market and skills. People fear AI and how many jobs will disappear, which regions will be affected.

Do you see a need for legislation now or in the near future?

Let’s see what the discussion will be. We’d like to propose the creation of an alliance with stakeholders, civil society, industry, institutions, and to see what the added value of the European approach can be, where there is a need for regulation and where we need to preserve the freedom of innovation.

We don’t need to overregulate, that’s contrary to the spirit of some of the new technologies we see today.

The Commission is running out of time to finish negotiating all the digital single market legislation you proposed by the time this term ends next year. You came into this job late, less than one year ago. Do you think it has been a disadvantage for you to be put in charge of so many technology files at a late stage?

No, it was a great responsibility and opportunity to bring my energy to this process. When I arrived, we had 44 initiatives on the digital single market, 25 are legislative and six initiatives were finalised. Today there are 11, so that’s in only eight-nine months.

We have a lot of work ahead of us but I stay confident. Now we are trying to finalise during the Bulgarian presidency the audiovisual media services directive, the electronic communications code [a telecoms bill], the satcab regulation. And we know we have copyright, ePrivacy, cybersecurity.

But we see in the Parliament that there is a very positive atmosphere on those, and on the free flow of data. We’re heading in the right direction.

Some of the most controversial bills are still lagging behind, like copyright and ePrivacy.

But in the last few months, discussions have been going into more detail. We’re a bit further away from some emotional debates.

My message is to keep our ambitions. Don’t lose the big picture. What we’d like to do today is for our authors to be remunerated, to give them instruments for digital transformation, to have a level playing field without barriers. 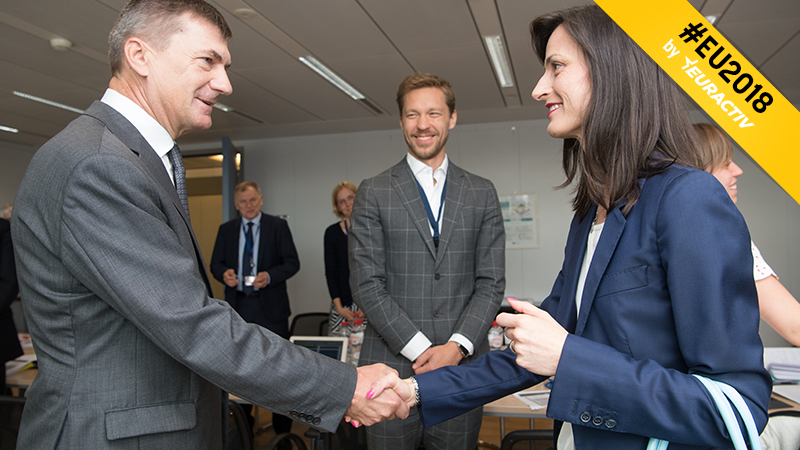