Axel Voss' "manifesto for the digital sovereignty and geopolitical competitiveness of Europe" calls for a radical rethinking so that the EU does not become a "digital colony" of the US or China. [PATRICK SEEGER/EPA]

Voss (CDU) decided to publish his manifesto on European digital policy because he could not wait much longer, he told EURACTIV. That is because the European People’s Party(EPP)’s digital strategy paper is still being discussed and this process “took far too long”, according to Voss.

The veteran MEP has already received sporadic praise from the EPP for his initiative. Yet, the CDU party leadership was hardly involved in the creation of the document.

His “manifesto for the digital sovereignty and geopolitical competitiveness of Europe” calls for a “radical rethinking”, so that the EU does not become a “digital colony” of the US or China, as Europe also depends on them.

Europe must develop its capacities, particularly in areas such as cloud computing, AI and 5G, instead of “feeding monopolies with data” elsewhere, he added.

MEP Voss has clout in the EPP, as he has been sitting in the European Parliament since 2009, in its Legal Affairs Committee since 2014, and was elected EPP spokesman for legal policy in 2019.

He became known to the public in 2018 as rapporteur for the copyright reform, mainly because he pushed through the controversial Article 13 (liability of online platforms for copyright infringements) of the EU’s copyright directive.

At the time, his push for reform was met with massive resistance from online platforms and civil society. Some feared it would cause the end of ‘free’ Internet,  as platforms would be forced to use upload filters, which could be used for censorship. 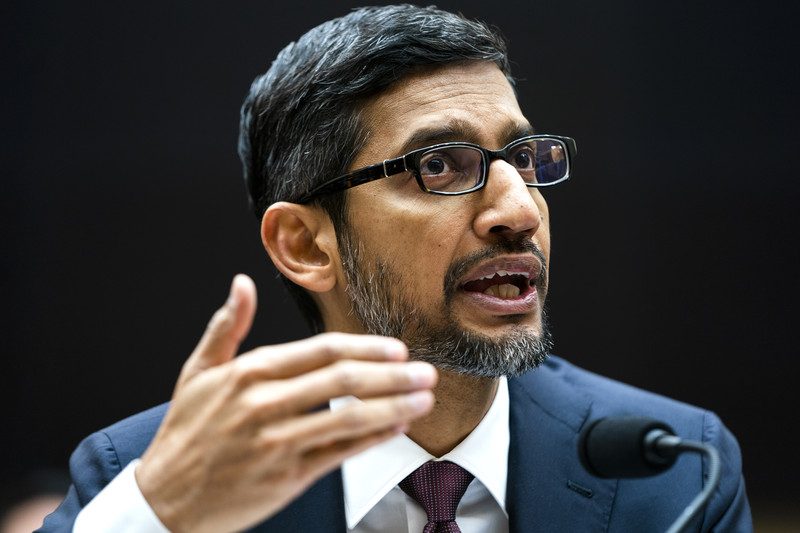 Voss’s new manifesto is particularly concerned about China. And he is not alone.

The whole of Europe is currently discussing what role the Chinese company Huawei should play in the expansion of European 5G infrastructure. Many fear the Chinese government will exert influence on the company, which China denies, and use its 5G networks as listening stations.

This was the opinion of German intelligence chief Bruno Kahl (CDU). However, Chancellor Angela Merkel, also a CDU member, is still delaying the decision on whether to exclude Huawei from Germany’s 5G expansion. In other words, the government is divided on the issue.

Voss has a clearer opinion than his party leadership. In the manifesto, he calls on Europe to cooperate on digital technologies only with international partners “who share or at least respect our values”.

Asked if China shared such values, Voss replied: “I don’t think so, yet,” adding that China is currently striving for “digital world domination”.

Germany’s signal on ‘digital tax’ “could have been stronger”

Voss is also calling for a digital tax, advocating taxation at the place of value creation instead of the company location.

A law to this effect failed at the EU level in 2018, partly due to Germany’s opposition, despite support from countries like France, Italy, Spain or Poland, as reported by netzpolitik.org.

According to Voss, Germany was then following national interests: They wanted to protect their industry and tax policy and feared that such a regulation could eventually be extended to physical products.

“The signal from Germany could have been stronger,” said Voss, but supported the work that is now being done internationally at the OECD level. Coordinating digital taxes at a global scale would be even better than a European level.

Another concern is European dependence on US companies.

“If Google decides to switch off all its services tomorrow, I would like to know what will be left in Europe,” said Voss, painting a gloomy picture in which there are no search engines, no browsers and no Google Maps.

According to him, this strategic dependency needs to be ended by encouraging the development of services in the EU, such as Gaia X, the European cloud project of German Economy Minister Peter Altmaier (CDU).

Voss would also like to make online platforms such as YouTube or Facebook more accountable for issues related to online crime. They should “proactively prevent illegality” through a “duty of care” principle, he said. In the discussion with EURACTIV, Voss did not rule out a legal obligation to this end.

These online platforms are unlikely to like the idea, and they already had their difficulties with Voss when pushed for the controversial Article 13.

Voss would like to see this increased responsibility for platforms enshrined in the Digital Services Act, on which Digital Commissioner Margrethe Vestager is currently working.

“Member states are the biggest problem”

Voss is frustrated by the slow progress in European digital policy. The implementation of the General Data Protection Regulation (GDPR) alone has taken ten years. If this continues, “we can bury ourselves,” said Voss.

The member states are the biggest problem as they want to protect their national laws from European paternalism, he said. But individual member states would have no chance in competing with the US or China and cooperation is, therefore, necessary for the “digital survival of Europe”.