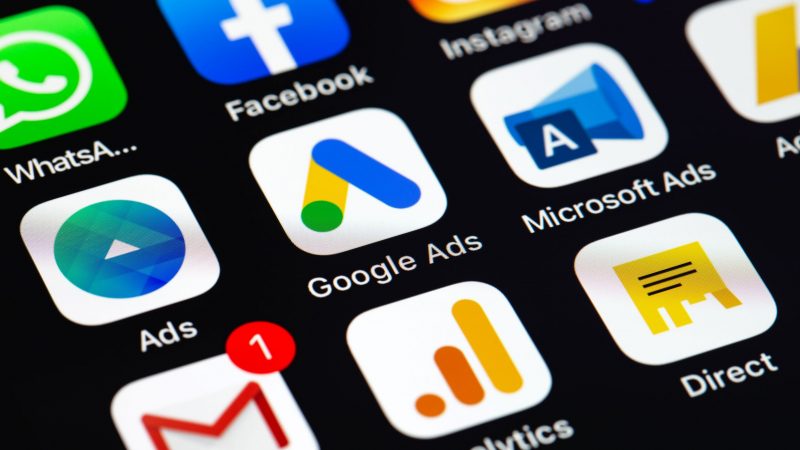 Google and Facebook are the world's largest advertisers. [Primakov/Shutterstock]

Today’s expected agreement on the Digital Markets Act is essential to crack market dominance in digital markets. However, if negotiators fail to agree on effective tools to get under the skin of the underlying business model of advertising, we risk not only stifling of innovation and poor data protection but on top of that also societal harms, such as disinformation and hate speech, write René Repasi and Paul Tang.

René Repasi and Paul Tang are German and Dutch Members of the European Parliament, part of the Group of Socialists and Democrats (S&D). They are in the parliamentary IMCO, and are the ECON-committees shadow rapporteurs on the Digital Markets Act.

The EU’s blanket ban on Russian media like Russia Today and Sputnik significantly changes the daily ranking on best performing posts on Facebook. Ben Shapiro and other popular Republican voices drop out of the top five and Democratic voices like Warren enter the podium. Is this an example of how the content recommender system of Facebook seeks the engagement of its users? It could very well be.

Getting and keeping attention is the business model of Facebook, Google and other digital platforms. They sell automated advertisement space on social media, websites, and search results. To show more is to earn more. The longer an individual is glued to its screen, the more money can be made. That is easier said than done. People tend to get bored and may turn off their devices at some point. So the challenge is: trying to get people to spend more time on their devices.

The power of digital services is their ability to organise information by using a vast amount of personal data. Rather than using content recommender systems to promote quality content, they have discovered that disagreement sells most preferably indignant disagreement. Dixit the European Data Protection Supervisor: “Political and ideological polarisation, disinformation and manipulation seem to have become inherent byproducts of today’s so called ‘attention economy’”.

The question is, namely, what remedies are sufficient to break with the ‘attention economy’ and the dominant position of Google and Facebook? In less than 15 years, the global advertising market has changed dramatically, mainly to the detriment of the traditional news publishers that still value balanced and independent journalism. In the complex, opaque system of real-time auctions for header space on websites, Google and Facebook – the leading platforms in the digital advertising market – take the position of middlemen. These two tech giants have crowned themselves king by taking dominant positions on the demand side, supply side, and everything in between.

Solving this issue is now central in the ongoing discussions on two EU laws, the Digital Market Act (DMA) and the Digital Service Act (DSA). Whilst the DSA is still in negotiations, the trilogue on the DMA might be concluded on Thursday. Dealing with advertising technology and personal data is one of the sticky items.

In mid-2020, the UK and Australian competition authorities CMA and ACCC published lengthy reports following investigations into the digital advertising market. Their publications are revealing. They establish – independent from each other – that of all money spent on advertising, 60 per cent goes into the pockets of the duopoly Facebook and Google.

Studies suggest this number has grown ever since. The dominant position in all chains of their developed auctions allows them to take a significant cut of every sale, estimated at 50-70 per cent. Even though these numbers are worrying, advertisers are severely dependent on the duopoly and can’t switch to competitors.

Europe kept quiet for way too long. European Commissioner for Competition Margrethe Vestager did not commission any studies nor launched investigations into potential abuse of market power on the advertising market. Solely based on the ACCC and CMA reports, one couldn’t contest some players on the digital advertising market are stifling competition. Still, the Commission refrained from proposing competition law measures on this market.

Only after the publication of the DMA, Vestager announced she was opening investigations into the potential abuse of dominance of Google and Facebook in the advertising market. This is a rather long-winded, complex process with an uncertain outcome.

The DMA can be the alternative for long and uncertain competition cases. The current GDPR- emphasis on privacy is welcome but does not address the market dominance in digital advertising. That is why the European Parliament strongly wants to impose new limitations on tracking ads, by excluding the use of sensitive personal data and by banning targeting of minors: in the DSA because of its broad scope and in the DMA because of its more vigorous enforcement and sanctions toolkit.

If we want to end the attention economy with all societal risks it poses, such as dissemination of disinformation and its contribution to polarisation, we need to take out the perverse incentives. We need to penalise the use of content ranking algorithms designed to optimise engagement and ban the use of personal data for advertising.

Complemented by tough structural remedies unseen in the world of EU Competition law, if needed used even before repeated infringements have occurred, our timelines won’t have to be censured top-down.