The Brief, powered by ENTSO-E — Who fears the European Commission? 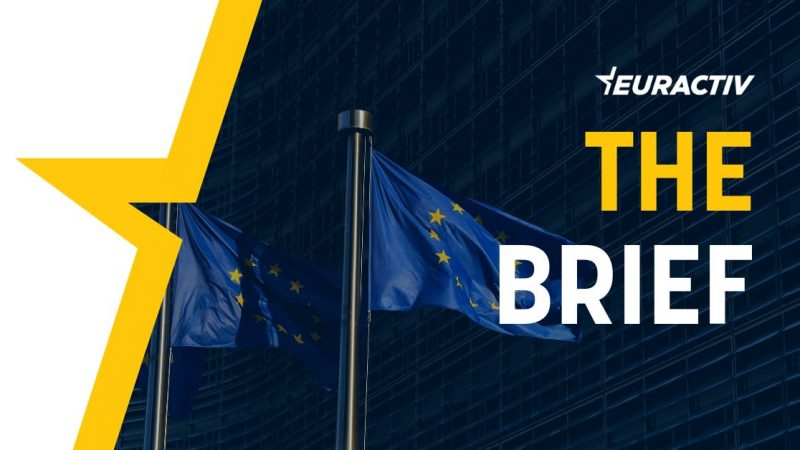 This week saw significant progress in Brussels’ attempt to regulate the internet economy, as the landmark proposals for the Digital Services Act (DSA) and Digital Markets Act (DMA) took big steps forward in their legislative journey. They advanced with surprisingly little noise from ‘Big Tech’.

The DMA targets the largest tech companies designated as ‘gatekeepers’ and assigns them specific obligations to prevent abuse of market dominance. The DSA is a horizontal piece of legislation regulating all online services, from social media content to e-commerce services, with more robust transparency and liability requirements for very large online platforms.

The two proposals have been the object of intense tech sector lobbying, not only from organisations trying to water down their provisions but also by those scrambling to include competitors while possibly excluding themselves from the scope.

Some digital trade associations have been particularly vocal, aggressively campaigning about the unintended consequences for consumers and supposed damage the regulations would inflict on SMEs.

Beyond these more visible efforts, there is a complex machinery that finances a web of think tanks, academic institutions, industry associations, NGOs and, of course, media outlets.

This is not to question the intellectual honesty of those who receive such funding. The separation between sponsors and editorial content is familiar to EURACTIV and many other organisations.

The consideration is rather that with massive financial capabilities, the safest option is to bet on every horse. That way, whoever hits the post, you win as well. Despite these efforts, policy discussions have inexorably continued to progress.

What is remarkable is that, while throwing money in every direction, the internet giants themselves have preferred to stay out of the fray.

They enjoy unmatched access to top EU officials and they sit in almost all panel discussions on tech regulation, yet, except on rare occasions, they have been quiet on the proposed rules.

Such silence inevitably raises questions. Why have the most powerful corporations in the world chosen not to throw their full weight behind lobbying against this legislation? One consideration might be that sticking their neck out would create a backlash, cementing support against them.

Still, if these regulations are so menacing, and the results so potentially catastrophic for their multi-billion euro businesses, one would expect all-powerful Big Tech to step into the discussion more prominently.

Their failure to do so could mean that, in the back of their minds, they think it will be ok. Take, for example, the GDPR, Europe’s data privacy framework, which is often presented as the ultimate proof that the EU is the world’s leading regulatory power.

Before it came into force, the discussion focused very much on excessive enforcement, as if expecting we would be engulfed in complaints overnight. Three years in, the GDPR is yet to play out in line with the hype.

The European Commission’s record on competition policy is hardly fear-provoking, as most high-profile antitrust probes have been scaled down or dismissed during the judicial review. The Google Shopping case was recently upheld in court, a much-needed win for the EU competition regulator.

However, the ruling came after more than 10 years since the start of the investigation.

A decade is a geological era in the digital age, during which online empires can be built or destroyed many times over. With its ex-ante obligations, the DMA is meant to end the reality that regulators have to desperately chase unfair practices in such a fast-paced environment.

If things stay as they are, the fight will be unfair from the start. The EU executive has only allocated a maximum of 80 full-time employees to implement its new rules against armies of lawyers, consultants, and technical experts.

If Big Tech is not really worried now, it will be up to the European Commission to prove them wrong. But it cannot do so without resources that match its grand ambitions.

As the so-called “traffic light” coalition in Berlin takes shape, there have been concerns that the country’s upcoming phase-out of nuclear power could cause power shortages — but the German Institute for Economic Research says this won’t be the case. Experts say the decline in nuclear power will temporarily lead to higher use of fossil fuels and imports, but that this should be quickly reduced by the accelerated expansion of renewable energies.

The ECDC, the EU’s disease centre, recommends that countries apply sanitary measures immediately and pursue efforts to vaccinate citizens in order to avoid a “very high COVID-19 burden.” Officials say the measures, which include booster vaccine shots, will help limit the spread of the Delta variant and are “even more important” as the holiday season approaches.

And as Europe remains “in the firm grip” of COVID-19, the World Health Organisation (WHO) warns that the continent’s death toll could top 2.2 million this winter if current trends continue. 67.7% of the EU population is fully vaccinated, but rates vary widely between countries, with low levels in many eastern countries.

An attempt to exempt the media from new content moderation rules has been ruled out following opposition from all major political groups — but the battle is not over. One expert says that the [Digital Services Act] “does not take into account the power that platforms wield over lawful content disseminated over their networks which is under the editorial control and legal liability of press publishers (or broadcasters).”

And France has ordered search engines and app stores to delist the US e-commerce platform Wish on the grounds that the online retail platform was “flouting product safety regulations.” The government’s decision follows a sampling campaign by the DGCCRF, which revealed a large number of non-compliant and dangerous products being sold on the platform.

The European farming world is rapidly ageing, and the lack of young farmers remains a major challenge for the agrifood world. In France, the EU’s biggest agricultural nation, one farmer out of two will have retired by the end of this decade. So how do we tackle this problem?

Enlargement Commissioner Olivér Várhelyi is in Bosnia and Herzegovina on Wednesday and Thursday in an effort to defuse the ongoing political crisis in the country that is once again cracking along ethnic lines after a bloody 1992-95 war. The EU has so far been heavily criticised for its lacklustre response to the crisis.