With the support of European funding, Paris has started a school for digital creation called ‘Tumo’. This concept, which comes from Armenia, allows young people aged between 12 and 18 to learn about digital creation in an autonomous manner. EURACTIV France reports.

On the illuminated wall at the Forum des Images at Les Halles in Paris, moving human forms create a surreal atmosphere. Inside the building, for two hours a week, young Parisians are able to come and practice programming and digital drawing after school.

While the facility is designed to accommodate up to 4,000 apprentices in total, it has already brought together 800 young people.

In a large ‘classroom’, which resembles a boudoir with its comfortable sofas and its dimmed lamps, the pupils are absorbed by their tablets. They are attending a self-study course where everyone works at their own pace on different subjects including video, cinema, music, drawing and animation, among others.

A school where there are no marks

On 16-year-old Maxime Osty’s screen, logos are scrolling by. He is trying to learn how to reproduce them using the tutorial provided. “I came here because I wanted to discover how programming works, to confirm whether I like it or not,” he explained.

Next to him, 12-year-old Tidiane Ménega is passionate about music. “Here I can learn about electronic music, I’m working on beatboxing and I have even started a Youtube channel! And when you don’t know how to do something, you can ask the others or the coordinators”.

David Martinez is one of these, although he prefers to describe himself as a “coach”. “We’re here in support, we encourage them to keep going. In the course of the programme they can specialise in eight different areas. So far, we have noticed that what people like the most are the video game and cinema specialities,” he said.

His relationship with the children is much more straightforward because all marks are banned. There are no plans to award any qualifications, priority is instead given to the development of the children, who are asked to regularly attend and also to review their projects to improve them. 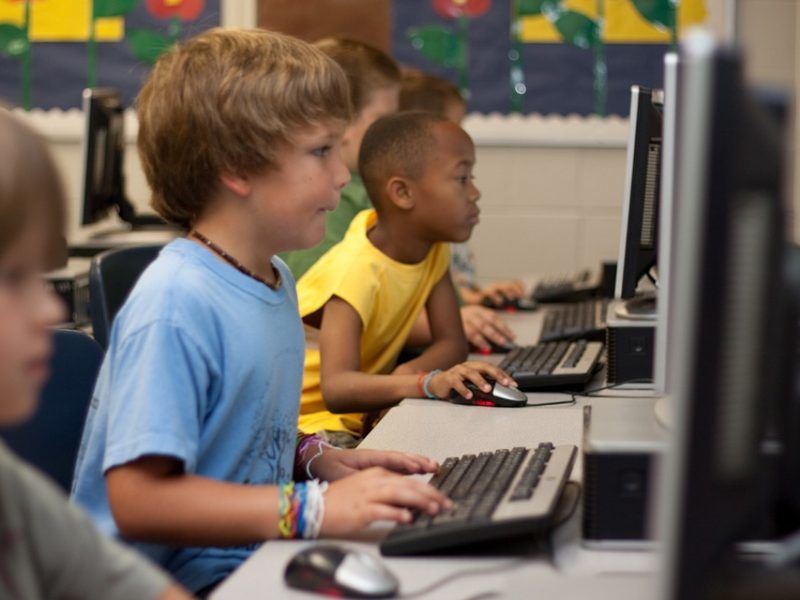 “Tumo was chosen as the world’s most innovative school three years ago. The school’s about stumbling and valuing failure. It’s wonderful to see the joy on the kids’ faces who come here,” said Claude Farge, General Director of the Forum des Images, at the opening on 16 October.

He was accompanied by Anne Hidalgo, the mayor of Paris, and Carlos Moedas, European Commissioner for Research, Science and Innovation. The funds used to finance the facility came from the European Union.

The city of Paris was awarded a €1 million cheque in November 2017 for winning the European capital of innovation competition. This prize recognises a city’s commitment to the local development of innovations to the benefit of business and citizens.

With “Station F”, the world’s biggest start-up campus, and 5% of its budget reserved for citizens’ projects, the French capital had a number of arguments that it could present.

“I told Anne Hidalgo: so, what are you going to do with this money? She replied that she had seen something special in Yerevan, and it was amazing because I knew it too!” remembered Moedas.

The Parisian councillor visited the Armenian project in 2016. In Tumo, she sees “a school which will mark the lives of those who go there. Few initiatives are really reserved for teenagers, this was the opportunity to change that.”

Out of the 4,000 places available, 35% are reserved for children who live in priority areas, which is a sign of the social dimension that this initiative wants to take. It will also offer periodical placements with professional in the digital sector during the school holidays.