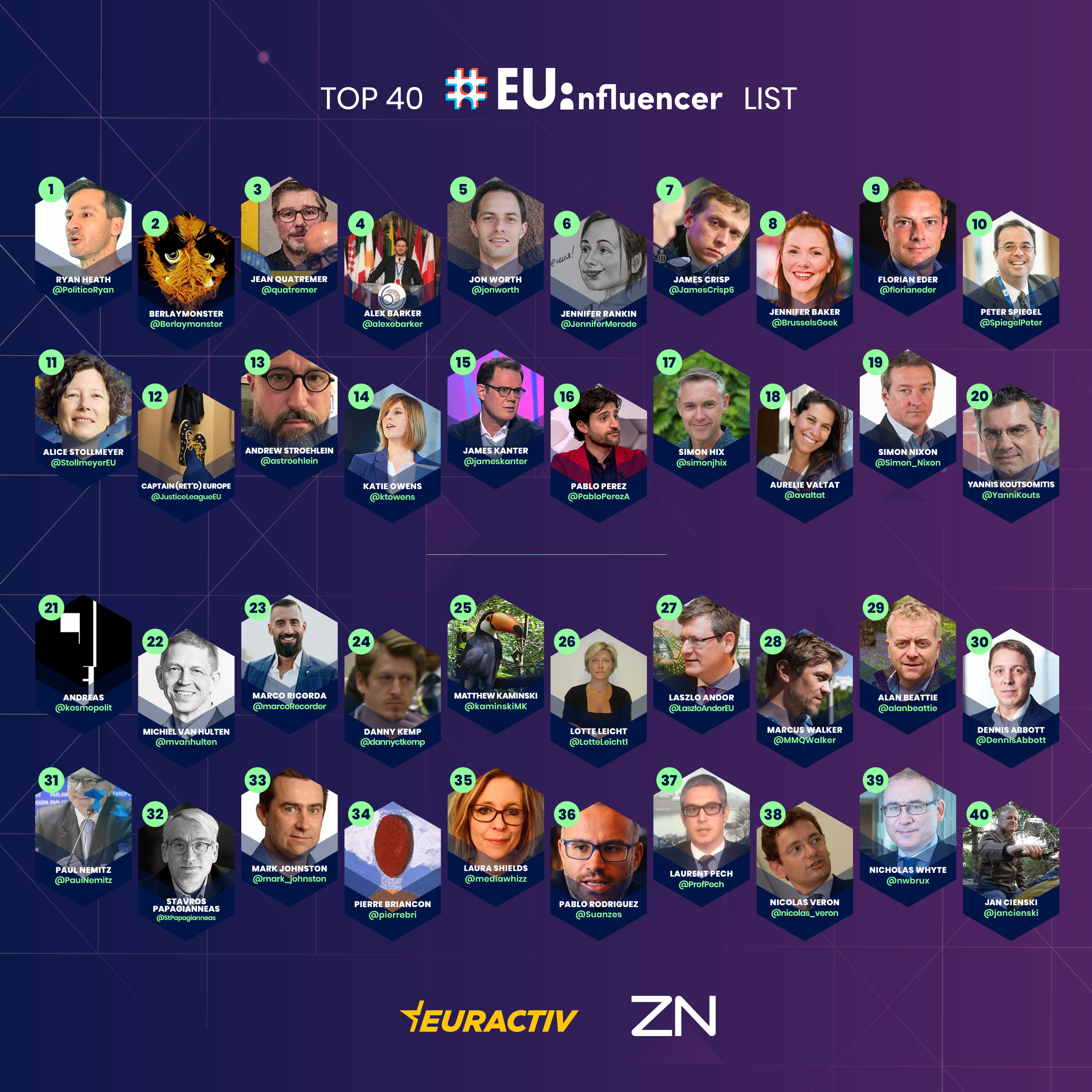 For the second time running EURACTIV.com and ZN have put together a list of digital influencers in the EU bubble.

EURACTIV and ZN Consulting have once again come together to create the list of the most influential people in the Brussels bubble TwitterSphere. The ranking was unveiled during an event in which the #EUinfluencers discussed the influence of social media on the upcoming European Parliament elections.

4 responses to “Here they are: the 40 most influential Twitter accounts of 2018!”