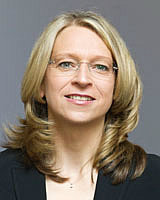 Surveillance activities are part of the overall US security strategy and spying on Europeans is done to safeguard and protect its allies from possible threats, argues Annegret Bendiek, but views in Paris, Berlin or Brussels are not quite the same.

Annegret Bendiek is the deputy head of the research division on EU external relations at the German Institute for International and Security Affairs and a Robert Bosch fellow of the Transatlantic Academy.

She spoke from Washington D.C. to EURACTIV Germany’s Erika Körner.

The news that former Chancellor Gerhard Schröder was under surveillance during his term is just the latest in a string of revelations over the NSA spying on its allies in Europe. How are these being received in Washington?

I think from a European perspective it is like a ringing bell. The US has a completely different approach to the surveillance activities. For them, it is part of the overall security approach. They believe the Europeans are benefitting from these security measures that US government took in order to safeguard and protect Europeans from possible threats.

That is their approach to the topic here. Of course informed experts among the public, like those working in the field of privacy or lawyers and widely known NGOs, have a slightly different view. They are worried about how far this military industrial complex within the US government is going and they assume that it is going too far. But now it is up to the implementation of the presidential orders – in how far they could restrict the NSA in determining their future path and how far they should go.

You write that Germany will just have to live with the fact that the United States claims the right to spook on it whenever and wherever it is deemed to be in their national security interest. Is the US disregarding German and European demands on data protection?

I would not say “disregarding” the German and the European concerns but we have to keep in mind that the US engagement is more global in scope and they say the threats to American security are more serious than those faced by Europe. For this reason, you could say Venus-Europe and Mars-America are unlikely to find a common ground on data protection and cybersecurity in the near future. But in fact, they have a lot of points in common. Therefore I would not say “disregard” but they have different angles to view this topic.

EU Justice Commissioner Viviane Reding praised the fact that President Obama wants to reign in intelligence services. Do you agree with her appraisal?

Do you expect any progress after Obama’s meeting with European Commission President José Manuel Barroso and European Council President Herman Van Rompuy in Brussels in March?

This depends on to what extent the member states can agree on an approach to cyber security but also to data protection as well as on investing money in the European IT market. This is a precondition to being strong and having a strong voice in the European Union and being taken seriously by the US government.

With a lack of European digital giants to compete with US providers like Google, Microsoft and Amazon, is Europe doing enough to distance itself from its heavy reliance on US companies?

Europe is investing in the beginning of a European digital market, but what it is doing right now is not enough at all. But the European Commission put forward a strategy, for example, in September 2012 for strengthening cloud computing in Europe.

This is a great opportunity. Cloud computing is just in its beginnings. From what I hear here in the US, more and more customers are interested in European cloud providers and also in the European telecommunications sector because users know that in the European Union they are more sensitive regarding data protection and data use. Therefore, I can imagine that it makes sense to invest in the European market.

Here, I think Germany can and will take on a leading role in investing in this market.

If TTIP were concluded this year, what effect would it have on Europe’s IT market? Would it hurt or help European companies to gain footing in the transatlantic digital market?

I would say under the current legal provisions it would hurt the European market. However, if agreement could be found on the proposed General EU Data Protection Regulations, including an anti-FISA clause, then I think Europe can safeguard and protect European interests in this market.

Would it be plausible for the Federal Republic or the EU to boycott the Transatlantic Trade and Investment Partnership (TTIP) in its entirety depending on US compliance with strict European data laws?

The Safe Harbor Regulations do not adequately cover the world of the 21st century. Therefore, they are not up to date and they need to be updated. This is going hand in hand with higher standards and more precisely defined standards – not only for privacy concerns but also on how data is used in this integrated market.