Platforms committed in 2018 to a Code of Practice against disinformation, including changes to their algorithms based on ‘Trustworthiness indicators’. As the EU prepares a Digital Services Act  and Action Plans on democracy and on media, clearer references are required, write Marc Sundermann, Christophe Leclercq and Paolo Cesarini. [cbies/Shutterstock]

The Internet has democratised the world but the side effects of this democratisation are the success of fake news and the campaign of organised disinformation, MEP Michał Boni argues in an interview with EURACTIV Poland.

Michał Boni is a former Polish minister of digitisation, today an MEP on the Committee on Civil Liberties, Justice and Home Affairs (LIBE), involved in the European debate on how to combat fake news and hate speech.

Is it possible to win the war with fake news and organised misinformation?

The reflex answer is: We have to win it.

This is already much more complicated. Fake news is a multidimensional phenomenon. First of all, it is an online phenomenon. Its essence is the speed of information transmission. Within a minute, millions of people can read about something that is not true, that distorts the understanding of reality. Today, advanced technology allows copying someone’s voice and presenting a fabricated statement in video format by using someone’s face.

Without a doubt, we can see a certain person saying something he or she would never say. Very disturbing.

Disturbing indeed. This is the advantage of new technologies, which by means of algorithms and data processing can do literally everything. And it is a big danger. Nevertheless, in this kind of virtual reality, we do not see a lot of things, locking ourselves up in filter bubbles. The world, especially when it comes to political matters, is divided into closed camps, tribes. One does not look at others, there is no dialogue, one does not search for common solutions. To act against that, we must increase the awareness of the people on what the internet is. And simultaneously we must check the truthfulness of information and correct the incorrect.

A second dimension of fake news is that they constitute an element of the information war. In the context of hybrid warfare, hacking of a system is not less important than actual military raids. You can destroy the resources of any country by virtually blocking its energy system.

With this, misinformation becomes a weapon. More and more often we hear about “weaponisation” of information.

For example, Russia is spreading misinformation about Ukraine throughout Europe. Frequently, well-known politicians use these statements as real arguments when making political decisions.

So fake news affects European politics. As we know, it is not just a European problem and it is not only about Ukraine. Russia influences the results of elections and referenda. Currently, even the Spanish government in Madrid points out that a large part of the information campaign surrounding the Catalan referendum had been conducted from Russian territory.

Therefore, that’s why it’s so important to have mechanisms for distinguishing truth and untruth, skilful verification of sources and fact checking of information, the so-called cross-checking, as well as rectification of lies and manipulation.

The third dimension of fake news is politics and the aim to use it as a war element in times of populism. Because the essence of populism is that it is based on fake news… Counteracting this is, among others, a response of the network itself, hence today’s discussion about the role of online platforms and the liability of Internet platform operators and social media. 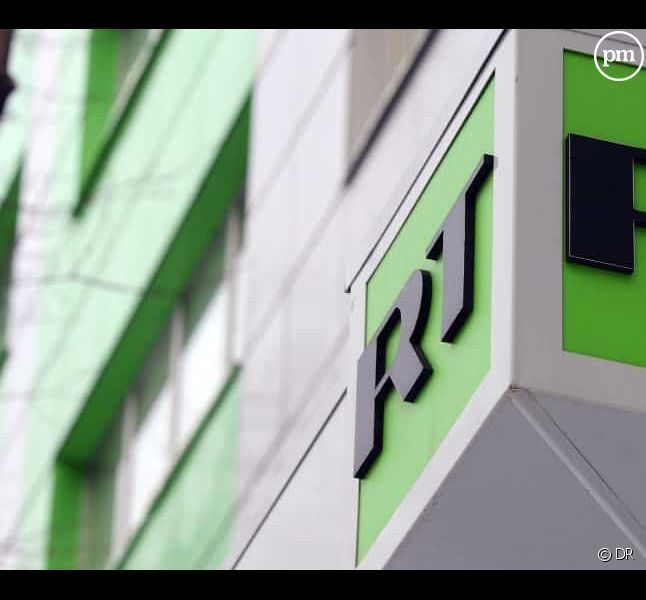 Some people in this context speak about censorship, and this is never a good association.

You should not use the word censorship or prophylactic censorship. On the Internet, this is impossible. Texts arise and dissolve in the blink of an eye. In the meantime, Facebook is used by two billion people, soon it might even be five billion. Therefore, it should not be done through censorship but rather through the reaction, the removal of lies and untruths within the so-called model of “notice and take down”. To avoid irregularities, a mechanism of so-called “counter-notice” is being discussed whereby if the administrator removes the truthful information, you will be able to invoke and restore it. But we could start with the implementation of the “notice and take down” procedure of evidently illegal things, such as racist content.

However, the removal procedure takes a long time. In the meantime, the information is spreading, as you said, in a blink of an eye, while it – also thanks to new technologies, bots and troll armies – can reach millions of people.

It always takes time. The same applies to the kind of pressure that in Germany has resulted in the introduction of a penalty of €5 million to €50 million for operators if they do not remove hate speech and misinformation within 24 hours. Although it has greatly accelerated the removal of untruths, often even to 10-12 hours, it is still very time-consuming.

Everyone is still able to share the wrong information and rewrite it, so deleting the original can even go unnoticed.

There are also ideas to apply media law to the internet. Then the author of the untrue information or the publisher would be held accountable.

The combination of penalties for publishers plus the liability of the authors of misinformation may prove effective. However, it will not solve the problem, because there are many artificial accounts on the Internet that are difficult to bring to justice. Even if all the content review mechanism could be implemented on all platforms, processes related to breaking the media law have been going on for years.

Yes. And 100,000 users of any newspaper read the correction placed in a completely different place than this noisy fake news that was earlier published on the front page of a tabloid. And the internet does not work as a newspaper or a publisher.

Or, every one of us becomes a publisher. But you said that “we have to win this war.” What other possibilities are there to defend ourselves?

This is not a fight against windmills. In addition to the already mentioned mechanisms of control and criminal law, it is necessary to shape the mentality, to draw society from the trap of populism, to explain it to the world, to teach the facts instead of the emotions that underlie populism.

We should consider why people succumb to populism at all. Why is Russia Today, Sputnik, or tabloid platforms like Breitbart so popular? To fight misinformation, one has to determine why we are so vulnerable to it.

Sometimes it is the case that someone is looking for information on the internet and finds unflagged information that looks fairly reliable – and already knows. In addition, intentional misinformation is sold in a sensational way. As a result, we have given a lie garnished with a bit of sensation sauce. In the end, sensation has been created in the traditional press and always sold well. In fact, even the serious newspapers have always tried to attract with front page headlines, which may have not reflected all the truth but gave a taste that something extraordinary is going on.

Nowadays, serious newspapers are competing for readers – and therefore also for clicks – not only with tabloids, but with information, social and content-sharing platforms on the internet as well. Clicks are advertisers, clicks are money. Therefore, the publication of fake news and emotional manipulation lies in the financial interests of Facebook and Twitter. Media also need ads and clicks to survive but their actions are regulated by law and standards. In fact, the struggle for readers has become a bit unequal and unjust.

We learned an important lesson from the US election campaign, when several Macedonian platforms made a profit by publishing fake news, among others on Facebook, taking advantage of the opportunity to recognise that it is a good business model. When people watch it or read it en masse, it is possible to underpin an effective advertisement there. Currently, the plague of misinformation infiltrates various fields of human activity, also breaking into the sphere of science as the so-called fake science.

And everyone can be the creator of information.

As a result, one can feel like a god of information who will decide on his own what is true and what is false… Thus, as always, democracy creates opportunities and threats. There is no easy prescription for the fake news phenomenon. Therefore, it is necessary to study and counteract it using very different tools, recognising the multidimensional nature of this phenomenon. And it is necessary to change the world of politics without duplicating bad practices, by using the language of truth and values