In an interview on the sidelines of the World Economic Forum in Davos, he also said that despite the ongoing political and economic problems, Europe is still part of the solution, rather than a problem.

Pierre Moscovici is the Commissioner for Economic Affairs, Taxation and Customs. Prior to that, he was the minister for finance and European affairs in France.

The forum started with a downward revision of the forecast for European economies by the IMF. In February you will update the European Commission forecast. Will you also cut the GDP for the next years?

What I can say at this stage is that we know that the global economy now is under more risks than it used to be. Some of these risks are global, such as the trade tensions between the US and China. Some are local, including Brexit, for example. And this will probably have to be reflected in our forecast. How much, I cannot say. You will have to wait fora few weeks. But I would say that, in my experience, institutions are not very far from each other in their forecasts.

You mentioned Brexit. Some voices recommended more time in order to negotiate a better deal. Others call for a second referendum. What is your position?

You might regret it because we thought it was the best agreement possible under the constraints that we both have. The following day, Theresa May passed a no-confidence vote, which means that they are not in favour of a no-deal Brexit either. Therefore, we have to look for another way. But the key is in London. First of all, we need to have clarification by the UK Parliament and its government on the way forward. We know what they don’t want. We need to know what they want. It’s time for clarifications to have positive options. And we are waiting for that.

But the stalemate can be overcome with more time or is it high time to ask again the citizens?

That is a choice that has to be made by the British people themselves and by the British Parliament. I know that is extremely complex because you don’t see the clear majority. And you need to find that. But all options exist. You need to have a clarification of options. There is another debate on the 29th of January. We are waiting for the options to be clarified.

France to go it alone on digital tax plans

France is to join a growing list of member states setting out their own plans for a digital tax, after the country’s Finance Minister Bruno Le Maire announced on Monday (17 December) that new French laws for the taxation of digital giants would come into effect from 1 January 2019.

On the digital tax, which is also part of your portfolio, a few countries, including Spain or France, are going to introduce it already. Are you satisfied with it, or could these moves harm the introduction of a European digital tax?

This is a global problem that should be dealt with globally. That is the best case scenario. We are looking for that international response at the OECD. We know it is not simple to find an ambitious solution in that framework. So we launched the idea for a European response. I think that is pretty legitimate because it is much preferable to have a common answer to a common challenge. Those companies operate all over Europe and they need to pay their fair share of tax wherever they are located in Europe, or elsewhere.

We have put on the table a proposal which is well calibrated. We are quite close to an agreement. We see the potential support of 25 member states. The problem is that we need unanimity so we need three more. I don’t see a major contradiction between the proposal made by some countries like Spain, France, Austria and others to adopt national digital taxes, as long as these taxes are compatible with the Commission proposal. When the time comes, it is quite easy to substitute a national digital tax for the European tax which is compatible. One could say it is in contradiction with a European tax. I rather see it as a first step. 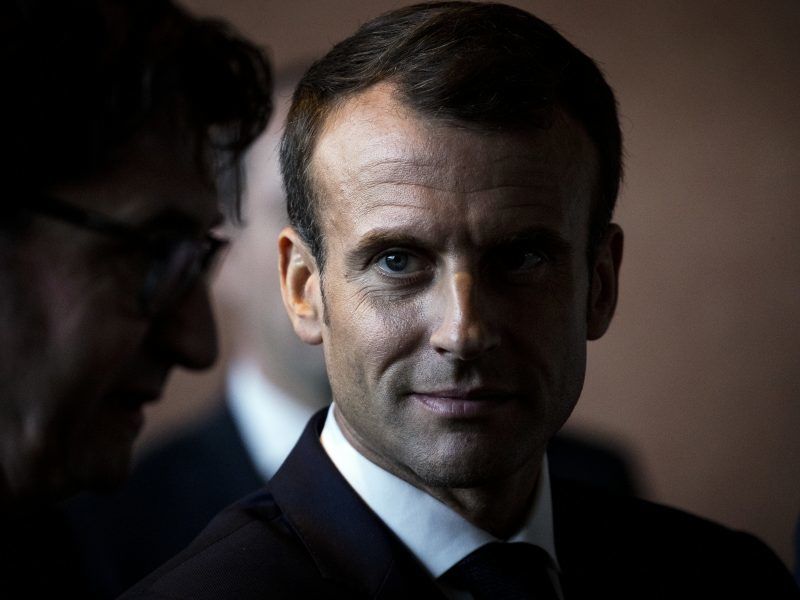 In Europe, over the past months, we’ve experienced the risk of a no-deal Brext. In France we saw the ‘yellow vests’ protests. Italy elected a populist government which is defying the EU rules. Germany, the largest EU economy, is nearing a technical recession. In Eastern Europe, countries like Poland or Hungary are breaching the rule of law. Last year, the message proclaimed in Davos by the Europeans was that “Europe is back”. Is Europe in 2019 a source of concern again?

Europe is still part of the solution and not the problem. We had in 2017 the best year’s expansion in the decades and we created a lot of jobs. If I look at the economy again, without considering the forecast, I see that it is still robust and solid. This is why I would say for this year Europe is still there. I don’t mean that we don’t have some problems, economically and politically. But I think we have the capacity to address them. We have one quality, which is almost the best thing to us, and that is democracy. We are very attached to that.

We will have European elections next May, a huge democratic exercise. Let’s have an election that shows a pro-European feeling for liberal democracy, attachment to the independence of justice and media, and that in climate change we are trying to find solutions. When you look at global problems such as digital taxation, we might belong to parties like the centre-right, Socialists, Green or liberal parties. But I think there is still a common ground to address all these issues.  There are differences and those differences are legitimate. We can fight for them. But in the end, Europe is still there. And you will see that after the 26th of May.