Belgium has higher mobile phone prices than other countries in Europe because of the high quality of its network, Dominique Leroy told EURACTIV.com. Looking forward, she said more spectrum was badly needed to cope with soaring demand for mobile data.

Dominique Leroy is CEO of Proximus. She spoke to EURACTIV’s publisher and editor Frédéric Simon on the sidelines of the ETNO Digital Innovation Night, on Wednesday (10 May).

When European expats arrive here in Brussels, one of the first things they complain about is the bad quality of the mobile phone network. There is a lot of talk about 4, or even 5G, but here in Belgium, we get the impression that 2G could be improved. What is the reason for that?

I don’t think it’s true. If you look at the coverage of 2G, 3G, 4G in Belgium, we are close to 100% in all three networks. In certain areas, mainly in Brussels where a lot of foreign people are coming, there are issues popping up because we have some restrictions in terms of radiation and the antennas. So that is the issue.

Looking forward, the main issue will be to cope with increasing demand for mobile and fixed internet, which is soaring. And whether we can invest sufficiently to meet that demand and get enough spectrum to cope with the demand.

This is the challenge at European level – making sure we have regulation to access spectrum on low and high frequency and deploy more antennas faster than today to cope with the new demands of tomorrow.

Discussions over spectrum in Europe have highlighted resistance among EU member states to freeing up new frequency bands, which is delaying decisions. Are you satisfied?

The issue with European processes is that they are very long.  First of all, there is quite a long process at the European Commission level to come with proposals, which already involves a lot of work and a lot of people trying to influence. And once the proposal is out, it has to go through Council and Parliament. And there you see that what you have achieved with a lot of energy and many months of work is watered down.

This is the issue we have with spectrum today. In the Council, you see that a lot of countries are reluctant because they see spectrum as something national where they can influence network deployment and get money for the state to replenish their budget. This is where the limits are.

We need a more pragmatic, long-term view to manage spectrum over the long term because it is a scarce resource. And in that sense, I think the proposed European steps are the right ones.

A group of thirteen EU member states have doubled down on a pushback by national governments against the European Commission’s proposed changes to radio spectrum policy, arguing it will sweep away their powers to auction off spectrum to telecoms operators.

Has Belgium pushed in the right direction in the Council as far you’re aware or has it been holding back?

Belgium has always been relatively rational on spectrum. It has always placed more emphasis on the utilisation and the deployment of spectrum rather than trying to get high prices. So in that respect, Belgium is leading the way more.

One last question: Many people working in Brussels are foreigners. In their home countries, they can get triple play for as little as €20. But in Belgium, we’re still very far from those kinds of prices. Why is that?

I think the quality of the infrastructure in Belgium is very high. And that’s because there is quite a lot of competition between cable and incumbents. And in that sense, there has been quite a lot of investment done in the country – everywhere you go in Belgium, you can get a very high-quality internet connection, at least at 30 or even 50 megabits per second. In other countries, you can have access to cheaper products but very often you are back on an ADSL line of 10 megabits per second.

So there is a big difference in the investments and the quality of the infrastructure, which is indeed reflected in the price. But this is also logical – if you have a very high-quality internet, you need to pay a bit more for it. 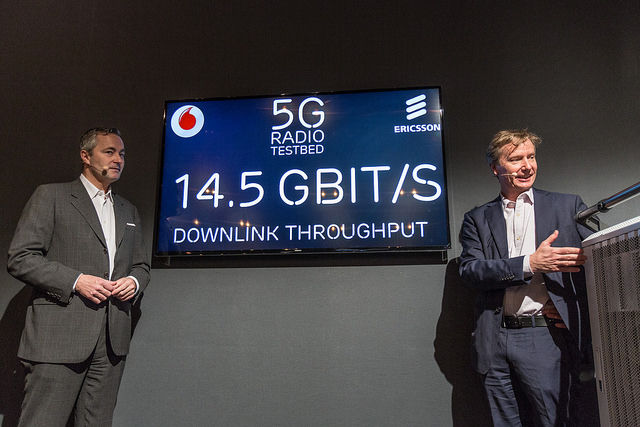 While capacity and speed will always be important, European companies need networks that are exceptionally reliable and adaptable to launch new technologies across Europe, writes Richard Swinford.