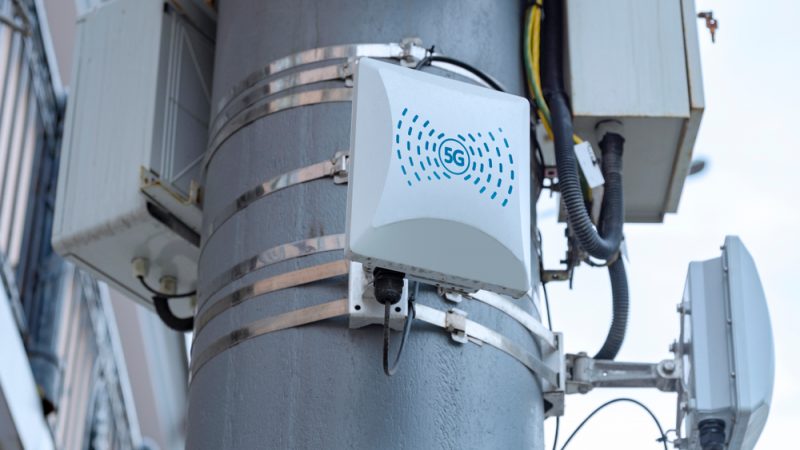 If the operating authorisation is not renewed in the coming years, the two French operators are likely to decommission the Huawei antennas already installed in the country, which would represent a steep cost for these companies. [Lisic/Shutterstock]

France’s highest court ruled on Friday (5 February) that provisions in the law introduced by the government on the security of 5G networks – dubbed ‘anti-Huawei law’ – are consistent with the Constitution. EURACTIV France reports.

The French Constitutional Council backed the law’s aim of “safeguarding the interests of national defence and security and protecting mobile radio networks from the risks of espionage, piracy and sabotage”.

This is a setback for Chinese telecommunications giant Huawei, as well as for French operators SFR and Bouygues Telecom, who are behind the referral to court.

Even though France has not specifically banned Huawei equipment on its territory, the National Agency for the Security of Information Systems (ANSSI) has very strongly restricted authorisations.

In accordance with the law of 1 August 2019, ANSSI may refuse an application if “there is a serious risk of harm to the interests of defence and national security” or if “the operator or its service providers, including by subcontracting, is under the control of or subject to acts of interference by a non-EU member state”.

However, if the operating authorisation is not renewed in the coming years, the two French operators are likely to decommission the Huawei antennas already installed in the country, which would represent a steep cost for these companies.

The state will not take care of the costs

However, the state has already warned that it would not bear the costs associated with replacing the equipment: “It is not planned, under any circumstances, that operators will be compensated for the decisions that have been taken,” declared French Secretary of State for Digital Cédric O last September.

SFR and Bouygues Telecom thus feel at a disadvantage. While it is estimated that it takes eight years to offset the cost of a new installation, competing companies Orange and Free – which have recourse to European equipment manufacturers Nokia and Ericsson – will certainly be able to benefit from longer and renewable operating authorisations.

However, France’s highest court ruled that there was no “disproportionate infringement” on the freedom to conduct business, as contested by the applicants.

As of 31 December, it was estimated that 8,675 5G sites were open for commercial use in France, according to French regulatory authority for electronic communications and postal services (ARCEP).