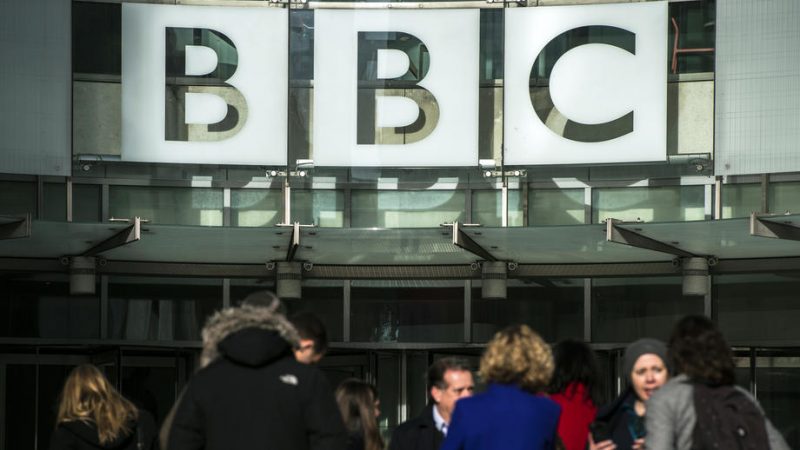 The British government on Wednesday (5 February) announced plans to stop prosecuting people who do not pay the BBC’s compulsory subscription fee, sparking concerns about the broadcaster’s future funding.

Culture Secretary Nicky Morgan said that in an era of streaming services such as Netflix, all public service broadcasters “must adapt”.

And she said it was “an anachronism” that anyone refusing to pay the licence fee — an annual levy on everyone watching BBC television — could face a fine or even jail.

But the proposal to decriminalise non-payment sparked alarm, against a backdrop of tensions between the BBC and Prime Minister Boris Johnson’s Conservative Party.

The Tories have accused the broadcaster of political bias — a charge it denies.

Currently set at £154.50 (183 euros) a year, the licence fee generated £3.69 billion for the BBC last year, allowing it to operate free from commercial constraints.

In a speech in London, Morgan admitted that removing the threat of prosecution would “almost certainly” see a funding cut. The BBC previously said it would cost around £200 million.

But Morgan denied the proposed change was “any kind of attack on the BBC”, which she said was an “incredibly important organisation”.

The corporation’s latest annual report found that 91 percent of UK adults use BBC television, radio or online each week, for an average of 18 hours — both down slightly on previous years.

The consultation, for changes due to come into effect in April 2022, comes just five years after a review into licence fee enforcement recommended no change.

“There is a question about what issue this repeat consultation is trying to solve,” a BBC spokeswoman said.

Philippa Childs, head of the broadcasting trade union Bectu, said it “makes no sense”. “It appears it is wholly motivated by the current government’s apparent obsession with undermining the BBC at every opportunity,” she said in a statement.

Morgan noted that in 2015, a licence fee was not required to watch BBC content online. Since then, the BBC has also decided to scrap free licences for people aged over 75.

But Tracy Brabin, culture spokeswoman for the main opposition Labour party, warned: “The future of the BBC is under serious threat from this Conservative government.

“Decriminalising non-payment of the licence fee will leave the corporation without a predictable income and potentially hundreds of millions of pounds short.

“The BBC as a public broadcaster is highly valued and something we should fight to protect.”

The consultation comes at a particularly challenging time for the BBC.

Its director-general, Tony Hall, is stepping down later this year and it recently announced plans to cut 450 newsroom jobs.

The licence fee model is guaranteed until 2027 but the government has indicated it is looking at different ways to do this in future.

In 2018, more than 121,000 people were convicted of evading the licence fee and fined an average of £176, the government said. The BBC said only five people in England and Wales were jailed for non payment of such fines.