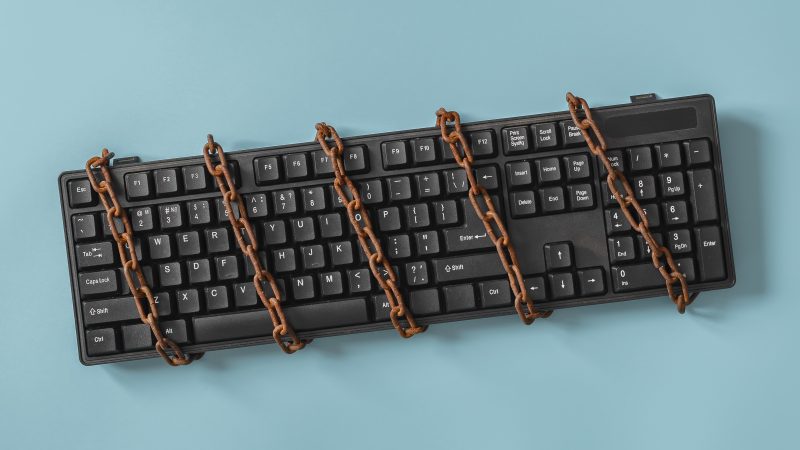 Albania and Bosnia were amongst the biggest losers in the Western Balkans according to Reporters Without Borders: Shutterstock, Abramoff

The Western Balkans has consistently struggled with issues relating to the rule of law, media freedom, and upholding human rights. But some progress has been seen in the area of media freedom in 2021, although more needs to be done, according to the recent Reporters Without Borders World Press Freedom Index.

The index – the global standard in media freedom ranking – shows that many countries rose in the rankings but decreased or stagnated in terms of their overall score. This disparity is due to other countries getting worse, thereby pushing others up the ranking.

Others, such as EU hopeful Albania, fell to a historical low of 103 while Bosnia and Herzegovina, not even in the EU’s waiting room, registered a much smaller drop. North Macedonia improved, while Montenegro registered only a fractional decline.

EURACTIV looked at the main issues in and the performance of the six Western Balkan countries, which include Serbia and Montenegro, both already negotiating EU membership, candidate countries Albania and North Macedonia, and two laggards still in the waiting room, Kosovo and Bosnia and Herzegovina.

Albania plunged to an all-time low, falling 20 places in just one year to 103.

“While editorial independence is threatened by partisan media regulation, the physical integrity of journalists is undermined by organised crime, the state’s failure to protect them and even by police violence,” the report said.

The accompanying text stated that the most influential media is owned by a handful of companies, linked to politicians and operating in highly regulated sectors. This leads to a problem referred to by RSF as “influence trafficking”.

In terms of politics, political pressure increased in 2021 with attempts to control information during the ongoing pandemic and the general elections.

Journalists critical of the government face regular political attacks, and have trouble accessing political information—something that is exacerbated by the recent centralisation of government communication, otherwise known as the Media and Information Agency.

Threats and harassment against journalists are rife, while women, who make up the majority of journalists, face online and sexual harassment.

The ongoing matter of police violence against media workers was also noted.

Kosovo moved up from number 78 in 2021 to 61 in 2022, yet its score decreased by 2.7 points. Key criticisms of Kosovo’s media sector included its small size and division amongst ethnic lines, notably Serb and Albanian. In addition, media independence is threatened by “poor regulation and dependence on partisan distribution of public funds.”

RSF described media in Kosovo as “pluralistic and vivid” and praised strong brands BIRN and Kosovo 2.0 that publish in Albanian and Serbian languages.

Politically, the media manages to hold the authorities accountable but journalists are prone to political attacks. Other threats include targeting by Strategic Lawsuits Against Public Participation (SLAPPs) and difficulties in accessing information.

Like other media in the region, private newsrooms are pressured by powerful political or business groups.

Serbia, moved up the list from 93 to 79, while its overall score fell from 67.69 to 61.51. RSF noted two polar opposites present in the media environment; award-winning quality journalism and rampant fake news and propaganda. However, award-winning investigative content rarely makes the mainstream as there are few independent outlets with a large audience.

In a political context, “journalists are regularly subjected to political attacks instigated by members of the ruling elite that are amplified by certain national TV networks”. There is also a lack of will to remedy the situation. For example, the judiciary “has yet to prove its independence and effectiveness in protecting freedom of the press.”

Like in many other countries in the region, much media funding remains opaque.

RSF noted that media in the country continues to be threatened by political interference, economic pressure, and unpunished attacks on media. It noted that the DPS, the former Communist Party, has ruled the country for the best part of three decades and has “waged a strong campaign against independent media and journalists,” although this has weakened following their 2020 electoral loss.

Critical media are often accused of working for foreign interests and betraying the nation or church. This rhetoric is exacerbated by a society “deeply divided along with ethnic, religions, or political grounds” and “the authoritarian political culture inherited from the past.”

Politicians often lead campaigns against journalists, and several attacks on media workers have been left unresolved.

EU hopeful North Macedonia also increased from 90 to 57 during 2021, and its score improved by just over one point. RSF noted that the overall environment is favourable to press freedom and provides for critical reporting, although transparency remains poor.

Political polarisation can lead to pressure by the authorities, politicians and business people, and two parallel media systems are used to exert influence.

In terms of threats, judicial abuse is common and “lawsuits are used as a tool for intimidation and pressure on independent media”. Despite this, there is a Code of Conduct and a media regulator, both of which encourage good journalistic practices.

Other issues plaguing the sector include cyber threats, the spread of disinformation, ethnic attacks, and a general decline in public trust. Journalists risk verbal threats and SLAPPs while the courts generally uphold media freedom.

Bosnia and Herzegovina also fell in 2021, although not as much as Albania and Greece. It now ranks at number 67 from the 58th spot it occupied last year. Problems include an unfavourable political and economic environment and a lack of protection for journalists.

Significant differences in media freedom and the quality of journalism across the country were also observed.

“Media work is in better condition in the capital, Sarajevo, than it is in the majority-Serbian entity Republika Srpska, and in the western part of the Federation of Bosnia and Herzegovina,” the report stated. It added that politicians regularly attack journalists and exercise influence over the media.

In terms of the legal environment, the framework is largely in line with international standards and access to information is largely granted. Furthermore, there are several initiatives underway to improve the situation for journalists in the country.

Despite some improvements, the common thread throughout the region is a lack of independent funding and pressure wielded on the media by powerful, politically linked businessmen, as well as politicians.

The judicial system is improving in some countries, but more work needs to be done to protect journalists from SLAPP and questionable rulings. Another cause for concern is the prevalence of violence against journalists by police, something noted particularly in Albania.