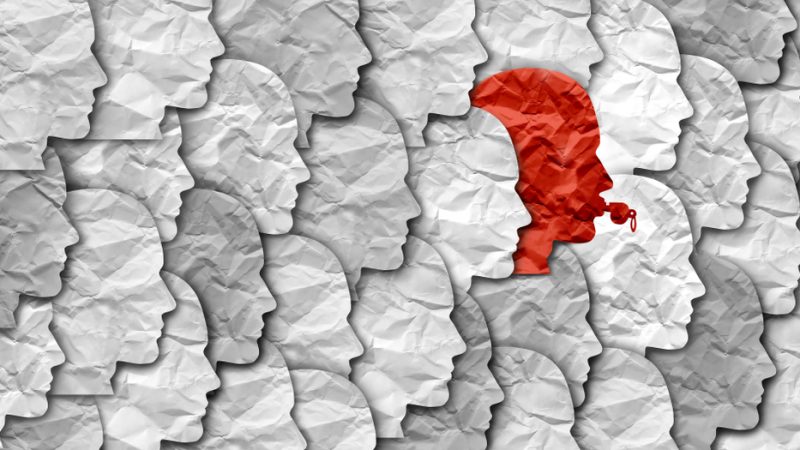 Almost all EU countries have failed to meet the 17 December deadline for transposing into national law the whistleblower directive, meant to increase the protection of those who report breaches of EU law.

In April 2018, the European Commission presented a package of initiatives, including a directive on shielding whistleblowers. The directive was adopted on 23 October 2019 and entered into force two months later. Member states had until Friday to transpose it into national law.

The directive was created to increase protection for whistleblowers due to the “uneven and fragmented” approach at the national level, the Commission said, adding that “whistleblowers are often discouraged from reporting their concerns for fear of retaliation.”

“Whistleblowers are brave people willing to bring illegal activities to light – often at great risk to their career and livelihood – to protect the public from wrongdoing. They deserve recognition and protection for their brave actions. I call on the member states to transpose the new rules without delay,” said Věra Jourová, Commission vice-president, for values and transparency.

The package of initiatives creates a comprehensive legal framework for whistleblowers, including creating accessible reporting channels, reinforcing the obligation of confidentiality, forbidding retaliation against whistleblowers, and establishing targeted protection measures.

Out of 27 countries, 24 are still in progress, and three have not started, according to data processed by the EU Whistleblowing Monitor.

How countries are progressing

Germany has not yet transposed the directive, but the new coalition government has vowed to “put an emphasis” on tackling the issue. The government said it wants to transpose it in a way that is “practical and legally watertight”, a spokesperson told journalists on Friday (17 December). They added a draft would be presented as soon as possible.

The previous government had failed to implement the legislation due to a deadlock between the conservative (CDU/CSU) and social democrat (SPD) coalition partners.

A draft law presented by then-justice minister Christine Lambrecht (SPD) was deemed too far-reaching by the conservatives. Lambrecht had proposed to go beyond EU requirements and protect whistleblowers who report breaches of not only European but also national legislation.

Slovenia has not transposed the directive, and it has not even been put for public consultation, a process taking at least a month. At the start of December, the justice ministry said it was subject to “interdepartmental coordination”, aiming to pass the bill by the spring.

In Croatia, the government sent the legal proposal to the parliamentary procedure, but with parliament on holiday, no decisive action seems likely until February.

Last spring, the Romanian government started adopting the directive into national law and was billed a “model country” for whistleblowers. However, there is no information on whether the law has been passed or its current status.

In Czechia, authorities have failed to meet the specified deadline and local NGOs have called on the new government to implement it as soon as possible. Furthermore, the protection of whistleblowers and necessary reform linked to the directive is included in the Czech National Recovery Plan.

Other countries that have yet to implement the directive include Belgium, Poland, and Spain, while Cyprus, Hungary, and Luxembourg have not started.

What does the directive include?

Those reporting breaches will be protected from dismissal, suspension, demotion, and any other kind of consequence. This protection is extended to any employee, contractor, shareholder, or supplier.

Whistleblowers are obliged to follow a three-step alert procedure, including an internal alert, an alert to the authorities if no measures are taken internally within three months, and finally, if nothing happens, a full public disclosure.

The directive has been subject to intense criticism, mainly relating to this three-step process. In February 2019, 77 independent media and anti-corruption organisations said the directive was “not good enough” and did not guarantee high-level protection.

They said the process could prevent the media from playing a vital role in unearthing wrongdoing and holding corruption to account.

Furthermore, there were concerns it would actually deter whistleblowers from speaking out for fear of reprisals. The system, critics said, puts whistleblowers in the position of having to report wrongdoing to the very ones who could be facilitating it.

The UN and the Organisation for Security and Cooperation in Europe, an international human rights watchdog, both called for increased protections within the directive and for whistleblowers to be able to disclose wrongdoing in the way most appropriate for them.

EURACTIV asked the Commission if the issues of transposing the directive could suggest a lack of enthusiasm from member states, but no response was forthcoming by the time of publication.