In August 2016, Finnish customs dismantled a large network of drug traffickers. During the operation, the authorities estimated that since 2014, this network has distributed up to 40,000 tablets of ecstasy, 30,000 of LSD and almost 40 kg of other substances such as cocaine and MDMA.

It was especially the mode of operation of traffickers who challenge the authorities, as it breaks the stereotypes of the traditional “dealer”: far from dodgy back alleys, the meeting place for the Finnish seller and his customers was on Silk Road, the main black market for drugs on the internet.

The development of these practices is now mobilising European authorities and research centres.

The GAFA of narcotraffic

The European Monitoring Centre for Drugs and Drug Addiction (EMCDDA) and Europol have issued a new report entitled ‘Drugs and the darknet’, providing insight into new practices in the narcotics trade. Currently in full swing, the digitisation of drug sales took place in 2012.

The emergence of e-commerce platforms Alphabay and Hansa, both dismantled in July 2017, convinced European drug traffickers to turn to the internet.

No need to search these markets on Google. They are located on the darknet, a network independent of the public Internet. Accessing it is not so complex: just download a free software, Tor for example, to access Grams, a search engine that looks like Google.

In the search bar, simply type the name of the book you want to download, the firearm you want to buy, or the substance you want to consume. These markets work exactly like eBay or Amazon: Buyers evaluate the reliability of sellers and post comments. Drug trafficking constitutes the major part of the exchanges carried out on these platforms.

The EMCDDA pragmatically identifies the benefits of darknet: confidentiality, anonymity, trade integrity and payment security. The sites that make up the darknet have addresses ending in “.onion” which guarantee the anonymity of the connection.

Transactions are made in bitcoin, a virtual currency listed on the stock exchange, and are guaranteed by a fiduciary deposit: the customer pays, the money is placed in the hands of a third party who delivers the money to the seller upon receiving the order.

The darknet allows sellers and customers to make their transactions with a fraction of the risk they would have had if they actually had met. Buyers, says the EMCDDA, have the feeling of having access to better quality drugs while having a wider offer than in the disconnected world.

Europe leads on the darknet

The Lisbon-based European observatory explains that online drug trafficking now affects all Member States. Three countries are mainly affected by the phenomenon: Germany, the UK and the Netherlands.

In Germany, between 2011 and 2015, online drug trafficking generated €26.6 million in revenue. Sales in the Netherlands, Belgium and Germany, which are among the world’s largest producers of synthetic drugs, mainly involve stimulants such as MDMA or ecstasy.

As the report points out, compared to the total turnover revenue from drug trafficking, online traffic revenues remain “modest”, but it appears that European dealers are pioneers of e-commerce: Europe concentrates close to half of the global revenues related to online traffic, with €79 million generated between 2011 and 2015.

Fight at the European level

Are police forces outdated? Not necessarily. Europol and the EMCDDA note that legislation and the efforts of various states have an impact on the online drug trade. The researchers explain that the main Achilles heel of the system remains the shipping and transport of goods.

Thus, experts note that large-scale customs controls that lead to drug seizures break the trust between customers and sellers, thus weakening the entire market. Countries with effective controls force resellers to abandon shipments abroad and concentrate their activity in their home state.

The report calls for more collaboration between the police services of the different member states. Outdated police forces, sometimes deprived of resources, experience difficulty adapting to a new type of crime that is evolving very rapidly.

The report advocates a European training on cybercrime and harmonization of the legal framework for e-crime investigators. Cooperation between the police services of different states must be increased, the authors believe, in order to carry out operations of greater scale.

In July 2017, the closure of the Alphabay and Hansa markets had weakened the main traffickers but the researchers indicate that the offer was reconstituted very quickly on other platforms.

Europol therefore insists on its own usefulness, as the agency is responsible for coordinating national services in the areas of cybercrime and narcotics. The darknet in itself, the report says, is not responsible for cybercrime. 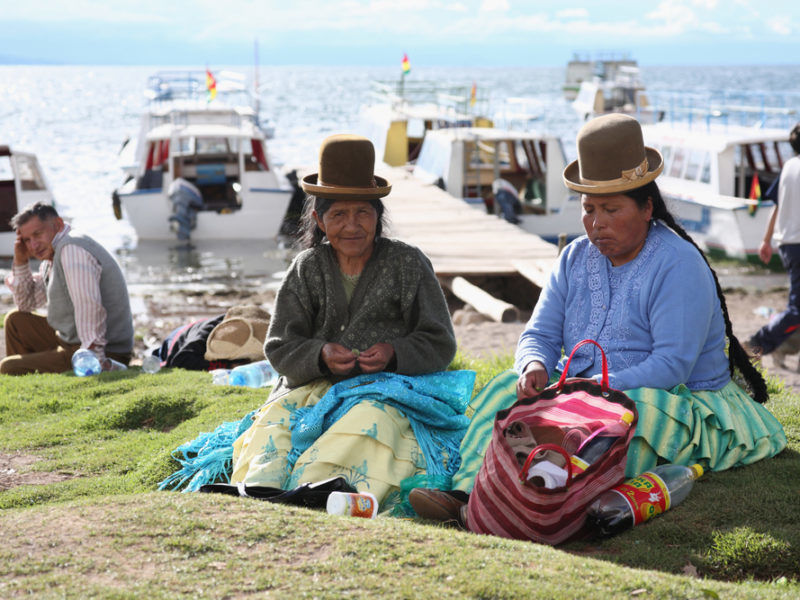 Bolivian President Evo Morales is confident of defusing tensions with the EU after his country passed a law increasing the amount of coca plant that can be legally cultivated. EURACTIV Spain reports.