Industry groups have amped up their efforts to lobby against the draft ePrivacy legislation. [Japanexpertna.se/ Flickr]

The Commission is considering a single EU-wide licence allowing tech companies in the financial services sector to operate across Europe.

Part of the plan to boost the burgeoning FinTech sector is the creation of a pan-European “sandbox”, or special regulatory framework, for the whole Union, EURACTIV has learned.

Some of the most advanced countries, including the United Kingdom, Hong Kong and Singapore, are already using sandboxes as a way to encourage FinTech startups without swamping them under regulation and paperwork.

In return, authorities get first-hand experience of the risks and challenges emerging  from this new sector and find the best way of addressing them.

Is Europe ready for FinTech?

In order to sound out stakeholder views and fine tune its proposals, the Commission will launch a public consultation on FinTech today (23 March).

The consultation document, seen by EURACTIV, will address the management of the vast amount of information gathered by the sector. Some of these startups base their business models on applying artificial intelligence to the world of “big data”.

The Commission will look specifically into privacy concerns raised by the use of self-learning machines and algorithms that gather financial data and process the information, EU officials explained.

Future EU rules will also seek to clarify data ownership principles, an issue that has become increasingly prevalent in the context of the fourth industrial revolution, or Industry 4.0.

In its consultation document, the Commission states that its stance on FinTech is based on three principles.

The goal of the consultation is “to create an enabling environment, where innovative FinTech products and solutions take off at a brisk pace all over the EU, while ensuring financial stability, financial integrity and safety for consumers, firms and investors alike,” the document reads.

The Commission will also look into the implications of data analytics and sensors in the insurance sector. The EU executive is indeed wary of potential discrimination and privacy issues raised by tailor-made pricing of insurance products according to gender, age, social or cultural background.

One part of the consultation is dedicated to blockchain, the distributed ledger technology that could disrupt the financial services industry. 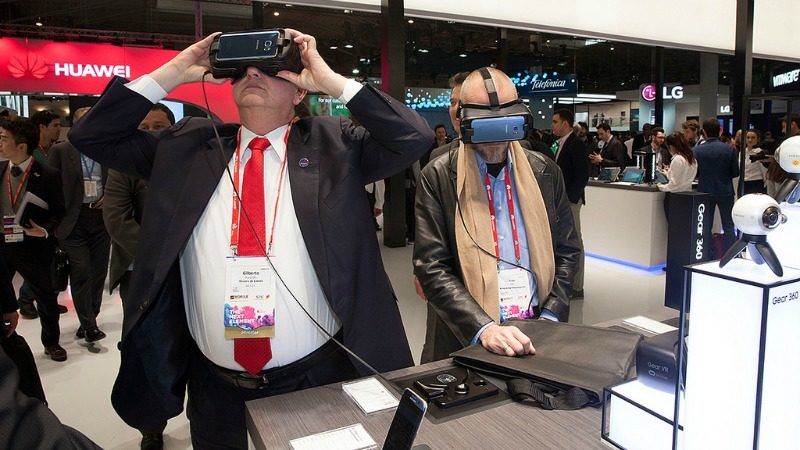 But the Commission is cautious about its potential because applications have to be fully tested. Besides, blockchain faces numerous challenges in terms of scalability, interoperability, standards and governance, personal data protection and digital identity management.

In addition, applications involve substantial legal risks, including the jurisdiction applicable or the legal recognition that blockchain data is genuine and accurate, and has legal value. And finally, it can bring new risks to financial stability.

Commission Vice-President Valdis Dombrovskis, in charge of financial services, will outline the EU strategy for FinTech today. He will speak at a conference organised by the Commission, titled “Is the EU fit for new financial technologies”.

The conference will look at how the technology is transforming the world of finance, regulatory and supervisory innovation, and security aspects, given that trust and confidence may be more difficult to uphold in the digital world.

The Commission’s view is that the best approach to deal with this emerging sector is to wait and see how these companies develop.

EU officials believe that an excess of regulation at this stage could kill innovation on the continent, warning that startups in Berlin, Paris, Amsterdam and Barcelona could end up moving to the US or Singapore.

With an appropriate regulatory framework, and instruments such as an EU licence, the Commission hopes to support companies interested in remaining in Europe and capable of competing globally.

A similar hands-off stance was expressed by the previous US administration when Dombrovskis crossed the Atlantic last year.

Although it remains to be seen whether Donald Trump will maintain the same approach, EU officials warned that if Europe does not offer a similar breathing space, firms would struggle to flourish globally.

As part of its efforts to find the right regulatory response, the Commission  set up a multidisciplinary Task Force on Financial Technology including services working on financial regulation, technology, data, access to finance, entrepreneurship, consumer protection and competition.

IMF Managing Director Christine Lagarde wrote on a blog post on 21 March: "FinTech innovation has come in many shapes and forms—from peer-to-peer lending, to high-frequency trading, to big data and robotics. In order to deal with risks affecting the financial stability, questions abound.  Should new technologies—often driven by algorithms—be subject to the same type of regulation used in the past? Or are new regulatory approaches needed for evolving technologies?  Can the forces of innovation help reduce risks and maximize benefits?”.

The IMF published last year a paper on virtual currencies, and now its focus is on blockchain. Recently established a High-level Advisory Panel of Leaders in Fintech, and will publish a new study on fintech in May.

FinTech should be able to offer solutions to increase cost efficiencies, address users' complex needs and generate value for the economy. But in order to deliver, appropriate policies on important issues, such as access to technology, data standardisation and security, personal data protection and data management, need to be put in place.

The first block will explore what benefits FinTech can offer to consumers, investors and firms, but also potential challenges and risks.

The second part will look at how this nascent sector can improve services, by reducing operational costs and increasing efficiency in the EU financial services. But it will also look at challenges such  as financial stability and financial sector employment.

Section three will explore competitiveness gains for the single market, as FinTech lowers barriers to entry for newcomers, while preserving fair competition, a level playing field and incentives to innovate. This section also explores how regulators, supervisors and industry can best support innovation in the financial sector.

The final part will look at the data management, to ensure that individuals' need for privacy is guaranteed and control their personal data.

One response to “Brussels eyes EU-wide licence for FinTech startups”