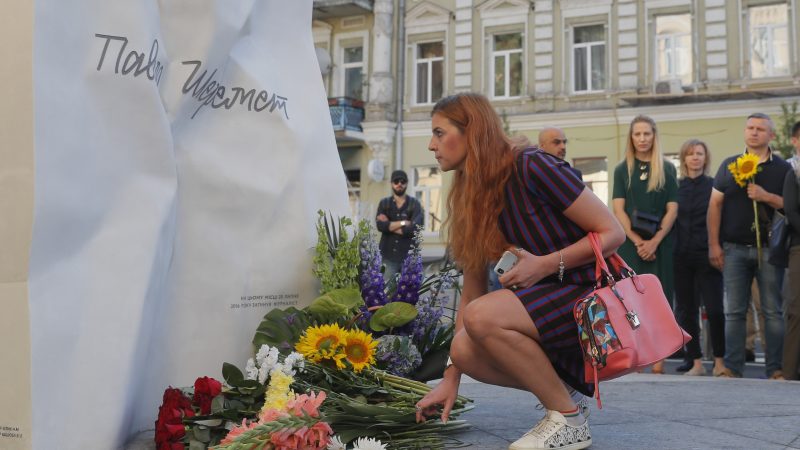 The first ever Media Freedom Award, bestowed by the governments of Britain and Canada, was given Monday (16 November) to the Belarusian Association of Journalists, the foreign ministries of the two countries said.

The prize aims to promote international action to bolster security for journalists around the world, according to Canada’s Foreign Minister Francois-Philippe Champagne and his British counterpart Dominic Raab.

It was awarded to the independent Belarusian journalists union Monday at the end of the second global conference on press freedom, hosted virtually by Canada and Botswana.

The Belarusian group was “singled out for its ongoing commitment to journalistic ethics and principles and its perseverance and self-sacrifice in the face of increased targeted crackdowns on media in Belarus,” the Canadian government said in a statement.

With 1,300 members, the Minsk-based association had already received the Sakharov Prize for Freedom of Thought from the European Union in 2004.

“Today, journalists in Belarus have to work under gunfire, literally, in a peaceful country,” said the president of the Belarusian association, Andrei Bastunets, as he received the prize. “They are victims of police violence and are sentenced to long-term arrests for their work.”

Since protests broke out over the August presidential election in which President Alexander Lukashenko — who has held power since 1994 — declared himself the winner, thousands of people have been arrested, at least four have been killed and dozens of others have said they were tortured and subjected to violence during detention.

At the end of September, Canada and Britain announced targeted sanctions against Belarusian officials, including Lukashenko, for the repression of the movement protesting the election.