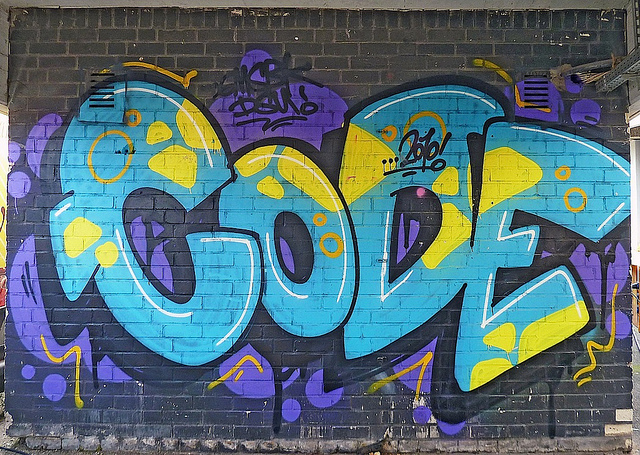 Does code have the potential to be the next official language of the EU? [txmx 2/Flickr]

SPECIAL REPORT: Once seen as the exclusive province of a handful of computer experts, coding has moved firmly into the mainstream as policymakers, educators and business have realised its potential.

That’s no surprise to many young Europeans, who have grown up with coding and the Internet since birth. But it’s only recently that the older generation has begun to appreciate what benefits it can bring.

Be it employment, the economy, education or entrepreneurship, the creative or just plain fun, coding has a part to play. And it’s an influence national and European policymakers are increasingly aware of, and one that will only become more relevant in the future.

Europe Code Week starts today (13 October). A packed schedule of events, discussion, competitions and debate, it will raise awareness about this vital skill.

Such is the potential of coding that some industry experts argue it should be considered as the newest EU language. It will certainly change the way EU citizens live and work.

Digital Commissioner Neelie Kroes told EURACTIV in an exclusive interview to be published later this week that there will soon be a time when coding comes into everyone’s working life – be they a nurse, for example, or a notary.

“But, she added, “coding is about more than a week, it’s here now and it’s going to be here for our lifetimes.”

Could an economy anchored in code reboot Europe’s return to growth and bring down its unacceptably high unemployment figures?

European Commission research has shown that the job creation potential of an app economy – which can only be created with code – is astonishing.

The EU’s app-developer workforce will grow from one million in 2013 to 2.6 million in 2019. Additional support and marketing staff will take that figure to 4.8 million by 2018.

But is the European Union – so often perceived to be lagging behind the curve in matters digital – going to be ready to take advantage of this cultural transformation?

Will industry and business be able to evolve with the changing demands of a digitised workplace?

How can the skills gap that exists among workers and the unemployed by bridged? What can policymakers do to help?

How can lawmakers encourage people of all ages to embrace and harness the advantages of learning to code?

It’s a tricky question for, in particular, the EU institutions, which have no direct powers over national education systems.

Incoming Vice President for the Digital Single Market Andrus Ansip told MEPs at his confirmation hearing that he wanted coding in the national curriculums of the EU member states.

But as the Commission has no competence in education, they are forced to rely on encouragement and information sharing rather than legislation and regulation.

This is where industry has a vital role to play. By joining together with policymakers in public-private partnerships, they can drive awareness-raising and the spread of best practice.

The Coding Industry Coalition of global businesses is the response to that demand. By working together, with EU policymakers, industry is positioning coding in the world of the workplace and education.

This week, they will throw their weight behind a regional coding movement, aimed at bringing this vital skill firmly into the mainstream.

They are supported by European Schoolnet, which is an EU network of 30 education ministers.

The initiative’s aim is to encourage youngsters to embrace code, and to secure support from national policymakers to make code a core part of the school curriculum across the EU.

Those pupils will be in pole position to make the most of the opportunities that code-conscious youngsters will be offered in the future.

This week, Microsoft is holding the Koda Kup coding competition, the finals of a six month contest for eight to 16-year-olds.

Before the competition, there will be a two day coding camp. This intensive training event will furnish Koda Kup finalists with tailored tuition to ensure they can impress the judges.

But, as Kroes pointed out, coding is not a flash in the pan. To fulfill its potential, it needs to be hardwired across a number of disciplines.

The EU Coding Initiative will establish the first localised coding platform in Europe.

As well as providing teaching and educational resources and raising awareness, the initiative will provide tutorials for every level, from beginner to expert through a new website.

Code.org, the inspiration for the initiative, achieved nearly 1 billion lines of code written by new students since the launch of this global campaign.

That success was noticed by EU lawmakers, who hope to encourage people of all ages to embrace a language with exceptional potential for the present and even more so for the future.

Over the course of this week, EURACTIV will investigate what coding can offer for education, for employment and the future of the EU.

Europe Code Week raises awareness about a skill that will only become more influential as time passes.

It could even help to reduce the EU's stubbornly high unemployment figures and get it back on the growth track.

Read the EURACTIV special report on coding this week to learn more about the exceptional potential of coding.