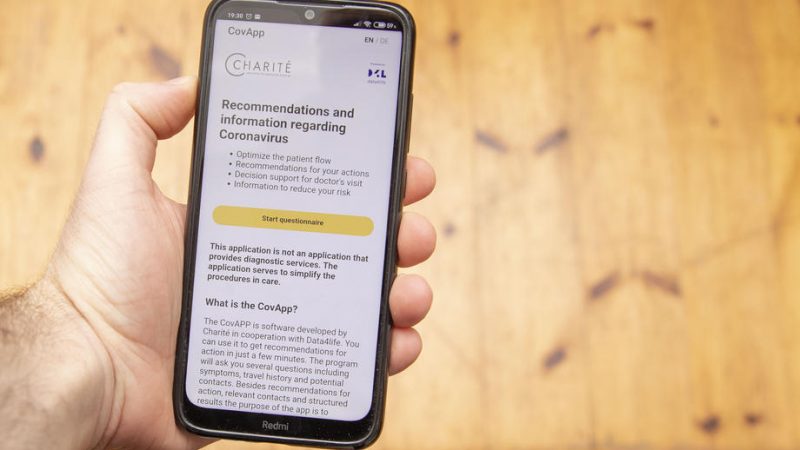 A European Commission initiative to acquire and use telecommunications data in order to track the spread of the coronavirus across the bloc should be operational ‘as soon as possible,’ the EU executive has said.

Last Wednesday, the Commission sent letters to 19 mobile operators, following videoconference meetings with several telecommunications companies in late March. The letters were an attempt to formalise the Commission’s request for the firms to hand over “anonymised mobile metadata to help analyse the patterns of diffusion of the coronavirus.”

A spokesperson from the executive told EURACTIV on Tuesday (14 April) that following the delivery of the letters, the Commission is keen to have the system for data exchange operational ‘as soon as possible’ and that the aim is for the project to cover all EU member states.

The move is part of a two-pronged approach to be included in a Commission toolbox due to be published tomorrow (April 15).

This will firstly seek to coordinate a pan-European approach for the use of mobile applications including contact tracing apps, and secondly, lay down standards “for modelling and predicting the evolution of the virus through anonymised and aggregated mobile location data,” a recommendation adopted by the College in mid-April states.

With the proliferation of mobile applications currently in use across Europe, the EU’s Internal Market chief Thierry Breton said at the beginning of April that the Commission is monitoring the use of such apps, used in the fight against the coronavirus pandemic, to make sure that the bloc’s “values and rules” are not being infringed upon.

A plethora of apps employing different technical standards have recently sprung up around Europe in countries such as Poland, Ireland, Germany, the Netherlands, and Italy, in a bid to tackle the ongoing spread of the virus.

Meanwhile, the strategy to develop a sense of coordination between these contact tracing apps is an important tenet in the Commission’s exit strategy, which is due to be published later this week.

A draft version of the exit strategy seen by EURACTIV states that a framework for contact tracing applications should be created.

Such applications, the document reads, “can help to interrupt infection chains faster and more efficiently than general containment measures, and can reduce the risk of massive virus spreading,” and as a result should be an ‘important element’ in the exit strategy.

The Commission notes that close proximity tracing between mobile devices should moreover be voluntary, based on consent, as well as respecting privacy and data protection standards in the EU.

Meanwhile, the document also highlights how such tracing programmes should only make use of anonymous data and should be deactivated as soon as the public health crisis is over.

Last week, the EU’s data protection watchdog, the European Data Protection Supervisor, said that the bloc should establish its own “pan-European COVID-19 mobile application” due to divergences in current app developments across the bloc.

While the draft exit strategy states that “widespread take-up of a pan-EU reference app, or at least interoperability and sharing of results between such apps, would allow for a more effective tracing and public policy follow-up,” the Commission is unlikely to go down the road of considering the development of it own application.

“I’m not sure that it would be terribly useful to add apps to the market, or add to those which are already in development,” a spokesperson from the executive said on Tuesday. “It’s not up to the Commission to be developing an app, particularly when there are already solutions which are being worked on.”

“Our approach is that we need to support this process and that we have two objectives: firstly to make sure that rights are respected, and at the same time, that we want to have these apps on the market as soon as possible.”