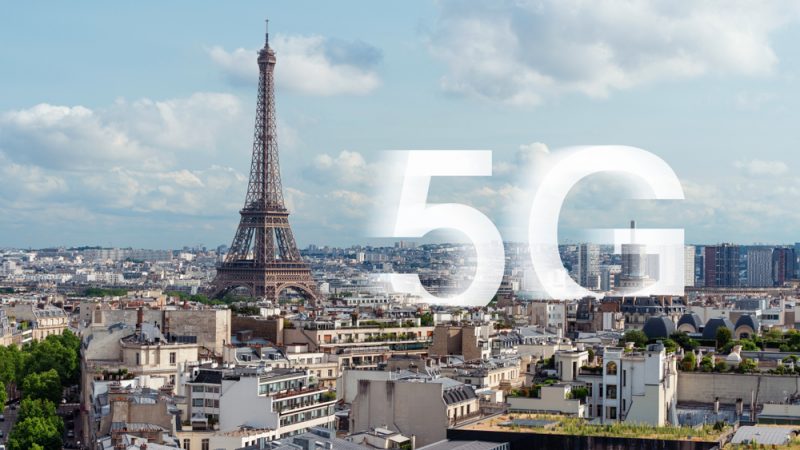 As part of the 2018 Electronic Communications Code, the EU has pledged to enhance the deployment of 5G networks by ensuring the availability of 5G radio spectrum before the end of this year. [Shutterstock]

This article is part of our special report Recovering with connectivity: a choice for Europe.

Speaking at the launch event for new telecommunications association GIGAEurope on Tuesday (17 November), Anthony Whelan, digital policy adviser to Commission President Ursula von der Leyen, spoke of the executive’s frustration at the likely failure of certain member states to comply with timeframes set out in the 2018 Electronic Communications Code.

As part of the code, the EU has pledged to enhance the deployment of 5G networks by ensuring the availability of 5G radio spectrum before the end of this year.

5G ‘uncertainty’ in the EU

Auctions for the allocation of 5G frequencies across the 700 MHz, 3.6 GHz, and 26 GHz bands have since been taking part across the bloc, but have been beset by delays owing to the coronavirus pandemic, concerns over the security of next-generation telecommunications networks, and a heated misinformation campaign that has sought to spread falsities about 5G.

“Delays in this respect create uncertainty for businesses that have to make decisions on the rollout and it creates uncertainty for consumers because a certain number of provisions were adopted in their interest,” Whelan said.

“So, I think first and foremost those authorities have to explain themselves to their own communities, not just to faraway Brussels, as to why this isn’t happening.”

“Obviously we are disappointed when we hear or member states that are not able or have not, as it were, made themselves able to reach deadlines for 5G core bands. It’s something we pursue very actively with member states to try and move that along.”

Data from the EU’s 5G Observatory shows that countries including Belgium, Bulgaria, Croatia, Cyprus, Estonia, Greece, Lithuania, Malta, Poland, and Slovenia are among those that have yet to formally and fully assign any of the frequencies across the 700 MHz, 3.6 GHz, and 26 GHz bands required for 5G deployment.

It is understood that Poland and Slovenia will most likely miss the end of the year deadline, with allocation procedures set to take place early next year.

Industry representatives also raised their own concerns about delays for the EU’s 5G spectrum allocation.

“In the area of 5G, we’re a long way from having a spectrum auction,” said John Porter, CEO of Belgium’s Telenet. “It’s not just because of the lack of government, but also because there are regional differences in expectations on how the proceeds are going to be distributed.”

“There are also regional differences on emission radiation norms, some of which are not feasible in the 5G environment. Then there’s a range of attitudes on taxation, right down to the potential to tax in-building redistribution networks,” he said, adding that the industry would welcome more ‘proactive involvement’ from the Commission in addressing some of these concerns.

Meanwhile, Jeroen Hoencamp, CEO of VodafoneZiggo, the joint venture between Liberty Global telecommunications firm and Vodafone based in the Netherlands, said there is real concern in his country over the allocation of the 3.6 GHz band, which has been identified as the primary pioneer band for 5G in the EU.

“The Netherlands was late. The three-and-a-half gig frequency is not going to be available until at least 2022, and then only partially,” he said on Tuesday.

“That is a real concern,” he added. “To be able to drive to the speeds that three-and-a-half gigahertz can deliver – the real one gig mobile, which is the foundation of all the future of business, consumer development, and IoT – this band needs to be unlocked.”

In the broader 5G space, amid the various delays to spectrum auctions, a Commission official recently hinted to EURACTIV that an updated Action Plan on 5G may be introduced next year, as part of the EU’s so-called ‘Digital Compass’ plans, which will lay out new ‘means and milestones’ to achieve benchmarks in the digital arena by 2030.

In the EU’s 2016 5G Action Plan, nations committed to targets including the launch of 5G services in all member states in at least one major city by the end of 2020. But with the recent setbacks, such objectives may prove challenging to meet.

In this context, the EU official said that a new 5G Action Plan could be in the offing as part of the 2030 targets, presenting a set of new deadlines for member states to attempt to meet.

“If next year we present the digital compass to the European Council [and] the objectives of 2030, we will need to have a close look at the 5G ambitions set a few years ago, and probably raise the bar,” the official said.