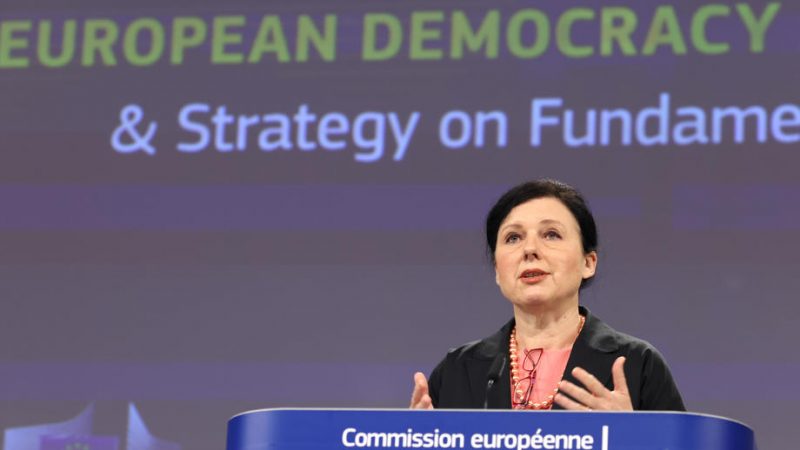 European Commission vice-president in charge for values and Transparency Vera Jourova gives a press conference on European Democracy Action Plan and a new Strategy on the Charter of Fundamental Rights at EU headquarters in Brussels, Belgium, 03 December 2020. [EPA-EFE/KENZO TRIBOUILLARD]

The EU executive also unveiled its Media and Audiovisual Action Plan, detailing a series of efforts designed to support the sustainability of the sector in a testing time, like facilitating greater access to support instruments and making it easier for news organizations to apply for financial support.

“We must not stay passive, because, over the years, we see the increasing trend of the coordinated and well-focused and targeted activities from the malign actors from abroad,” said the Commissioner for Values, Vera Jourova, referring to “Russia and China mainly, but also other governmental or non-governmental actors”.

“The attacks on the European society bear fruits, because they are able to influence the quality of the democracy and undermine the trust of the people in democratic institutions, what we have seen in COVID-time, it is quite telling,” Jourova said.

“The perpetrators, the producers who flooded the information spaces up to now go unpunished,” she added.

According to the Commission’s proposal, the EU is to “develop a toolbox for countering foreign interference and influence operations, including new instruments that allow imposing costs on perpetrators, as well as strengthening the EEAS strategic communication activities and taskforces”.

“With the continuously changing threat landscape, the EU needs to use more systematically the full range of tools in its toolbox for countering foreign interference and influence operations, and further develop them including by imposing costs on the perpetrators, in full respect of fundamental rights and freedoms,” the proposal states.

This would include the development of a “common framework and methodology for collecting systematic evidence on foreign interference” as well as a “structural dialogue with civil society, private industry actors and other relevant stakeholders” to regularly review the threat situation.

In addition, the EU executive will also present in 2021 a legislative proposal on the transparency of sponsored political content, designed to clamp down on micro-targeting and behavioural profiling techniques employed across the platform ecosystem for political purposes.

The proposal states the punitive measures could range from “publicly identifying commonly used techniques (so as to render them operationally unusable) to imposing sanctions following repeated offences”.

“Foreign actors and certain third countries (in particular Russia and China) have engaged in targeted influence operations and disinformation campaigns around COVID-19 in the EU, its neighbourhood and globally, seeking to undermine democratic debate, exacerbate social polarisation and improve their own image,” the document acknowledged.

“When foreign actors use manipulative tactics to mislead EU citizens for their own gain, the threat to democracy demands a comprehensive, collective response,” it stated.

Asked by EURACTIV how the instrument should be used and what type of sanctions could be considered, Jourova said it is yet to be determined as the toolbox would be “breaking new ground and is starting from scratch”.

According to Jourova, the EU’s cybersecurity diplomacy toolbox, outlining how member states can react when they suffer major cybersecurity breaches, could be an inspiration for the new framework.

Disinformation in the context of the DSA

Meanwhile, plans outlined on Thursday also state that as part of the upcoming Digital Services Act (DSA), which the Commission is due to present on 15 December, efforts will be made to bolster the resilience of the bloc’s code of practice against disinformation.

This code of practice is a voluntary framework signed by platforms, including Facebook, Google, and Twitter, in which they agree to take measures to control the surge of disinformation online.

“The DSA will also establish a co-regulatory backstop for the measures which would be included in a revised and strengthened Code of practice on disinformation,” the Democracy Action Plan states, adding that platforms are other stakeholders will have a say in the operation of this mechanism.

The Commission’s step comes after a study in May on the effectiveness of the EU’s code of practice against disinformation criticised the self-regulatory nature of the framework, suggesting that “sanctions and redress mechanisms” should be put into place in order to ensure compliance with the rules. 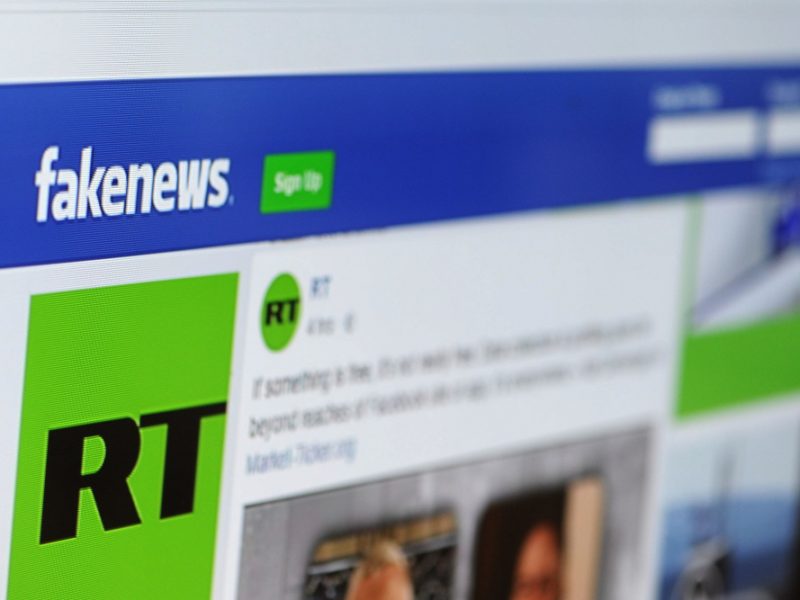 In the wider global context, the European External Action Service’s (EEAS) Stratcom unit has been monitoring disinformation tactics allegedly used by the Russian state across communications platforms such as Telegram and media including RT and Sputnik on the poisoning of Alexei Navalny and the continuing protests in Belarus.

EU officials confirmed in September that Stratcom, tasked with monitoring malicious interference in the form of fake news, has identified numerous examples of disinformation which they believe are attempting to maliciously manipulate both narratives.

According to the document, in addition to the Rapid Alert System, the European Cooperation Network on Elections is exploring “effective responses to disinformation, when part of a broader hybrid threat” and looking into how to engage with the Council of Europe and the OSCE Office for Democratic Institutions and Human Rights.