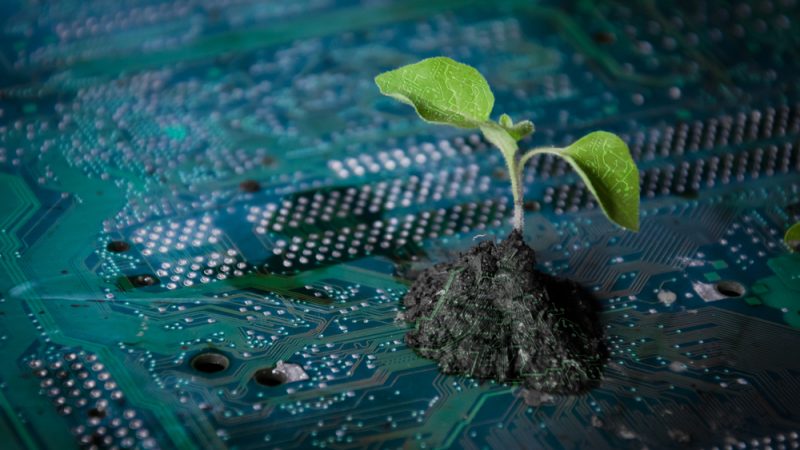 The European Commission launched a new Pact for Skills on Tuesday (10 November). [Shutterstock]

This article is part of our special report Upskilling Europe: The path to a green and digital future.

The European Commission has outlined a series of ambitious commitments to bolster the uptake of next-generation skills in Europe, in a bid to assist in wider EU goals of the digital and green transitions.

As part of a new Pact for Skills launched by the EU executive on Tuesday (10 November), public and private organisations from across the continent have been invited to pull together their resources as a means of ensuring that the bloc’s citizens are able to make their skills fit for the 21st century.

Signatories to the Pact, who include private and public organisations, as well as regional authorities, have committed to a series of long-term goals, including anticipating future skills shortages and building training programs as appropriate as well as ensuring that retraining opportunities are offered indiscriminately to all employees.

“In the midst of the digital and green transitions, skills are a necessity,” the European Commissioner for Jobs, Nicolas Schmidt, said while presenting the New Pact for Skills on Tuesday.

“They are the best way into quality jobs,” he added, noting however that industry uptake of public resources to support skills development is currently too low, while only a small section of the private companies collaborate on cross-industry training programs.

“Under the pact, public and private actors will take concrete upskilling and reskilling commitments. They will be able to offer training programs to their own employees, but also to workers in the value chain and ecosystem,” Schmidt continued.

“For its part, the Commission will provide the networking and knowledge support, as well as information on available EU funding.” 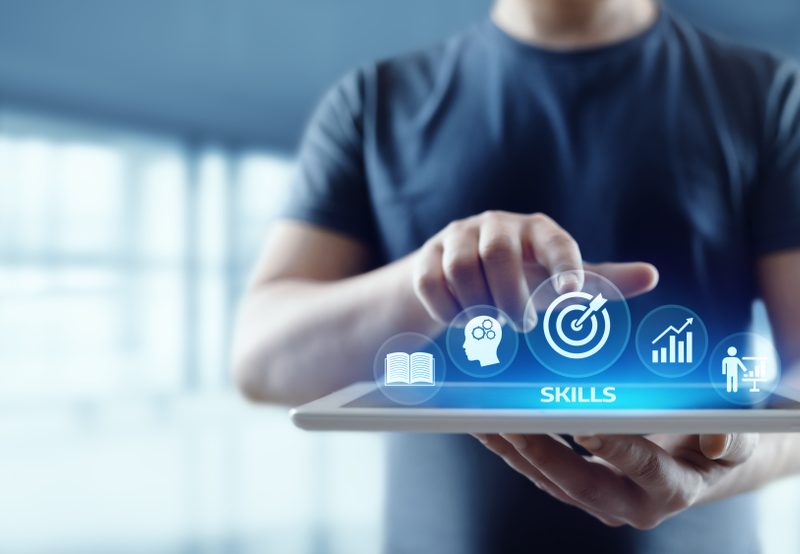 This week, the European Commission is staging its Vocational Education and Training (VET) week as a means to foster the uptake of skills that can aid in the executive’s twin ambitions of the green and digital transition. EURACTIV caught up with the Commission’s Joao Santos to hear more just after the EU executive launched its Pact for Skills on 10 November.

The Pact was launched as part of the European Vocational Education and Training (VET) week, which has been taking place all across Europe. Hundreds of online events and workshops have been staged in order to convey the bloc’s long-term commitment to fostering the uptake of next-generation skills.

As part of the agreement, a series of partnerships have been launched, targeting key industrial ecosystems that will help in the Commission’s twin ambitions in the green and digital arena.

“As the twin green and digital transitions are gathering speed, we want to equip all Europeans with the right skills,” the Commission’s Internal Market Chief Thierry Breton said. “Today, we are announcing first skills partnerships in three industrial ecosystems: automotive, microelectronics and aerospace and defence.”

In each of those sectors, the Commission has earmarked a series of objectives, with the goal of upskilling 5% and 6% of the automotive and aerospace and defence workforces respectively, as well as public and private investment of €2billion into the microelectronics industry, in order to provide upskilling and reskilling opportunities.

For their part, members of the industry welcomed the plans laid out this week, but also pressed for granular objectives in the field of upskilling, highlighting the gender disparities at play.

Speaking as part of the launch event on Tuesday, CEO of the microelectronic and semiconductor producer Infineon Technologies Austria, Sabine Herlitschka, noted how her sector has become beset by a lack of gender equality.

“We should also think of increasing and motivating women in the microelectronics and semiconductors industries,” she said, adding that any future major ‘European electronics brand’ which could in the future rival global competitors, should have inclusivity at the core of its practice.

Fostering greater gender equality in the technology industries has long been one of the Commission’s objectives. The executive’s Digital strategy published earlier this year highlights the priority of ensuring that women have more ‘rewarding careers’ in the tech sector and that they are able to participate in the bloc’s digital transition.

“More women can and must have rewarding careers in tech, and European tech needs to benefit from women’s skills and competences,” the strategy states. “The digital transition must be fair and just and encourage women to fully take part.” 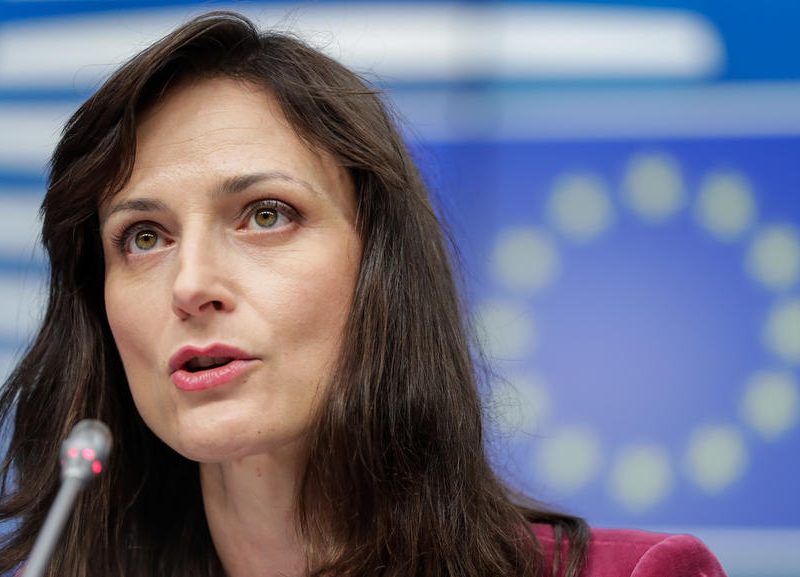 Tech firms in Europe are ‘losing out’ on a wide range of talent and diversity due to their reluctance to hire women across all levels of management, the EU Commissioner for Innovation and Research, Mariya Gabriel has said.

More broadly, in terms of digital skills across the board, during the coronavirus pandemic, citizens from all walks of life have turned to technological tools as a means to maintain some sort of a sense of continuity as the crisis continues to wreak havoc across the continent.

In this climate, the uptake of digital skills in particular has never been more pressing for the EU.

In September, as part of the Commission’s Digital Education Action Plan, a broad series of initiatives were proposed, including putting forth recommendations for distance learning for primary and secondary education, developing guidelines on Artificial intelligence use in the classroom, promoting digital literacy, and creating a European Digital Skills Certificate.

“Education and training have faced huge disruption due to COVID-19 and a quick shift to distance and online learning. The mass use of technology has revealed gaps and exposed weaknesses.” Commission Vice-President for Digital Margarethe Vestager said at the time.

But the importance of developing digital skills shouldn’t just be concentrated on the technology industries, says Herlitschka.

“I think digitalization is not only relevant in terms of digital skills but applying methods of digitalization to foster an enthusiasm for technology, with gamification approaches and the like could really help with digital literacy generally,” she said on Tuesday.

“Strengthening the interest in technology I think is such an important element.” 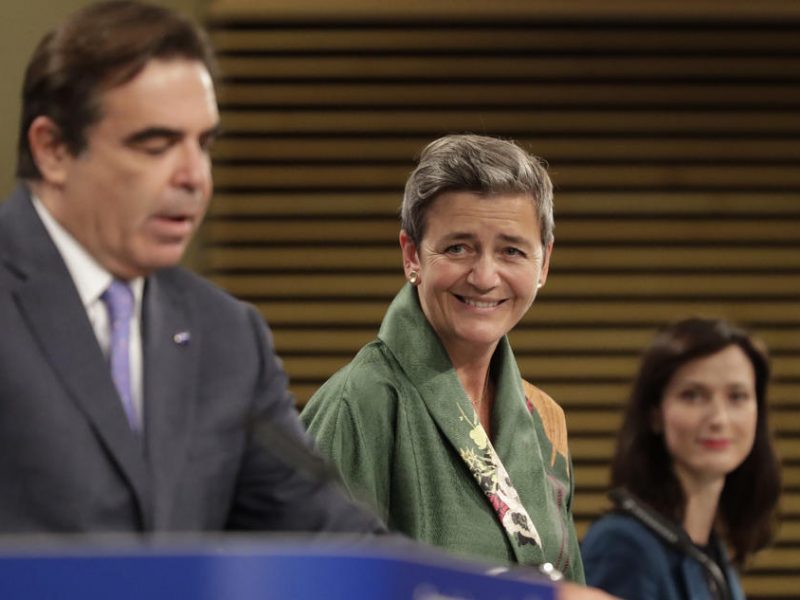 The European Commission has laid out plans to boost the education of citizens in digital skills across the bloc, as part of a drive that it hopes will aid Europe’s long-term economic stability while the continent rebounds from the after-effects of the coronavirus crisis.