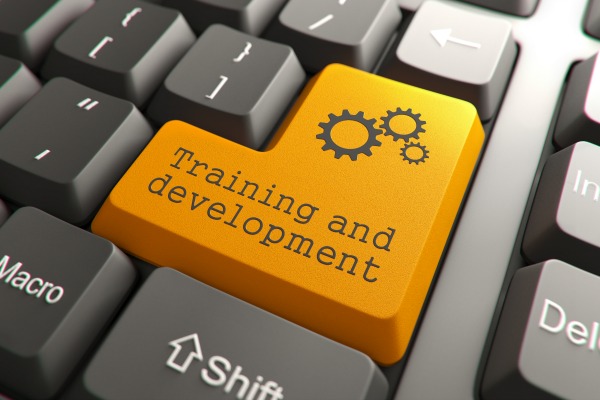 The Commissions flagship initiative, the Grand Coalition for Digital Jobs and Traing, had by May 2014 received 47 pledges from organisations in order to close an imminent skills gap in the ICT sector (Shutterstock)

SPECIAL REPORT / A little over one year after the European Commission launched a partnership to tackle the lack of digital skills in Europe and hundreds of thousands of unfilled ICT-related vacancies, almost 50 organisations have become involved in the initiative and made pledges.

In March 2013, the EU executive, spearheaded by the commissioner for the Digital Agenda, Neelie Kroes, launched the Grand Coalition for Digital Jobs and Training to facilitate collaboration among business and education providers, public and private actors to attract young people into ICT education, and to retrain unemployed people.

As of May 2014, 47 pledging organisations have joined, including private ICT companies such as Google, Hewlett Packard, Microsoft, Accenture and Samsung.

The pledges also come from universities, academies and local governments as well as national coalitions which have been launched in Latvia, Lithuania, Romania and Poland. EURACTIV understands that more initiatives are currently underway in Bulgaria and Spain.

The Commission has published the Pledge Tracker, a tool to follow the progress and the implementation of the project.

For example, it shows that the Department of Computer Science at the University of Sheffield is to establish a Computer Science Ambassador Scheme for 45 secondary school pupils, involving 60 hours guided experience of digital opportunities. The project, which will deliver short ‘hands on’ courses in core computer science for pupils aged 14-15, will run until 2015 and so far half of the target has been met.

Another pledge comes from Microsoft Europe which aims to increase the number of their high quality apprenticeships and internships by half over three years, from the current 9,000 to 13,500. So far the company has reached between 25-50% of its target, according to the pledge tracker.

Afke Schaart, senior director for EU Institutional Affairs at Microsoft, told EURACTIV that in January the company committed to a further two pledges focused on fostering entrepreneurship and coding skills among European youth by setting up a coding cup across eight countries in a six-month-long competition, rewarding national finalists with a camp to enthuse teachers and students to engage with computer science in a fun way.

Schaart said that the Commission has rightly promoted digitalisation and its adoption by society as one of the most important sources for growth and employment. Therefore, an initiative such as the Grand Coalition is “crucial”.

“We believe that the Grand Coalition has set a great example of how public-private partnerships can set the right incentives to boost digital skills and create opportunities for youth, while helping Europe to reap the benefits of the booming digital economy,” Microsoft’s senior director for EU institutional Affairs said.

John Higgins, director general of Digital Europe, the association for the digital technology industry in Europe, said that the initiative had already created competition between actors involved on pledges.

“It’s good that a space has been created that allows people to highlight and showcase and show off what they are doing,” Higgins told EURACTIV.

Digital Europe is supporting the initiative and though it may not be the whole answer to the sector’s employment problems, Higgins said, it is a good and important part which has already raised awareness of the issues.

The EU executive has identified five ICT policy themes that need to be addressed by the member organisations and EU officials: training, new forms of education, mobility, certification and awareness raising.

The Commission wants to scale up current student placement programmes to give students the skills they need to fill the vacancies in the ICT sector. But the focus should also be on a long-term strategy for new forms of education, with the curriculum created through better co-operation between education providers and industry.

At European level, a higher degree of mobility for ICT practitioners should allow for a better match of demand and supply in EU countries. A cap of a European certification scheme should also identify the people who have the skills required to fill the skills gap.

Employers also have to be better at explaining that the opportunities in ICT are attractive, go beyond one sector and include jobs within for example the music, video and medical technology industry. This is particularly relevant to young people.

A Commission spokesperson told EURACTIV that the EU’s executive is “definitely” viewing the Grand Coalition initiative as a success so far. Despite the upcoming European Parliament elections and the imminent end to its mandate in December, the Commission is trying to keep the momentum. The efforts will continue over the coming months to make the Coalition sustainable by enhancing the commitments for additional training, internships and jobs that can be “counted in hundreds of thousands instead of thousands”.

EU officials are particularly focusing on seeking commitments from political leaders to pledge substantial support for the Coalition, and widening the membership to ICT-using companies. The Coalition plans to reach out to more of the companies’ HR managers and the public, as well as private employment services.

Europe faces both hundreds of thousands of unfilled ICT jobs in the future as well as declining competitiveness. The number of digital jobs is growing, by 3% each year during the crisis, but the number of new ICT graduates, and other skilled ICT workers, is shrinking.