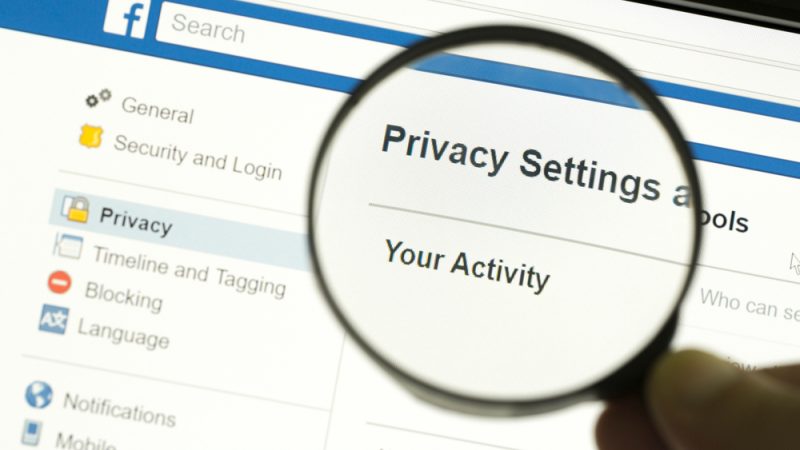 The EU executive is currently conducting a public consultation on future legislative efforts in the field of online political advertising. [Shutterstock]

The EU executive is currently conducting a public consultation on future legislative efforts in the field of online political advertising, and the option of prohibiting microtargeting under certain circumstances is being duly considered as part of the plans, according to Renate Nikolay, Head of Cabinet of Commission Vice-President Jourova.

Microtargeting is a technique often used by political groups that analyses personal data to predict the interests of a specific audience.  The practice forms the fundamental business model of several large social media platforms today, including Facebook, Twitter, and YouTube, and became infamous during the 2016 Cambridge Analytica scandal.

As part of the Commission’s ongoing talks for legislation on paid political advertising, due to be put forward in Q3 2021, Nikolay noted as part of an event held by the Association of Commercial Television in Europe on Tuesday (2 March), that the measures may very well hone in on the practice of microtargeting, and could potentially introduce a ban, in certain scenarios.

In terms of the need to avoid the ‘amplification,’ of certain harmful or misleading advertising online, the “debate that needs to be had,” Nikolay said, was on “maybe prohibiting certain practices like microtargeting at certain times.”

The head of cabinet for Vice-President Jourova also noted that the EU executive would continue to ‘revamp’ various ‘codes of practice’ that have been agreed with the platforms, in a bid to make align further with EU efforts to stamp out the spread of disinformation and harmful content online.

Meanwhile, calls in Brussels against certain practices under the scope of online advertising are becoming louder.

In early February, the institutional data protection watchdog said that the bloc should prohibit targeted advertising as part of new rules against Big Tech platforms in the bloc’s Digital Services Act.

The Commission’s December proposal for a Digital Services Act pitched the idea of greater transparency obligations for platforms in the field of targeted advertising, amongst other requirements in the field of content regulation. Penalties for violations of the rules include fines of up to 6% of a company’s annual income.

Specifically for online advertising, the EU executive proposed rules that would give users of online platforms immediate information on the sources of the ads they see online, including granular information on why an individual has been targeted with a specific advertisement.

“Given the multitude of risks associated with online targeted advertising, the EDPS urges the co-legislators to consider additional rules going beyond transparency,” the European Data Protection Supervisor’s recommendation on the Digital Services Act states.

“Such measures should include a phase-out leading to a prohibition of targeted advertising on the basis of pervasive tracking, as well as restrictions in relation to the categories of data that can be processed for targeting purposes and the categories of data that may be disclosed to advertisers or third parties to enable or facilitate targeted advertising.”

And more noise is coming from the members of the European Parliament, too. The S&D group have recently adopted a unified position against online personalized advertising, as part of their ‘Ads Zuck‘ campaign, in a bid to rally for support in their call to ban the practice outright.

Elsewhere, stakeholder feedback has been coming in thick and fast as part of the Commission’s public consultations for the legislative plans on online political advertising.

For their part, Google’s submission to the Commission inception impact assessment notes that while the company does not allow ‘granular’ microtargeting on its platforms, it does “permit the targeting of election ads across broad categories.”

For their part, members of civil society have highlighted the challenge that microtargeting creates when it is misappropriated by malicious actors, to sow discord and create divisions. In this vein, Global rights group Avaaz, has taken a particularly strong stance against how the practice of microtargeting amplifies disinformation.

“The risk and potential harm here is the scale and speed at which disinformation reaches us, the manner in which the platforms facilitate it, and how the disinformation is non-transparently tailored to influence each one of us individually,” their submission notes.