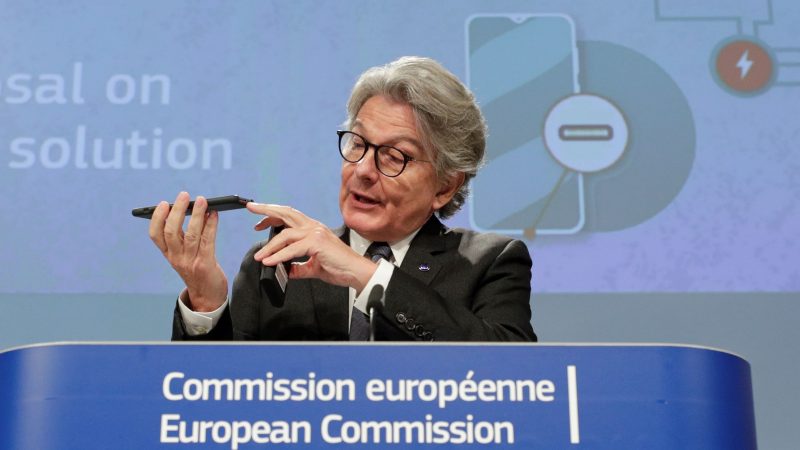 The European Commission is set to introduce binding obligations on a common charger after that years of mediation with industry players reduced the number of different solutions but did not lead to a single one. [EPA-EFE/OLIVIER HOSLET]

The European Commission presented on Thursday (23 September) a proposal to establish a single charger for smartphones, tablets, and other devices in two years.

The proposal includes provisions to harmonise charging cables using USB Type C as the common point of reception and USB PD from the charging side. The device manufacturers will need to inform consumers concerning any change related to the charging requirements.

“With our proposal, European consumers will be able to use a single charger for all their portable electronics – an important step to increase convenience and reduce waste,” said the EU’s Commissioner for industry, Thierry Breton.

The Commission considered it premature to regulate wireless chargers, a nascent but growing market. However, the EU executive committed to swift action in the form of delegated acts if the situation was to change.

The proposal also includes anti-bundling provisions, related to commercial offers that tie different products together in the same ‘package’. In this case, the smartphone makers will still be able to sell their device together with the charger, but they also need to offer the option of selling the charger separately.

Here is a small revolution in our daily lives! Our proposal for a common charger for mobile phones and other devices was adopted today. No more entangled cables in our hallway drawers 😊 #DigitalEU #EndChargerChaos pic.twitter.com/hmLN5vCi2P

Long in the making

The discussion around a common charging solution has been going on since 2009 when the Commission brokered an agreement among the main manufacturers that significantly reduced the types of chargers available on the market, so that the number of chargers available has dropped since then from 30 to three.

Following the expiration of the agreement in 2014, the European Parliament urged the Commission to impose binding obligations, something the EU executive was entitled to do under the Radio Equipment Directive (RED).

The Commission instead insisted on a voluntary solution between manufacturers, but the negotiations in 2018 again failed to reach a consensus on a single charger, following which MEPs reiterated their call for a mandatory action.

“We gave industry plenty of time to come up with their own solutions, now time is ripe for legislative action for a common charger,” said EU digital chief Margrethe Vestager.

For Alex Agius Saliba, one of the MEPs leading the charge for a common regulation, the proposal is long overdue. “Until now, the transition to a common charger was left to the goodwill and self-regulation of US tech giants and private companies. Needless to say, this is no longer acceptable,” the Maltese lawmaker told EURACTIV.

Apple is the company that has opposed the single charger the most, arguing that it is a constriction that will stifle innovation as it would prevent more innovative solutions to be launched on the market and hence limit consumer choice.

“We look forward to continued engagement with stakeholders to help find a solution that protects consumer interest, as well as the industry’s ability to innovate and bring exciting new technology to users,” an Apple spokesperson told EURACTIV.

Against this criticism, the Commission committed to a timely adjustment of technical standards resulting from new developments. The EU regulator might also update the scope of the devices covered by the rules, which include smartphones and tablets, but also digital cameras, headsets, portable speakers, and videogame consoles.

“If a company comes up with a better cable or port, then they should present it as a new standard and they will be able to charge FRAND rates once adopted. For the moment, we have USB-C, but without a doubt, there will be a USB-D, E, or F in the future,” she said.

Another argument Apple has raised is that a forced switch to a different charger type would prompt a rise in e-waste, as users and producers would need to dispose of existing cables. The transition period of 24 months is seen with concern as being too short.

A related point is what to do with existing devices, which the iPhone-maker hopes can still be sold, rather than prematurely disposed of.

“People will not throw away their current devices. Current chargers will still be used until those devices no longer function,” Charanzová added. 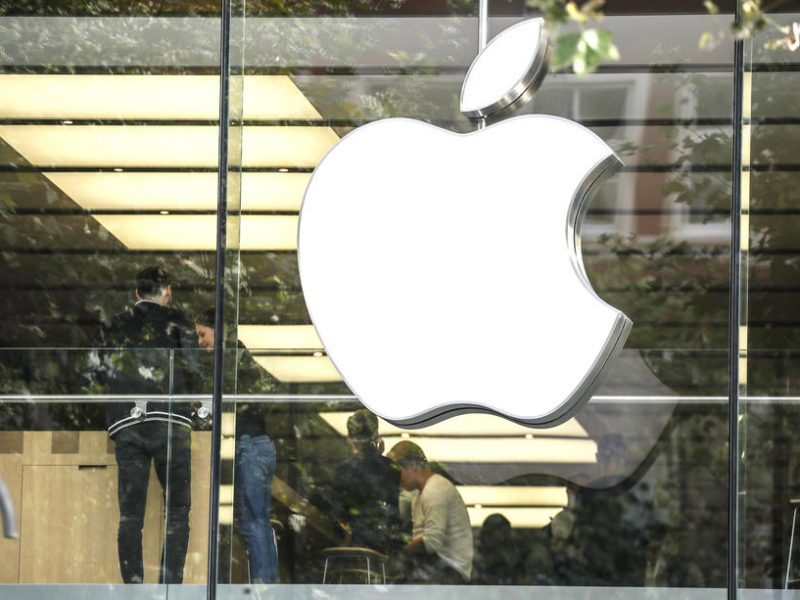