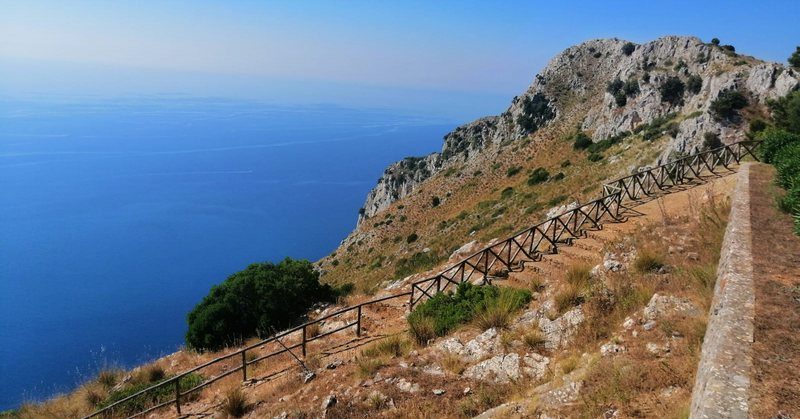 The trail of Ciolandrea in Cilento National Park where the corpse of Simon Gautier was found on Monday. [FLICKR-RADIO ALFA]

The European Commission will urgently contact the Italian authorities to better understand the lack of instant and accurate caller location of a French hiker found dead in Italy last week, an EU source told EURACTIV.com.

On 9 August, 27-year-old Simon Gautier fell down a cliff into a ravine while hiking in a remote area of Cilento National Park near Salerno, breaking both legs.

Italian rescue teams discovered Gautier’s corpse 10 days after his first emergency call for aid, because they were unable to geolocate him using the caller’s data.

Geolocation for emergency calls is not enabled in Italy because the country has not yet deployed the Advanced-Mobile location (AML) system, set out in the European Electronic Communications Code.

The directive, initially adopted in 2009, was revised in December 2018 and requires all EU member states to provide both network-based location and handset-based location when the call is placed from a mobile phone.

In particular, handset-based solutions use AML technology, which exponentially increases the accuracy of caller location information.

The single European emergency number, 112, can now pinpoint the location of callers, thanks to technological advances funded by the European Union. Euractiv Spain reports.

However, these rules will not be applicable before 21 December 2020 and, in the meantime, EU countries are only encouraged to develop handset-based location solutions.

In its latest report on the Implementation of the single European emergency number, 112, the Commission expected that by 2020 only more than half of the member states would have fully deployed the AML system.

Currently, nine countries report having deployed AML solutions, but Italy is not among them. Another seven countries – Croatia, Denmark, France, Germany, Hungary, Portugal, and Sweden – are currently taking part in the second phase of a new tender lead by the Commission, intended to launch the deployment project of handset-based AML known as HELP112 II

Italy and six other countries have developed apps or web-based solutions that ensure more accurate handset-based location using the GNSS or Wifi capability of the smartphone.

Although the 2020 deadline for AML deployment has not lapsed yet, the long response time from Italian rescue teams and the lack of caller geolocation have attracted criticism.

Jérôme Pâris from the European Emergency Number Association (EENA) said that AML should be already operational in Italy, as the country had received EU public money for a first testing phase in 2016 and 2017.

An EU source confirmed that since 2015 the Commission-funded HELP 112 pilot project already led to the deployment of AML in Lithuania and parts of Austria. The pilot also led to a testing phase in Italy and the UK.

The head of Italy’s national emergency response system, Mario Balzanelli, told the Italian news agency ANSA that Gautier’s life would have probably been saved if Italy had applied the 2009 EU directive.

An attack also came from two rescuers, who said in a Facebook post that went viral that Gautier “got lost in the wrong country.”

A probe has been opened by prosecutors into why it took so long to locate Gautier.

First medical examinations, however, showed the hiker died roughly 40 minutes after the first emergency call, as one of his broken legs cut an artery, which means that rescuers probably would not have been able to save his life even if he had been geolocated quickly.

“We are shocked and sad to hear about this terrible accident,” said a Commission spokesperson the day after the discovery of the body. “Our thoughts are with the family and the friends of the victim.”

The Commission will ask Italy to clarify the exact circumstances regarding the lack of caller location in the tragic incident, an EU source informed EURACTIV.

“Since the quick location of a victim is critical, caller location information for 112 must be made available to the authority handling emergency calls without delay,” said the Commission spokesperson.

“Many lives have been saved thanks to this new technology,” the spokesperson concluded.