Eight CDU MEPs complained to Angela Merkel about telecoms discussions in this week's coalition negotiations with the Social Democrats.

MEPs wrote that they are concerned about “the threat of a remonopolised telecommunications market in Germany”, according to the letter seen by EURACTIV.com, which is dated 31 January.

Their letter took aim at a proposal from the Social Democrats (SPD) to include in a potential coalition between the parties a guarantee that big telecoms firms could face no regulation for up to seven years if they invest in building fast internet networks.

The SPD plan aims to speed up Germany’s telecoms infrastructure, but critics argue that smaller competing firms will suffer if large operators are not forced to follow the same rules. EURACTIV reported on Wednesday (31 January) that the SPD had included the proposal in a negotiating document. 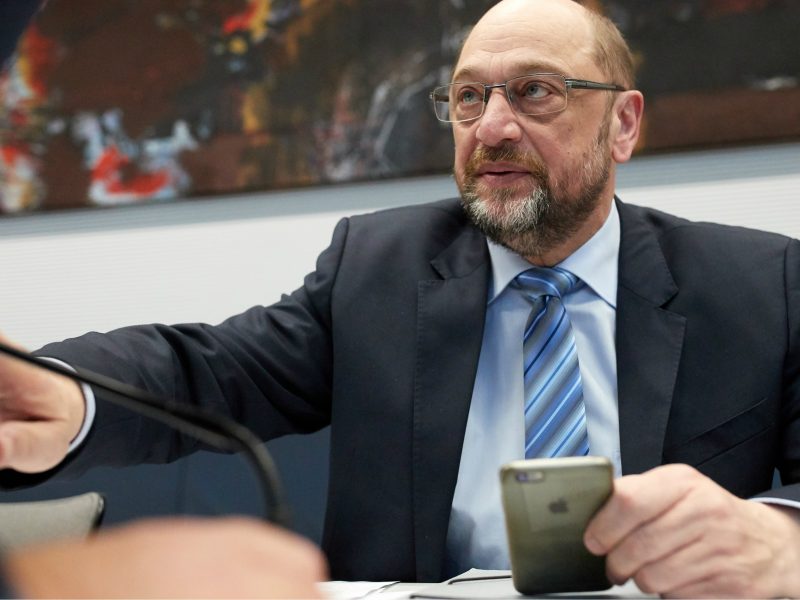 The MEPs do not mention Deutsche Telekom by name, but criticise the relaxed rules because they would help the “market-dominating company”. The German government owns 32% of the telecoms giant.

“What can’t happen in the end is for Germany’s most important infrastructure to be back in the hands of one company,” they wrote.

Germany pushed for a measure guaranteeing lower regulation for up to seven years in negotiations over an overhaul of EU telecoms rules. Three-way talks over the draft telecoms bill are still going on between MEPs, national governments and the European Commission, and the rule for light-touch regulation can only go into effect once the law is approved.

The MEPs’ letter also asked Merkel to change the German government’s position in the EU negotiations and support the Commission’s original proposal on investment rules. The 2016 proposal suggested laying off regulation for telecoms firms that invest jointly with competitors to build fast internet networks, but it did not refer to a minimum number of years that companies could skate by without regulators’ control.

MEPs want competing firms and “the ex-monopoly”, a reference to Deutsche Telekom, to face the same conditions when they invest in gigabit-speed internet networks.

If Germany’s federal network agency decides to deregulate an operator, that should be “under the European Commission’s control, should only be valid for true investments in optical fibre networks and should be limited to co-investments”, the MEPs wrote. Co-investments are joint agreements between more than one telecoms operator to build networks.

Ehler told EURACTIV he is afraid the SPD proposal will allow Deutsche Telekom to use a technology “which will severely affect competition”, referring to the vectoring technology,  a way of updating old copper networks to create faster connections that is cheaper than optical fibre.

Coalition discussions between the SPD, Merkel’s conservative CDU and its Bavarian sister party CSU started on Friday (26 January). The parties have discussed their digital policy plans this week and hope to wrap up negotiations on all political topics by Sunday (4 February).

Germany has been governed by a grand coalition between the SPD, CSU and CDU since 2013. The current government set a target for Germany to have fast gigabit-speed internet connections covering the entire country by 2025.

The German ministry for infrastructure announced a plan last year to reach the 2025 goal by raising €100 billion in private investment by 2023 and adding €3 billion annually in public money to build telecoms networks.