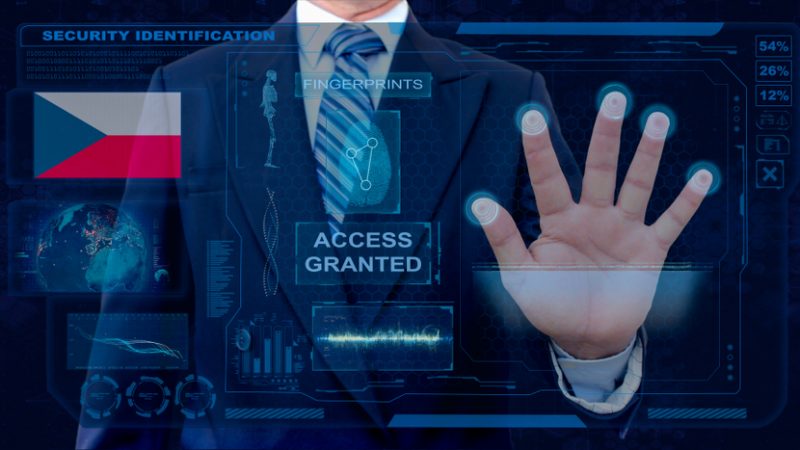 In the Czech Republic, Artificial Intelligence has been a widely discussed topic. Experts, politicians, and other stakeholders realize that research, development and use of AI will be crucial in near future. And that is why the country rejects strict regulations at the European level.

According to Czech stakeholders in the field of AI, too much EU regulation could irreparably slow down AI´s research and development.

An example of such a stance is AI scientist Tomáš Mikolov, who has worked in Google, Microsoft, and Facebook. He decided to move back to Czechia some time ago and currently works at the Czech technical university in Prague.

“An effort to regulate AI is often based on fantasy visions that have nothing to do with the current state of the AI technology,” Mikolov said.

“In my view, instead of discussing regulation, slowing down or limiting research and development of modern technologies, I would rather see a discussion about the support for such research and use of AI, so that we do not miss the train compared to the USA, but also China,” he added.

The less regulation the better

The Confederation of Industry of the Czech Republic shares this view. According to the director of the digital economy and technology department, Ondřej Ferdus, defining rules is important. On the other hand, reckless regulation can have unfortunate consequences, he warned.

“Europe is in a very good position to be a leader in the field of AI. However, overregulation could thwart this potential. This is why we agree with the approach of the Czech Republic,” he told EURACTIV.cz.

And what is the Czech approach? Emphasis should be placed primarily on self-regulation and a voluntary approach, as the Czech Republic emphasized in a non-paper published last autumn.

“In the field of AI, we primarily support the topic of a secure society. In this document, we also state that it is necessary to determine ‘red lines’ in the case of risky applications such as facial recognition, social scoring applications or applications that will be able to recognize the emotions of users,” Jan Míča, head of the European Digital Agenda Unit at the Office of the Government of the Czech Republic, told EURACTIV.cz.

“As far as coming regulation is concerned, we support an approach based on a thorough risk assessment and regulation only when necessary, so that we do not create unnecessary obstacles for developers and businesses.”

The Czech Republic is one of the 14 countries that urged the Commission in October to push for as little regulation as possible in the AI field.

Finding a balance between setting up rules and fast AI development is crucial also for The Confederation of Industry. Earlier this year, it established an informal group of organizations from the Central and Eastern Europe called AI Challengers. One of the outcomes is a common position on the White Paper on AI published by Commission in February.

AI is all around us

Czech experts, like Pavel Juruš, co-founder of the prg.ai project, draw attention to the unrealistic ideas of the public about AI.

“I still hear the sci-fi narrative that AI could destroy us one day. However, AI has been influencing us for a long time already, e.g. through electronic media like social media or recommendation systems. At the same time, the debate on what interest such applications of AI should be is rather marginal,” he emphasized.

Prg.ai is a platform for the development of science, education, and commerce in the field of AI that seeks to connect communities of students, teachers, scientists, lawyers, or philosophers and encourage discussion about AI in society. For this reason, Juruš is not a staunch opponent of regulation.

“In general, I am a proponent of caution, because AI carries a number of risks. The idea of some stakeholders that regulation is the same as imposing obstacles and hampering business is, in my view, erroneous,” he pointed out.

In fact, a well-established regulatory framework could support the development of AI and commercial applications. Juruš also points out that there are top teams and workplaces in the Czech Republic, but also a lack of sufficient support and investment from the government.

“Research institutes can do top research. What is missing is a strategic approach to the development of research and management of science. Unfortunately, this is a problem of the overall underfunding of science in the Czech Republic,” he explained.

According to him, the country is not able to offer interesting conditions to foreign scientists and capital. “Talented people go abroad because of better conditions,” he said adding that the government’s current approach to AI research and development is far from sufficient to help the country become a European leader in the AI field in the future.

Ondřej Ferdus from the Confederation of Industry also emphasized the need for more government support. In his view, the ongoing pandemic has shown the importance of digitalization and AI.

He also pointed out the power of the private sector or Czech universities.

“In the Czech Republic, we have hundreds of subjects that carry out applied research in AI. Czechia also has quite strong academic background when it comes to AI development,” he said and added that according to their survey, 88 % of companies pay for these activities themselves.

“It is obvious that companies realize the importance of AI so they invest their own resources.”