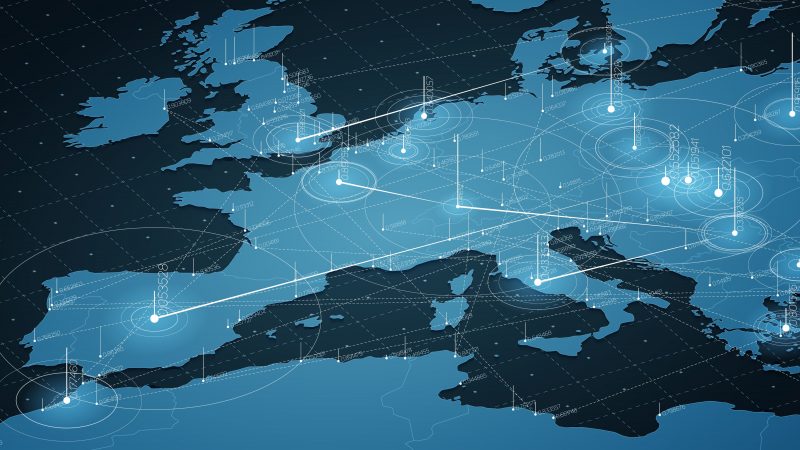 Denmark, Sweden and Ireland take the lead in the overall 2021 ranking while Greece, Bulgaria and Romania come last. Note that the index uses data from 2020. [GarryKillian/Shutterstock]

The 2021 Digital Economy and Society Index (DESI) assesses the digital performance of the 27 member states.

This year’s edition of the index was adjusted to reflect the four cardinal points of the “Digital Compass”: skills, infrastructures, digital transformation of businesses and public services. This strategy, presented in March, laid down quantified targets European states are expected to achieve by the end of the decade.

In September, the Commission launched the proposal for a governance framework that would rely on the DESI index to monitor progress and develop recommendations based on each country’s performance. 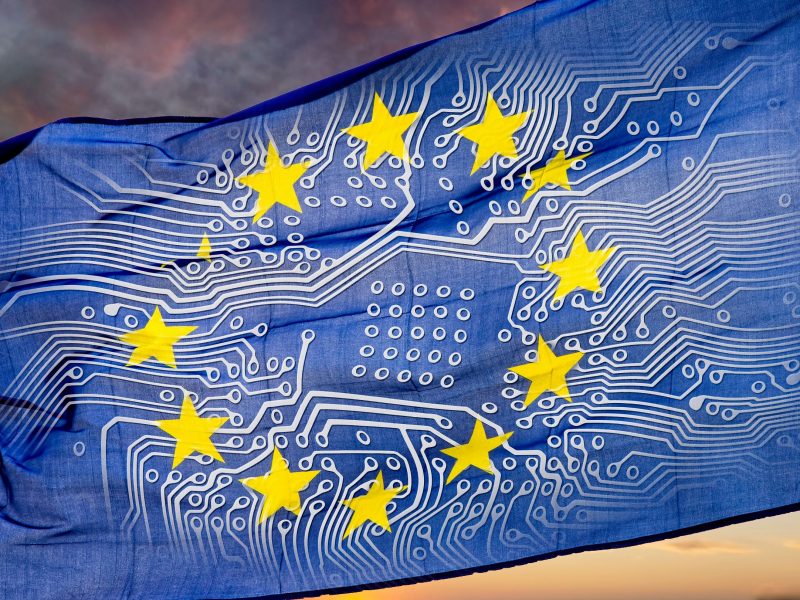 “The message of this year’s Index is positive, all EU countries made some progress in getting more digital and more competitive, but more can be done,” said the Commission’s Executive Vice-President for Digital, Margrethe Vestager.

She stressed that Brussels needs to work with members states “to ensure that key investments are made via the Recovery and Resilience Facility to bring the best of digital opportunities”. A minimum of 20% of the recovery fund’s money is meant to be invested to that end.

Denmark, Sweden and Ireland took the lead in the overall 2021 ranking while Greece, Bulgaria and Romania came last. Note that the index uses data from 2020.

In spite of the overall progress and the yet-to-appear improvements that the COVID-19 pandemic has left in its wake, significant gaps remain across the different countries.

As part of the commitments put forward in the EU’s 2030 Digital Compass, at least 80% of the bloc’s citizens should have basic digital skills. It’s “a range of abilities to use digital devices, communication applications, and networks to access and manage information”, according to UNESCO’s terms.

For now, only Nordic countries, Germany, and the Netherlands have passed the 70% threshold while Bulgaria and Romania are lagging behind with less than one person in three having basic digital skills.

Finland and Sweden also offer the biggest share of Information and communication technology (ICT) specialists among their working force, with respectively 7.6% and 7.5%. The Digital Compass aims at 20 million ICT workers by 2030.

A side goal of the EU strategy is gender convergence and right now, Bulgaria, Greece, and Romania are the only countries where the share of women in the ICT field is over 25%.

Another target is to have “gigabit for everyone, 5G everywhere”. By 2030, EU citizens should be able to benefit from 5G and very high capacity network (VHCN) coverage, no matter where they are.

The report shows significant gaps from one country to another for both. However, the data used in this case is from the first semesters of 2020, when many countries had not started to roll out 5G yet.

As for the VHCN, or optical fibre in most cases, there are important inequalities. Malta shows a 100% coverage of its households with VHCN, while only 10% of the Greek population has access to it.

While in the case of Malta, it can be explained by its small territory – making it easy to cover – other countries also offer very high coverage, like Denmark (94%) and Spain (92%).

By 2030, at least 90% of small and medium-sized enterprises (SMEs) in the EU should use digital technologies. In 2020, according to the index, only 60% of the European SMEs had reached this basic digital intensity level.

Denmark, Finland, Spain and Sweden have exceeded the 80% mark while about a third of companies in Bulgaria and Romania use digital technologies.

As for the use of Big data, artificial intelligence (AI) or cloud, different trends have emerged.

Nordic countries and Western Europe seem to be more prone to use big data while the Czech Republic and Austria top the ranking when it comes to their companies using AI.

The biggest gap, however, is about the use of cloud computing. Almost two-thirds of French companies do so, while the figure stands at around 14% and 13% for Polish and Romanian businesses respectively.

Finally, the Digital Compass sets the target that all key public services for citizens should be fully online by 2030.

There again, there are discrepancies between member states. If a number of countries are close to achieving that goal already, a few are still only halfway there or even further behind, like Romania, with only 44% of its administrative steps being possibly done online.