“The fight against COVID-19 is defiantly pushing digitalisation further with giant leaps.”

COVID-19 App Attack. In a bid to rein in the spread of the deadly coronavirus spread across Europe, a coalition of European stakeholders launched a new contact-tracing proximity technology on Wednesday (1 April). 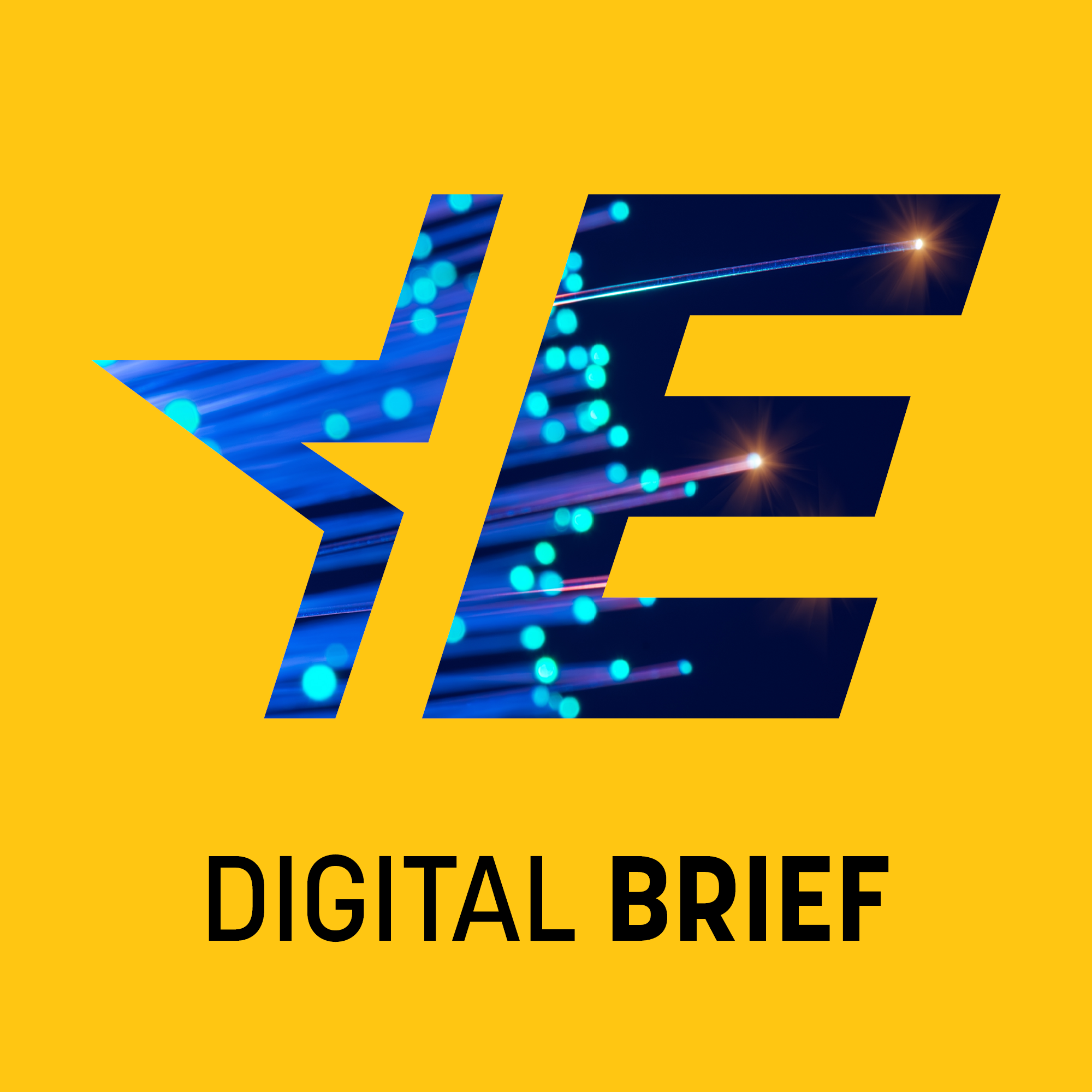 The project, dubbed Pan-European Privacy-Preserving Proximity Tracing (PEPP-PT), analyses bluetooth handshakes that may have been registered between two smartphone users when they come into close proximity with one another. Project leaders say it’s an anonymous and privacy-preserving approach to contact tracing, and it fully abides by the EU’s General Data Protection Regulation.

The technology borrows from various initiatives worldwide, including Singapore’s TraceTogether application, which has come to influence other national projects in the West seeking to clamp down on the spread of the virus.

Ireland’s government is to roll out a similar app. In an attempt to encourage privacy activists that reading bluetooth registrations is the way to go, a survey published yesterday by the Irish Computer Society shows that 87% of the Irish public are willing to share their personal data for the cause of stemming the spread of the coronavirus.

Meanwhile, speaking to Internal Market MEPs on Thursday (2 April), Commissioner Thierry Breton said the executive is closely monitoring the use of such apps across the EU.

EURACTIV caught up with S&D MEP Miapetra Kumpula-Natri to hear about her thoughts on the proliferation of COVID-19 apps.

“I really believe that new technological solutions and the use of data can help with this fight – and the mobile applications are one good solution when based on anonymised data to look into,” she said, adding nevertheless that the EU should make sure that these are only temporary approaches to data harvesting.

“However, we really need to be careful here. During extraordinary situations, measures are extreme, as we have also witnessed here in Europe. It is not uncommon that extreme measures could remain in force also after crisis.”

The next pressing question for EU leaders is whether or not these apps will be made mandatory or not. Interestingly enough, German Justice Minister Christine Lambrecht said this week that such apps should only ever be used voluntarily. Watch this space.

Palantir. Do you remember Palantir? Yes, the same Palantir of Immigration and Customs Enforcement fame, whose tech was used to track undocumented immigrants in the US. Yes, according to an article in Bloomberg, the company is in discussions with authorities in France, Germany, Austria and Switzerland to potentially provide data analytics software.

Prague’s Smart Quarantine. Staying with COVID-19, EURACTIV’s Aneta Zachová reports that the ‘smart quarantine’ system, which traces past movement and contacts of positively tested persons to find other infected people, has been launched in one of the Czech Republic’s regions. However, before the system is launched across the country, the government has extended preventive measures until 11 April.

Spahn on Big Data. Elsewhere, our Berlin reporter Sarah Lawton writes that German Health Minister Jens Spahn (CDU) told a press conference in Düsseldorf that he was in favour of using Big Data, in particular location-tracking smartphones, to help combat the spread of COVID-19.

Belgium COVID19 platform. A platform in Belgium has been designed to track the spread of the coronavirus, The Brussels Times reports. ‘Covid19stop’ has been developed by a team of medical experts, scientists and big data specialists.

COVID-19 Internet capacity. The Body of European Regulators for Electronic Communications (BEREC), has found that “overall traffic on fixed and on mobile networks has increased during the COVID-19 crisis,” but no serious congestion issues that may affect internet usage in Europe have occurred to date.

COVID-19 Infodemic. “Can garlic or vitamin C cure coronavirus? No. Does the virus only infect old people? No. But we have all seen these or other false claims online or on social media,” Commission President Von der Leyen said on Tuesday, highlighting the importance of stamping out COVID-19 disinformation online.

On Friday (27 March), the Commission’s Vice-President for Values and Transparency Věra Jourová sat down with tech platforms Facebook, Twitter, Google, Microsoft, Mozilla, and the association EDiMA, in a second meeting since the coronavirus outbreak in the EU.

The platforms assured Jourová that they have started to actively promote coronavirus information coming from authoritative sources. They have also pledged to demote or remove forbidden or harmful content on the issue. We saw a high-profile case of this earlier this week, after Twitter removed two tweets from Brazilian President Jair Bolsonaro which criticised isolation measures

The UK government are also investing in the misinformation fight against the virus, having put their Rapid Response Unit into operation to identify and resolve a ‘range of harmful narratives online.’

Hungary COVID-19 law. Talking of misinformation, the Hungarian Parliament approved new emergency powers on Monday (30 March) that will give the ruling Fidesz party the right to rule by decree.

The text of the new bill also states that those who spread false information or “distorted” facts could be prosecuted, with terms carrying “one to five years of imprisonment.”

EU AI to fight COVID-19. Last week, The European Commission launched an initiative to collect ideas about deployable Artificial Intelligence (AI) and Robotics solutions as well as information on other initiatives that could help face the ongoing COVID-19 crisis.

TERREG. The European Council and Commission are under pressure to make headway on rules to stamp out online terrorist content, the substance of which could provide a precedent for the upcoming Digital Services Act, an MEP involved with the matter has said.

As part of the rules, online platforms would be obliged to remove flagged terrorist content within a one-hour timeframe, in addition to potentially introducing ‘proactive measures’ that could take the form of upload filters.

While the Parliament is against the idea of upload filters being included in the text, the Council and Commission both support this inclusion.

Pirate MEP Patrick Breyer, who is a shadow rapporteur on the file, believes the Commission’s fast-tracking of the procedure could be down to the fact that the executive would like to set a precedent for the upcoming Digital Services Act (DSA), which is due to be presented in Q4.

iBorderCTRL. Breyer has also been making the most out of the lockdown period this week  – by urging the European Commission to publish reports on the trials of an Artificial Intelligence lie detector technology, iBorderCTRL, which has been bankrolled by the EU’s long-term research and development funding mechanism, Horizon 2020.

The iBorderCTRL system has been tested on various frontiers throughout the EU and uses advanced artificial intelligence technologies to analyse micro-expressions. One of its uses is to detect whether a user is lying or not when presented with a series of questions, in what has been termed ‘deception detection.’

5G. Speaking to reporters on the publication of Huawei’s 2019 annual report on Tuesday (31 March), Huawei’s rotating Chairman Eric Xu said he would expect the Chinese state to step in if any further restrictive measures imposed by the US against Huawei were put in place.

“The Chinese government will not just stand by while Huawei is slaughtered on the chopping board,” Xu said, adding that he believes the government in Beijing would take “counter-measures” should the US seek to extend the Huawei’s entity list designation – which restricts the capacity of US firms to purchase Huawei equipment.

5G deployment in Europe will “certainly be delayed” due to the ongoing coronavirus crisis, Xu said on Tuesday.

Indeed, Spain is likely to delay its 5G frequency auctions, and Euractiv’s Phillip Grull recently reported that Austria’s telecom-regulator RTR has decided to postpone the auction of 5G frequencies, originally planned for April, due to the corona pandemic.

Van Gogh theft. The theft of the Van Gogh Spring Garden painting earlier this week from a Dutch museum highlights the need for technology to be used in the fight against art crime, according to Stephen Howes, renowned art dealer at Thomas Crown Art, a company that uses blockchain technology to track artworks.

“Tracking these valuable pieces and registering their records creates a chain of custody that documents their ownership and transfer,” he said. “This can include noting the pieces’ auctions, sale values, shipment and other verified information without disclosing sensitive personal data of the owners.”

Photonics. The photonics industry is an emerging but already consolidating market, with more than 100 acquisitions per year. But does Europe lack a financial market for the technology? EPIC’s Carlos Lee explores.

A few Council working parties are happening next week, including a gathering between telecommunications and information society experts on April 7.