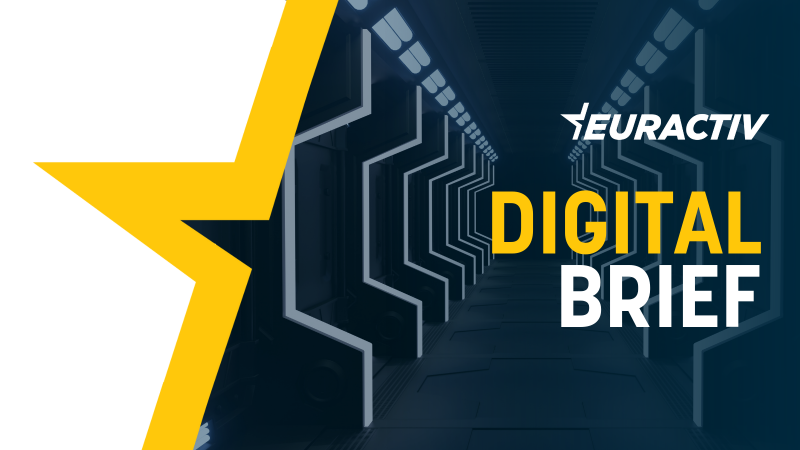 “We will be careful not to go the extra mile in decreasing the freedom of speech.”

-Věra Jourová, Vice-President of the European Commission for values and transparency

Story of the week: Enforcement of the Digital Services Act will be centralised in the hands of the European Commission, as far as very large online platforms (VLOPs in Brussels jargon) are concerned. That is the main takeaway of the latest (and potentially last) compromise text shared by the Slovenian Presidency on Friday evening, just before a long weekend.

The change in the enforcement architecture followed a clash between Ireland and France on the country of origin principle, with Paris pushing for a way out of the ‘enforcement deadlock’. As Dublin managed to rally support around the principle, the French strategy shifted to empowering the Commission instead. Macron himself threw his weight on the proposal during the latest European summit.

“Everyone accepts the idea of a hybrid model for governance and a central role of the European Commission for VLOPs as regards systemic risks,” an EU diplomatic source told EURACTIV. “The open question might be the articles regarding the relationship between the Digital Services Coordinators (DCS) and the Commission,” a second diplomatic source said.

However, the result might be to pass the ‘hot potato’ to the European Commission, which will have to decide on content moderation issues in cross-border cases. Asked by EURACTIV, Commission VP Vera Jourová said during a press conference that the Commission will be very careful not to restrict freedom of speech, noting that the DSA focuses on illegal content. That is, if the scope is not changed during the trilogue negotiations, of course.

Even if the scope remains the same, what is illegal in one country might not be illegal in another. A country like Germany has a specific law criminalising speech that denies the Holocaust, an approach not shared by several EU countries. Without even mentioning the anti-LGBT laws in Hungary, the EU executive has good reasons to be nervous. Read more.

Don’t miss: For those wondering what will be in the Data Act, the leaked draft impact assessment EURACTIV got hold of this week offers some clarity. Or at least, it clarifies that many things are still unclear, which is probably why the proposal failed the review of the Regulatory Scrutiny Board last week. A stakeholder that had the chance to review the impact assessment described it as ‘really tricky to figure out’ and ‘all over the place’, probably reflecting internal tension among the different Commission services in charge of the files. The focus is on general conditions for consumers and businesses to access the data they help generate, obligations to share data with public authorities, ‘switchability’ and extraterritoriality. Read more.

Before we start: An amendment to the proposed Digital Services Act (DSA) has stirred debate between the media sector and those working in anti-disinformation fields over just how much content moderation power online platforms should have when it comes to material produced by news outlets. In this episode, Aurore Raoux of News Media Europe explains why the media sector places such importance on the amendment. 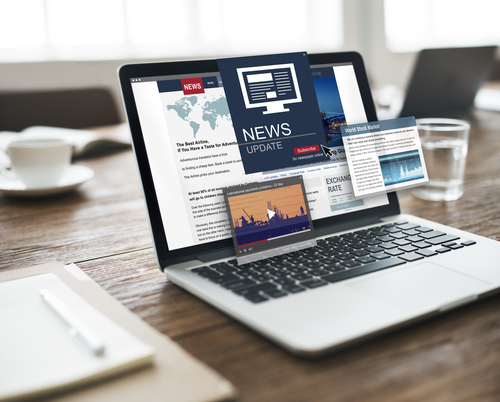 A message by Google

People around the world are looking for ways to do their part to help the planet — and they want businesses to step up their efforts too. This is why recently, we shared several new ways people can use Google products to make sustainable choices — from choosing eco-friendly routes to searching greener flights. Continue Reading >>

Facial recognition finale. Facebook is shutting down its FaceRecognition system, removing the capacity for people to be automatically identified in photos and videos. More than a billion records of people’s faces held by the company will be deleted, Meta announced this week. The company said, “this change will represent one of the largest shifts in facial recognition usage in the technology’s history.” However, critics note the company is not deleting DeepFace, the facial recognition tool it created through deep machine learning, and that they will continue to explore this technology for “positive use cases in the future.”

Google News, take two? This week, the Spanish government announced that it had adopted an EU copyright directive allowing third-party online news platforms to negotiate directly with content providers. The move opened the door for the return of Google News, which left the country in 2014 over legislation requiring it to pay a collective licensing fee for the republishing of headlines or news snippets. Sure enough, on Wednesday, Google announced that the news service would be available to Spanish users as of early next year.

Ad revenues take a dive. Changes to Apple’s iPhone privacy settings have cost Snap, Facebook, Twitter and YouTube almost $10 billion in the second half of this year due to their impact on ad revenues. The April introduction of the App Tracking Transparency policy, which means apps must seek permission before tracking user behaviour for personalised ads, saw many advertisers cut back their contracts with the major platforms, directing their efforts and funds elsewhere.

DSA debates. An open letter signed by journalists, fact-checkers and disinformation researchers has asked members of the Internal Market committee, currently reviewing the DSA proposal, to reject an amendment passed by other committees. The amendment would prevent online platforms from removing or limiting access to material produced by media outlets. The debate over the amendment is gathering steam. While the signatories argue that such an amendment would hamper the fight against disinformation, the media sector sees it as necessary to protect against the over-restriction of editorial content.

Cybercriminal’s best friend. The senior vice-president of Apple slammed the “sideloading” allowed under the DMA, describing it as a “cybercriminal’s best friend”. Speaking at the Web Summit in Lisbon this week, Craig Federighi said that the practice, which allows for multiple app stores, would be a step backwards in terms of security. App developers, however, see it as a way to redress Apple’s dominant market position. Read more.

Economy over politics. Stakeholders in the tech sector have warned that investments in semiconductors should not be guided by political considerations alone, stressing that market demand might, in fact, be pointing somewhere else. The fear is that the EU’s upcoming Chips Act might rush into investing in sophisticated microchips without considering the actual needs of the European industry or that the offer of semiconductors might jump back in a few years. Read more.

Startup aspirations. Portugal is setting its sights on becoming a hub of tech innovation. At the Web Summit in Lisbon this week, economy minister Pedro Siza Vieira launched the Europe Startup Nations Alliance (ENSA), a body to support countries in creating the conditions for startups to thrive. The day before, he also announced the government’s plan to expand its Portugal Tech investment programme, which will direct an extra €250 million towards startups. Read more.

Funding the cloud. France will channel €1.8 billion into supporting the French and European cloud sector over four years, digital minister Cédric O announced this week, six months on from the government’s presentation of its “trusted cloud” initiative. However, enthusiasm was scarce among French cloud industry actors, who say they would have preferred a public procurement-based approach. Read more.

Opt-out. Slovakia will not invest in satellite internet connections as a way of bringing connectivity to out-of-the-way locations, unlike other countries pursuing the EU goal of widespread, accessible digital infrastructure. Read more.

Concentration focus. The French Senate will launch an inquiry into media concentration in France after a proposal by the Socialist, Republican and Environmental Group was accepted by the body’s Law Commission. Senators will explore the conditions that have led to concentration and the impact on democracy. Among those who could be called on to appear at the enquiry’s hearings is billionaire media owner Vincent Bolloré.

Resignation calls. Whistleblower Frances Haugen has called on Mark Zuckerberg, CEO of Meta, formerly known as Facebook, to resign. Haugen said the company would benefit from a leader willing to focus on safety. Haugen, who released a tranche of documents to the press after leaving her position, reiterated her previous criticism of the company.

For the whistleblower, the fact that the company decided to invest in virtual reality instead of ensuring minimum security systems are in place shows the company’s tendency to prioritise profit over safety. Facebook has pushed back against this argument, labelling it as a ‘false choice’ and stressing it has invested $13 billion in safety since 2016. Zuckerberg also made it clear just last week that he has no intention to resign. Read more.

Disjointed statement. In an alleged joint statement with Facebook, Kazakhstan this week announced that it had been granted exclusive access to Meta’s content reporting system. However, a Meta spokesperson disputed this, saying that Kazakhstan had received the same treatment as any other country. Kazakh officials, however, continue to insist that the statement had been aligned and agreed with Facebook. Read more.

Tell us your footprint. A new law passed by the French Senate seeks to reduce the environmental footprint of digital technology. The bill follows findings by the Senate last year that the digital sector could account for 6.7% of the country’s greenhouse gas emissions by 2040, an alarming rise from the 2% it was responsible for in 2019. Among obligations, the law lays down a requirement that telecoms operators make public the details of their efforts to make greener changes. Read more.

Green-tech. Digital technologies could be the key to unlocking carbon emissions reductions in sectors previously considered challenging to push for change in, according to a Commission official. Reliable metrics, data spaces and green finance are all likely to play a crucial part. Read more.

On our radar: Frances Haugen tour de force continues in Europe, as she testifies before the European Parliament on Monday (8 November) and in the French parliament on Wednesday (10 November). Next week is a crucial one for both the DSA and DMA, with what should be some of the last shadow meetings among relevant MEPs. On Monday, the last Council working party on the DMA is expected to take place, with adoption by COREPER planned for Thursday. Monday will also be a crucial day for the DSA, as EU diplomats will be discussing the enforcement structure. Final approval on the DSA is currently planned for the COREPER on the following week (17 November). The EU’s General Court is also due to deliver its decision on the Google shopping case on Wednesday.

What else we’re reading this week: