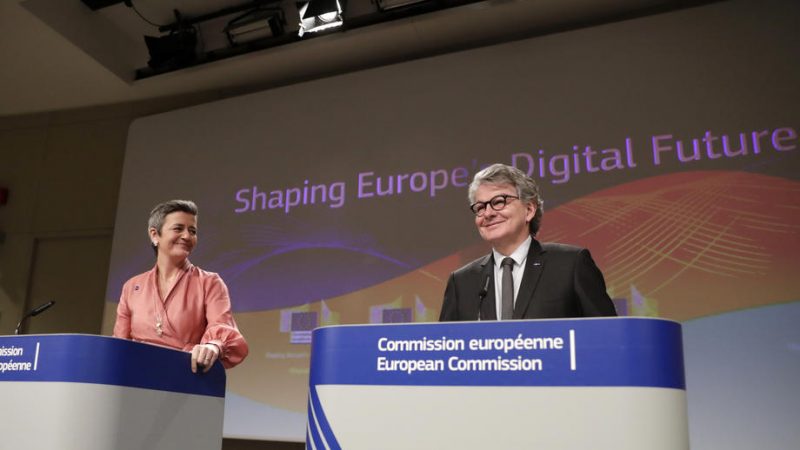 The document reveals that EU officials are looking into the possibility of postponing until 2021 the Digital Services Act (DSA), the Commission’s attempt to regulate the online ecosystem. The measures would set new rules for certain types of online content, including harmful content and political advertising.

The DSA will also include a review of the e-Commerce Directive and an initiative on the ex-ante regulation of platforms. “This package…is important to deliver on Commission priorities but maybe less urgent in terms of timing as it is a regulatory initiative,” the document states.

However, the document also states that there is the need to align elements of the DSA with the European Democracy Action Plan, which is still on course for Q4 of this year.

These measures, the Commission considers, should be maintained because “disinformation has been highlighted by the president as a major issue in the current crisis,” and the “transparency of political ads is an important aspect,” the document reads, adding that the Democracy Plan should precede the Digital Services Act.

The potential deferrals of the Commission’s working programme come after the Secretariat-General carried out a preliminary assessment of the most urgent initiatives. The changes to the timeline still require approval from the College of Commissioners.

Further delays to the digital agenda include a legislative initiative on common chargers for mobile phones, which is set to be pushed back until 2021, as well as the possibility of postponing a review of the Roaming Regulation, which was planned for Q4 2020 but may now manifest in Q1 2020.

Moreover, follow-ups to the Commission’s White Paper on Artificial intelligence, including a ‘horizontal initiative on Artificial Intelligence’ could be postponed to Q1 2021, but no later, the document states.

Areas in which the executive will seek to maintain current timings include the review of the NIS  Directive [network and information systems], slated for Q4, as well as the report on GDPR application in June, a topic which has become more relevant in the context of the use of data amid the coronavirus outbreak.

“We call on the European Commission to review the 2020 Work Program and set up clear, transparent criteria for prioritising those measures which would directly support the immediate recovery,” a statement from the association read.

Meanwhile, Malte Lohan, director-general of Orgalim, also said earlier that technologies had a vital role to play in mitigating the downsides brought on by the coronavirus outbreak.

“Europe’s technology industries will have a decisive role to play in ensuring a rapid and sustainable upturn in the wake of the COVID-19 pandemic,” he told EURACTIV in emailed comments.

“If the right choices are made now, this crisis can provide an opportunity to accelerate Europe’s twin digital and climate transitions and reinforce its global competitive position.”