The European External Action Service (EEAS) has denied media reports that it toned down allegations made against China as part of a report into state-led disinformation campaigns, following pressure from Beijing.

“We have never bowed to any alleged external political pressure,” an EEAS spokesperson told EURACTIV on Sunday (26 April), following reports that Chinese diplomatic representatives had sought to block an EU report which brought to the fore Beijing’s role in peddling fake news in the context of the coronavirus.

Chinese officials in Brussels had originally been alerted to the publication of the report following a leak in Politico last week. The EEAS eventually published a public version of the document last Friday (24 April), which still levelled accusations against China, but had also toned down its language in confronting Beijing so directly for its role in disseminating fake news. 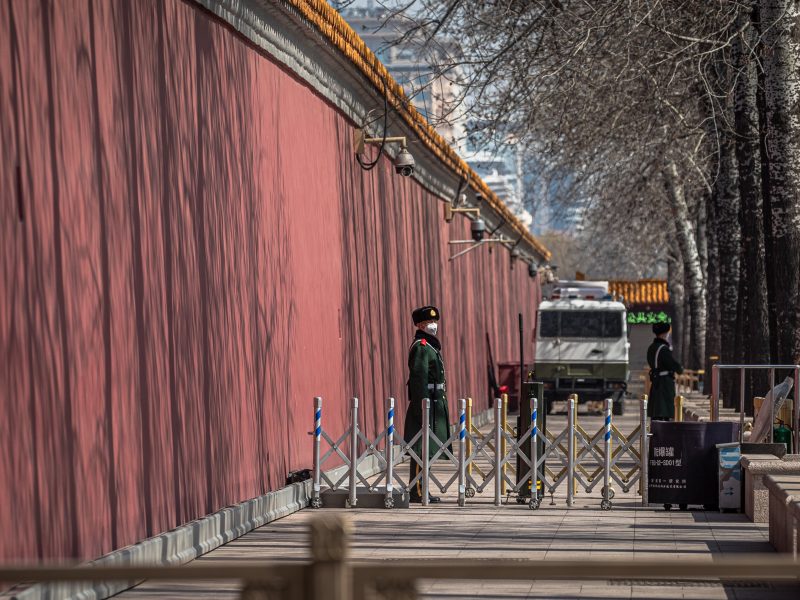 This led to accusations that the EU had backed down over singling out the country following pressure from Chinese officials.

However, according to the EEAS, the two documents were different in nature because one was intended only for internal use while the other was ‘edited’ for public consumption.

“The allegations seen in some media refer to the fact that there are two different documents.  One, the Information Environment Assessment, is a document for internal purposes. The other one, the EEAS special report (or snapshot overview), is for public consumption,” the EEAS spokesperson said, explaining that public reports often contain similar information to internal documents.

“As is the case for all publications, there are internal procedures in place to ensure the appropriate structure, quality and length and particular attention is paid to ensure that the phraseology is unassailable.”

Meanwhile, the largest group in the European Parliament, the European People’s Party, said on Monday that it is “revolted” by the reports that the EEAS bowed to Chinese pressure.

“I urge High Representative Josep Borrell to fully explain in detail and without any delay, what happened to the report”, said Sandra Kalniete, vice-chairwoman of the EPP in charge of foreign affairs.

Not the first time

Should the EEAS be found to have backtracked on confronting China directly in its report, it would not be the first time in recent weeks that its boss, the EU’s top diplomat Borrell, has been publicly forced to appease Chinese resentment against the EU.

Amid the current coronavirus outbreak, Beijing has been quick off the mark in being seen to offer assistance to various EU member states with vast donations of medical equipment, which EURACTIV recently surveyed.

This led Borrell to criticise the move, saying that a ‘politics of generosity’ is being played out amid the spread of the virus, in which “China is aggressively pushing the message that, unlike the US, it is a responsible and reliable partner.”

This, in turn, led to the news that the Chinese telecommunications firm Huawei had taken umbrage with Borrell’s comments and, as a result, were looking at reviewing their mask donation programme to Europe.

Borrell then toned down his stance against China, saying that the EU appreciates all support from global partners.

More broadly, EURACTIV was informed over the weekend that the EEAS Strategic Communications and Information Analysis Division, which had originally been mobilised as part of the East Stratcom Task Force in 2015 and has predominantly analysed disinformation emanating from Russia, has recently expanded its competencies to focus more on China.

Nonetheless, the EastStratCom Task Force’s capacity to deal with fake news coming from Russia has previously been a concern highlighted by the European Commission, whose former vice-president, Andrus Ansip, said that the budget for the body, currently at €5 million, is far from enough when compared to the resources the Russians have at their disposal.

In 2017, two additional Task Forces were established, focussing on Europe’s South and the Western Balkans.